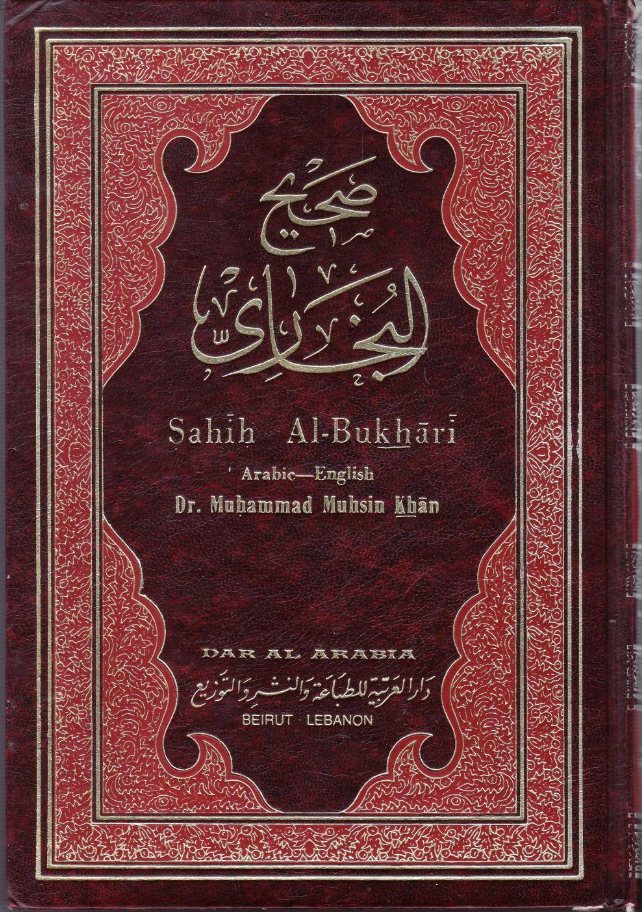 The famous translator of the Quran into English (who co-translated it along with the erudite Dr. Muḥammad Taqī al-Dīn al-Hilālī), and the first person to translate the Ṣaḥīh of Imām al-Bukhārī into English, Dr. Muḥammad Muḥsin Khan, passed away in the morning of July 14th  at the ripe age of 97, إِنَّا لِلَّٰهِ وَإِنَّا إِلَيْهِ رَاجِعُونَ – in the Blessed City of Madinah. His funeral prayer were held in the Ḥaram al-Madanī, followed by a burial in the most blessed cemetery of Baqī.
I was fortunate to interact with him a few times during my years in Madinah, and there are some amazing stories and personal anecdotes that perhaps I’ll share one day.
He was born in 1927 in Afghanistan. During a time when hardly anyone studied in the West, he completed his medical training in England in the 1950’s, and was offered a prestigious job in the newly-formed Kingdom of Saudi Arabia, during the time of King Abd al-Azīz, as the director of the new military hospital in Taif. He was not at all religious (as he himself told me), and only accepted the job because it was a lucrative offer.
When the Islamic University of Madinah opened in 1961, he was transferred there because he was one of only a handful of doctors qualified in the country who was a Muslim (and only Muslims can live in Madinah!).
In Madinah, he saw the Prophet ﷺ in a very vivid dream; he asked Sh. Bin Bāz, who was the Rector of the University, the interpretation of that dream, and the Shaykh replied that his dream meant he would somehow benefit the Sunnah. Dr. Muḥsin remarked,

“I was shocked – I was no scholar and my training was in medicine. I didn’t know how I could benefit the Sunnah, until I realized that I was fluent in English and the most important works had not yet been translated into the English language.”

He, therefore, decided to dedicate his life to translating what he could.
He understood that he needed some scholarly help, so Sh. Ibn Bāz assigned him Dr. Taqī al-Dīn al-Hilālī (d. 1986) , another very important and interesting figure (he was of the first batches of scholars who studied Islamic Studies in the West, having completed his PhD in Germany under Nazi rule!). Although Dr. Hilālī was more fluent in French and German than English, he knew enough English to help Dr. Muḥsin, and together they embarked on the translation of the Quran, after which Dr. Muḥsin continued onwards to translate the Ṣaḥīḥ on his own. 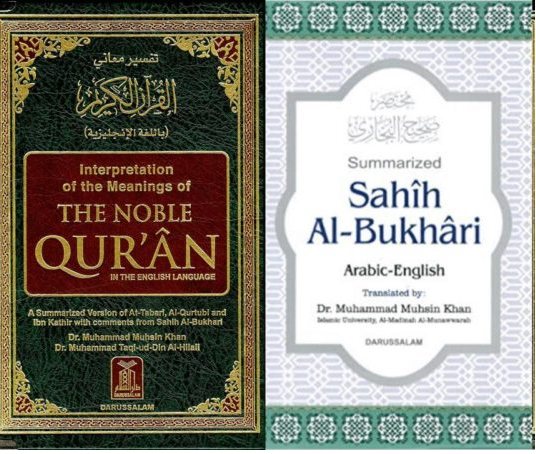 On a personal note, when I first decided to study Islam and learn Arabic (back in 1991!!), the only Arabic-English book that I had was Dr. Muḥsin’s translation of the Ṣaḥīḥ. So, I spent that year going over the Ṣaḥīḥ, learning Arabic by comparing the side-by-side English/Arabic printing that I had (I had the edition pictured in the header, but a very old copy from the 1970’s that was in my father’s library). That personal study afforded me the opportunity to skip two levels out of the four levels of Arabic training that the University gave to non-Arabs, and so instead of spending two years in the Arabic Institute (known as the Ma’had), I spent only one. [Warning: do NOT attempt this at home – learn Arabic in the proper manner, and not like I did from a translation!!!!].
Therefore, when I first met Dr. Khan as a student in Madinah in 1995, it was such an honour for me, and I told him my story about how his work was my first exposure to learning Arabic and to the Sunnah. I also told him that I planned to study in the College of Ḥadīth (which I started in 1996). He made a very special and private du’a for me that I will always cherish and ask Allah to accept his du’a.
Of course, it should be pointed out that these translations are not without their shortcomings, and indeed much can be said about methodological and linguistic errors. But the point is that all such pioneering works need to be seen as paving the way for better works. He did something when no one else did, and for that we shall forever be grateful, and we expect Allah to reward him for his efforts. It is our job to work on those projects and better them.
May Allah forgive Dr. Muḥammad Muḥsin Khan his sins, exalt his ranks, accept his works and deeds, and admit him to Jannat al-Firdaws!
آمیـــــــــــــن یارب العالمین
Link to article :  A Short Bio of the late Dr. Muhammad Muhsin Khan رَحِمَهُ ٱللَّٰهُ
Share
Facebook Twitter Pinterest Linkedin