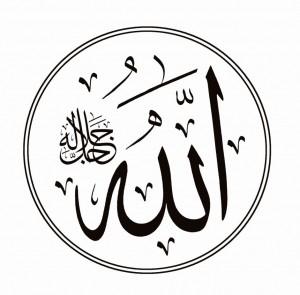 This man doesn’t know what is necessary of the Creator, and what is impossible of Him.

Indeed, His existence is not like the existence of atoms (jawāhir) and bodies which must have a location. “Below” and “above” only apply to what can be faced and gotten opposite to. Now, what is gotten opposite to has of necessity to be bigger, smaller, or equal to what is opposite it––but this is what applies to bodies. Whatever faces bodies may be contacted, and whatever can be in contact with bodies, or be separate from them is originated since it is known [in science of Kalām] that the proof that atoms (jawāhir) are originated is their capacity to be contacted or separate. Thus, whoever permits [contact and separation] for God makes Him originated. If they maintain that He may not be originated in spite of His being susceptible to contact and separation, we will not be left with any means to demonstrate that atoms are originated.

It has already been established that coming together and becoming separate are among the inseparable attributes of whatever occupies space. However, the Real (al-Haqq), high and exalted is He, may not be described by the occupation of space because, if He did occupy space, He would either have to be at rest in the space He occupied, or moving from it; whereas, He may neither be described by movement nor stillness; nor union nor separation [since these are the attributes of things which are contingent and originated, not of that which is necessary and eternal]. Whatever is contiguous or separate must have a finite existence. Then, what is finite has to have dimensions, and what has dimensions needs that which particularises its dimensions [and whatever has a need can not be the God and Originator of the cosmos].

Notice that Ibn al-Zaghūnī claims above [Ibn al-Jawzī had quoted from one of his books] that He did not create things in His Essence (dhāt); therefore, he presumes it is established that they are separate from Him. [In refutation of this claim] we declare [that is, Ibn al-Jawzī] that the Essence of the Transcendent God (dhātuhū al-muqaddasah) is beyond having things created in it, or that things should occur in it. Now, material separation in relation to Him requires of Him what it requires of substances [namely, that He be defined by finite limits]. Indeed, the definition of location is that what occupies it prevents a similar thing from being found there; [whereas, nothing is similar to God in any way].

It is apparent that what [these anthropomorphists] presume is based on sensory analogy. Their inability to conceive of a reality beyond material experience led them into bewilderment, and to liken the attributes of the Transcendent God to the attributes of originated things [that is, to commit tashbīh]. Indeed, the bewilderment of some of them reached such a degree that they declared: “The reason God mentioned His ascension (istiwā’) on the Throne is that it is the nearest thing to him.” Obviously, this is preposterous because nearness in terms of distance can only be conceived of in relation to bodies [whereas, in relation to the Transcendent God who is not a body, it is inconceivable]. Others declared that the Throne is opposite what confronts it of the Divine Essence (dhāt), but not opposite the entire dhāt. This, of course, is explicit in saying that God is like a body (tajsīm), and that He is susceptible to division. I am at a loss to understand how a person [who believes such heretical nonsense] has the audacity to ascribe to our school of law [that is, the Hanbalī madhhab]!