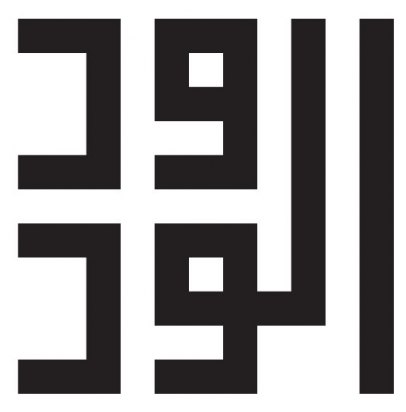 Regarding the beautiful and majestic names of our Creator and of the names that are mentioned in the Quran is the name al-Wadud.

The name al-Wadud comes from

the verb ‘Wadda’ (وَدَّ). And the verb Wadda means ‘to love’ but it is not just any type of love.

All of us we know the main word for love in arabic ‘Mahabbah’ (الْمَحَبَّة) and ‘Hubb’ (حُبّ) but al-Wadudd is not from this verb : ‘Habbah’, ‘Yuhibbuh’.

It is from another verb : ‘Wadda’

So of the names of Allah, is a name that deals with love but it is not the primary verb for love. It is another verb.

So what is the difference between ‘Mahabbah’ and ‘Wudd’ ?

What is the difference between the primary verb of love in Arabic which is ‘Mahabbah’ and this verb that Allah uses to derive his name from.

Our scholars have mentioned that the arabic word ‘Hubb’ or ‘Muhabbah’ can be used for any type of love. It is the most generic verb for love but ‘Wudd’ is a specific subset of love. Wudd is a special type of love and of these specialties of wudd is that when you have this type of love you want to benefit the person whom you have this Wudd for.

As well, it is a nurturing love and that is why it’s very common to have this verb to describe the love that a mother has for her child.

It’s a nurturing love. As well, one of the unique things, the verb Wadda, yawaddu and mawadda never has a romantic or sensual connotation.

It is a noble love. It is a love where you want to genuinely benefit the other. Also, some of our linguists have said that one of the characteristics of the word Mawadda is that you actually want to
be with the other person or you have a desire or yearning to be with that person either in thought or in proximity. So Allah Azzawajal is al-Wadudd.

Of the differences between Wudd and Mahabbah, our scholars have said Mahabbah is what is in the heart and Wudd is what is shown in your actions of love.

So Allah’s love is demonstrated and not just abstract.

Whereas Mahabbah could be in the heart but never demonstrated. So Wudd, al-Wadudd is a special type of love. That Allah’s love is manifested in action.

Whereas Mahabbah is not necessarily manifested in action and when it comes to Allah Subahnawata’ala, the name of al-Wadudd has two meanings :

number one : the one who shows love and

number two : the one upon whom love is shown

This is also an interesting name as well because there is unfortunately a common misunderstanding especially amongst some non muslims that the Quranic God is not a God of love, that your God, the God of Muslims is not God of love.

So the first meaning, the one who shows love for his servants.

This means that a Allah Subhanawata’ala desires good for them.

And this is the meaning of al-Wadudd, that Allah loves the creation even though there’s no selfish reason for that love. We love because there’s always something coming back to us. We love money, we love comfort, we love water, we love food, we love our children .. (and so on).

We love things that will benefit us. There’s a selfish element in each and every love. But Allah’s love is unselfish because Allah doesn’t need us, we need him. Allah created us, we need Him, He does not need us at all.

So al-Wadudd is the one who shows love and Allah Azzawajal mentions in the Quran that He created us to show us this love and mercy.

This is a Quranic concept that Allah says in the Quran :

And to show mercy is why Allah created the creation.

So Allah created the creation, the default is that Allah will love and show mercy to the creation but some of the creation choose to reject that mercy.

But the default, I created them for what ?

So Allah Azzawajal is al-Wadud. And every single facet of our creation demonstrates this. Our khalq, our entire body; Allah says in the quraan, that He is the one who created you and He perfected your creation.

(formed you and perfected your forms) 64:3

We are in the best fashions, the best mold.

Allah says in the Quran

Don’t you look at yourselves,
Didn’t We give you eyes

Allah Azzawhjal’s blessings are mentioned as a manifestation of His love and Allah Azzawajal mentions in the Quran,

Didnt We create for you the heavens and the earth

So every facet of creation is a manifestation of Allah’s love. So much so that Allah says in the Quran that of his blessings

and has granted you through your spouses, sons and grandsons   Quran 16:72

And every parent knows the greatest love in our hearts, is what ? It is the love of our children

and has granted you through your spouses, sons and grandsons, and has provided you wholesome things as sustenance.  Quran 16:72

He gave you every blessing.

So this demonstrates the name of Allah, al-Wadud : one who shows love

The second meaning of al-Wadudd was : the one who is shown love by the creation.

So al-Wadudd, the one who shows love, also al-Wadudd means the one upon whom love is shown. IE the object of love, the beloved and of course Allah Subhanawata’ala mentions in the quraan, that we know this, loving Him is the primary element of worship.

Our love for Allah is the most important manifestation of our belief in Him. Allah says in the quran, there are those who worship false gods and they love them along with loving Allah :

Those who believe are stauncher in their love for Allah.   Quran 2:165

Ibn Taimiyyah (rahimallah) mentions that the love of Allah Subhanawata’ala is a unique love because only Allah is loved for who He is.

Every other object that you love, and I mentioned this before, there is an element of selfishness involved. But Allah Azzawajal is loved for His perfection. Love of Allah will never come and hurt and harm us. Ibn Taimiyyah (rahimallah) mentions there is no love that you have for any created object except that, that very love will end up hurting you as well.

Now pause here, this is so true, it’s so true. Ibn Taimiyyah (rahimallah) as an amazing psychologist. Think about it. What hurts the most ?

It’s what you love when it’s taken away or when it causes you pain, right ?

The fact of the matter is, jokes aside, the worst problems come from within the family, right ?

Because you love them and Ibn Taimiyyah (rahimallah) mentions, there is no love that is a worldly love except that you will also be stung by that very love

But there is one love that you will never be stung by and that is the love of Allah Subhanawata’ala. As well he mentions that every love that you have, if you do not link it with Allah’s love, it is going to cause you harm in the long run.

Every love that exists must be linked with Allah’s love

So Allah is the one who is the most beloved. And to show love to Allah means to obey His commandments and to praise Him.

and the second pairing that occurs with the name Wadudd .. is al-Gafoor

He is the one who forgives and He’s the loving. So Allah Azzawajal links the name Wadudd to the name of forgiveness and this demonstrates for us when we should use the name al-Wadudd.

Number one, when we need some blessing from Allah. Raheemun-Wadudd ; when we want Allah’s Rahmah. So we need a job. We are tired or hungry or we are sick, we can use the name “ya-Wadudd, we need your help, you’re the one who shows love”

Number two, for forgiveness. When we need to be forgiven we raise our hands and we ask Allah :

As well, of the manifestations of Allah’s Wudd, is that he has placed love in our hearts for other creatures. This Wudd that we have, it comes from up there (Allah) because Allah is the Wadudd.

So he places Wudd in my heart and your heart. If Allah was not al-Wadudd, we would not have this love.

Where does this love come from ? It comes from al-Waddud and Allah mentions this in the quran explicitly multiple times.

For example, when it comes to spouses and the spousal love is a very special love.

What does Allah say ?

“Of his miracles is that He has created for you, spouses from amongst yourselves and He has placed between you two…….”

what words are used ?

Allah who is the Wadudd, has placed  Mawadda, in the hearts of the spouses and that is the miracle of marriage.

Otherwise, marriage will never last. It would not last but Allah the Wadudd has placed the Wudd of the two parties between each other.

The Wudd also exists between the family members. In another verse in the Quran :

Say (O Muhammad, unto mankind): “I do not ask you for this message any payment [but] only good will through kinship.”  Quran  42:23

some ulama have interpreted

That Allah is asking us to have Wudd for our family members.

And of course the famous verse in the Quran, that it was the miracle of Allah that those two parties became brothers together :

Even if you had spent everything on the earth, you could not have unified their hearts.  Quran 8:63
This is about something in the seerah about the groups that were having friction between them

So final point brothers and sisters, how then do we get to love Allah ?

How do we increase that love of Allah ?

Number two : we increase our love of Allah by loving his Rasool (pbuh)

Say, [O Muhammad], “If you should love Allah , then follow me [Allah’s Rasool], [so] Allah will love you and forgive you your sins. And Allah is Forgiving and Merciful.”   Quran 3:31

Lo! those who believe and do good works, the Beneficent will appoint for them love.  Quran 19:96

what does this mean ? Allah will give them Wudd ?

The love that we have for particular people, especially the righteous.
And I gave the example of a person who passed away last week : Mohammad Ali (rahimallah), and we hope that he is in the highest place in Jannah. Where did that love come from ? How did so many people love him ? Inshallah, we hope and we pray that, that love is a sign of divine love; those who believe and do good deeds Allah will write for them love.

Literally we raise our hands up to Allah and we ask Him like the Prophet(s) did.

“O Allah! I ask You for Your love and the love of those who love You, and for the love of every action which will bring me closer to Your love.”

What a beautiful duaa. Let’s memorize it.

May Allah Azzawajal grant us His love.
May He place in our hearts a love for Him and a love for the Prophet(s)