You Are Here » Home » Quran » Another Sign of the Quran’s Divine Origin? 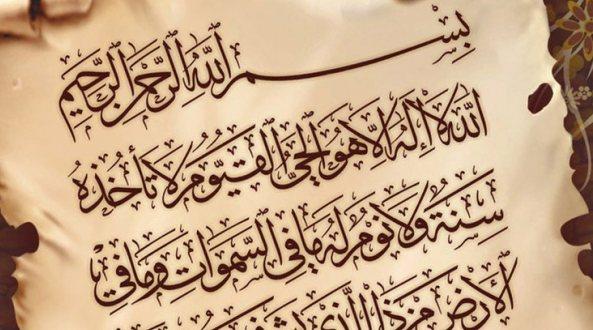 Muslims have developed several arguments that in their view prove that the Quran is indeed the word of god. Here are three examples of the evidence they put forward for the Quran’s divine origin.

1. The man who received the revelation Muhammad was known for his sincerity and integrity such that even his enemies called him al-Amin the trustworthy. He was persecuted, resisted offers to compromise, and steadfastly maintained his message for over 23 years. He died with very few material possessions having given away all his belongings to those in need. Historians have to conclude that he was sincere.

2. It is an extraordinary fact that the Quran speaks to the prophet. Commands him and even criticizes him. This is not consistent with the idea of Muhammad as the self-conscious author. The author declares himself to be the creator of the heavens and the earth.

3. The Quran makes mentions a wide variety of physical phenomena to teach mankind lessons. The statements are not intended to teach science, yet modern scientists are amazed at the accuracy of these statements. For example, the Quran says things about the development of the human embryo which remain accurate today. So it would have been impossible for a man in the 7th century to have known these facts with certainty. These and many other arguments together suggest a strong case for the divine origin of the Quran.

But I have always been impressed by the extraordinary convergence of the quranic teaching about the status and role of Jesus and the majority view of western new testament scholars on this issue. Unless the Quran has a divine origin how can we explain the remarkable agreement between those historians whose life work it is to uncover the truth about the historical Jesus with the quranic statements about his status, role, and teaching? Was Muhammad just very lucky to get it right just as he was most fortunate in his understanding of the evolution of the embryo and spot-on concerning the physical origins of the universe?

Is this extraordinary convergence yet another sign of the Quran’s divine origin? Let’s explore this in more detail: Who was Jesus of Nazareth, this is the title of the final chapter of a book by Professor Graham Stanton, a Professor of the bible at the University of Cambridge, called The Gospels and Jesus. I want to read you from the last two paragraphs. So this is the title of the chapter Who was Jesus of Nazareth?

The key to the story is the ending. Jesus went up to Jerusalem for the last time not simply in order to minister to its inhabitants. He went to Jerusalem in order to confront the religiou political establishment with his claim that the kingdom of God was at hand on the basis of his convictions about the presence, power, and the will of God. Jesus called for a re-ordering of Israel’s priorities. In that sense, he sought the renewal of Judaism. Renewal movements generally involve the discovery of basic principles and a call for loyalty to an inherited tradition. The Jesus movement was no exception. In due course what Jesus and his followers intended as a recall to basics led to the parting of the ways between Christianity and Judaism but that is another story.

Jesus certainly did not intend to found a new religion. He did not repudiate scripture though on occasion he emphasized some scriptural principles at the expense of others. With a few rare exceptions, he did not call in question the law of Moses but he did challenge some established conventions and priorities. Jesus believed that he had been sent by God as a prophet to declare authoritatively the will of God for his people. Acceptance or rejection of him and his message was equivalent to acceptance or rejection of God

Now compare and contrast this with what Jesus says in the Quran, about his ministry :

He [Jesus], said I am indeed a servant of God, He has given me revelation and made me a prophet.  Chapter 19 verse 30.

He, [God] will send him as a messenger to the children of Israel. Chapter 3 Verse 49.

I have come to confirm the truth of the Torah which preceded me and to make some things lawful to you which used to be forbidden.  Chapter 3 Verse 50.

When Jesus came with clear signs (of Allah’s Sovereignty) he says : “Now I have come to you with wisdom in order to make clear to you some of the points on which you dispute. Therefore fear God and obey me. God, he is my Lord and your Lord so worship Him. This is a straight path.   Chapter 43 Verses 63-64

And behold God will say [on the Day of Judgment] : “oh Jesus son of Mary did you say unto men : “worship me and my mother as gods in derogation of God ?” he will say “glory to Thee never could I say what I had no right to say. Had I said such a thing You would indeed have known it. You know what is in my heart. Though I do not know what is in yours. For you know in full all that is hidden. Never did I say anything except what you commanded me to say: worship God my lord and your lord and I was a witness over them while I lived among them when you took me up, you were the watcher over them and you are a witness to all things”.  Chapter 5 Verses 116-117

That this extraordinary convergence of the quranic teaching about the status and role of Jesus and the majority view of western new testament scholars deserves to be much more widely known and merits further research by Muslims and Christians.

But there’s another further piece of perhaps extraordinary evidence of this convergence and that is Jesus, the law, and the Quran which I have discussed before. Certainly certain early Christians claim that Jesus abolished the law with its commandments. One such individual was of course Paul of Tarsus who never met Jesus during the latter’s lifetime. In Paul’s letter to the Ephesians, he writes

Jesus has abolished the law with its commandments and ordinances. Ephesians 2 15

In Paul’s letter to the Romans, Paul told the Christians Jews, and gentiles alike that we are discharged from the law  7-6

Significantly other Christians claim that Jesus taught precisely the opposite.  That the law was valid in all its details. Matthew in his gospel attributes this view to Jesus.

Jesus is quoted as saying

Most Christians in my experience then ignore what Jesus is alleged to have said in the immediately following verses where Jesus insists on obedience to every commandment in the Torah.

Towards the end of Jesus ministry, Matthew quotes Jesus as saying

the scribes and the Pharisees sit on Moses seat, therefore, do whatever they teach you and follow it but do not do as they do for they do not practice what they preach Matthew 23

So according to this teaching, every commandment of the Torah is still to be followed even the least but confusingly Matthew has Jesus cancel some Torah laws. In Matthew 5 31 Jesus cancels the law about divorce found in Deuteronomy 24 and issues new a new regulation to replace it

Now there is a third possible explanation available, however and this is to be found in the teaching of Jesus in the Quran and in Professor Graham Stanton’s study of the historical Jesus in the book as we have seen. Stanton concludes with a few rare exceptions, he did not call in question the law of Moses, he did not repudiate scripture though on occasion he emphasized some scriptural principles at the expense of others.

Compare this to the Quran: I have come to confirm the truth of the Torah which preceded me and to make some things lawful to you which used to be forbidden.Chapter 3 Verse 50.

Exactly the same. I wonder if Professor Graham Stanton had been reading the Quran rather than examining anything else?

So Jesus did not abolish the law as Paul erroneously claimed and recall that Paul never met Jesus during his ministry and neither did Jesus teach his disciples to obey even the smallest commandment of the Torah as Matthew erroneously portrays Jesus as doing and it’s relevant to note here that most new testament scholars do not think that Matthew’s gospel is an eyewitness account but that’s another story. The truth is somewhere in between and it is to be found in the remarkable convergence I believe between the best new testament scholarship represented by moderate mainstream scholars such as Professor Stanton and the teaching of God himself in the Quran.

Now some people might harbor the suspicion that Stanton is the lone voice among the cream of new testament scholars. So let us take a note of another prestigious scholarly work: The New Jerome Biblical Commentary which I’ve mentioned in a previous talk. This is recommended by The Church Times as it can confidently be recommended as the one-volume critical exegetical commentary of the Bible in its commentary on Matthew 5 17 onwards. The New Jerome Biblical Commentary states

The problem arises because the plain sense of the words is that Jesus affirms the abiding validity of the Torah but this contradicts Paul.

There are contradictions within the New Testament on penultimate matters. Matthew 5 17-20 was written against the Hellenizing Christians particularly Paul and his followers

This last quote is a remarkable acknowledgment that Islam has much in common with the practice and beliefs of Jewish  Christians in the first century, Christians. Muslims though will not be surprised that the Quran gets it just about right and some may wonder if this extraordinary convergence is yet another sign of the Quran’s divine origin