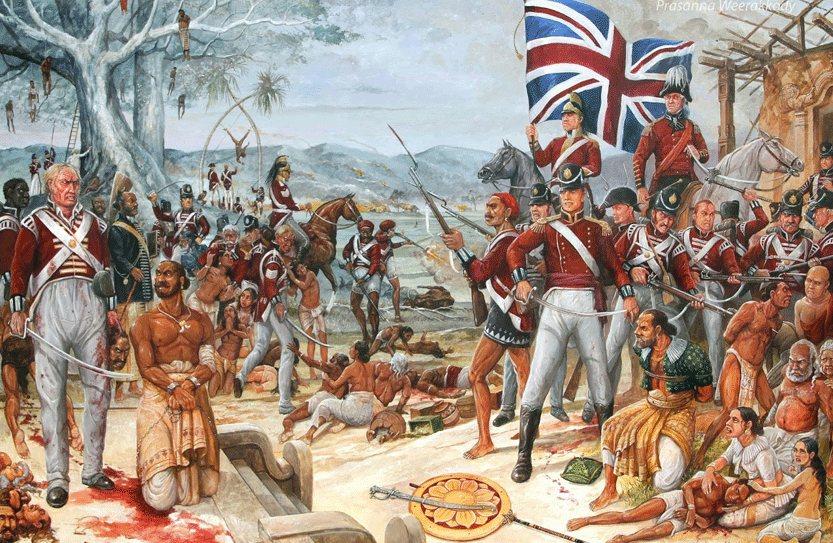 by Priyamvada Gopal via bigissue.com
March 9 2021

When Meghan Markle first arrived on the British media scene, the response was instantly racialised. Here, in the twenty-first century, was the apparently astonishing spectacle of a senior royal, Prince Harry, in a relationship with a woman, light-skinned and beautiful, to be sure, but ‘mixed-race’!

Media and public responses veered between exoticisation of Markle and the outright racism best exemplified by the Daily Mail’s ‘Straight Outta Compton’ jibe. Moreover, the tabloids added in tantalised tones, her mother was ‘visibly black’. That was certainly not something normally seen on the blindingly white balcony of Buckingham Palace where the royals undertake the hard work of waving benevolently to the teeming masses beneath them.

The potential change of colour scheme on that balcony may have prompted an unknown senior royal (or more than one) to express ‘concerns’ about the possibly darker complexion of the then unborn child of Meghan and Harry, also known as the Duke and Duchess of Sussex.

These allegations, made by the couple to Oprah Winfrey in a now famous interview, may have shocked many, but it is unclear why the possibility that there might be racism within a uniformly white and conservative family came as quite such a news flash.

The absurd notion, also peddled by the British media, that the monarchy is ‘colour-blind’ only testifies to the fact that the institution has never been called upon to include anyone who was not racialised as white. And so it has never had to acknowledge race at all except in the form of a series so-called ‘gaffes’, or unfunny comments about race and culture inflicted upon hapless outsiders by its patriarchs. To actually beget a descendant of darker shading or different features—well, that is a whole different matter.

Once Meghan’s formal admission into the royal family became an inevitability, the narrative in Britain shifted from remarking on the novelty of her ‘unusual’ ‘biracial’ background to asserting that she was a welcomed modernizing force. The monarchy could now smoothly ‘reflect’ a range of ordinary Britons and itself happily join the increasing number of mixed heritage families in the country.

My internet connection was moving mad like the royals at the beginning but I’m thankful my words could still be heard clearly.

A “colourblind” imperial institution doesn’t make sense. Time to be honest about that. #OprahMeghanHarry pic.twitter.com/rDJIvvy6u2

The apparent ‘warm’ welcome for Meghan was, we were repeatedly told, indicative of how much the institution known as The Firm had also changed. It was no longer stuffy and formal (imagine, Meghan was invited to Sandringham for Christmas before she was married!), and certainly not remotely troubled by the newcomer’s racial heritage.

But the narrative of a rapidly ‘modernising’ Royal Family, widely espoused in the commentariat and embraced by many Britons from black and minority ethnic backgrounds, relies on a historical amnesia.

I don’t just mean the amnesia around multiple well-documented — shall we say, “racially-tinged” — remarks made by family patriarchs, as well as the Queen Mother in her time. Remember Prince Charles telling a young Asian woman from Manchester that she didn’t look as if she was from there?

Never mind that we rarely, if ever, see pictures of the royals, the young ones included, in social situations where there are any people of colour at all: their friends are white, their chief courtiers are white, the extended family is lily-white. Let us even glide smoothly over the infamous ‘blackamoor’ brooch worn by Princess Michael Kent to her first meeting with Meghan.

Whiteness, an idea itself produced in the age of Empire, enabled Europeans, including Britain, to rule millions of people defined by their non-whiteness

How, though, can we overlook five centuries of an intimate relationship between the British Crown and the twin projects of enslavement and colonial rule? How does one separate this monarchy, directly descended from Victoria, first Empress of India, from the colonial project? Empire relied very fundamentally on white supremacy as the justification for ruling millions of black and brown people as, of course, did slavery. To be Queen-Empress or King-Emperor was to be the bejewelled and gleamingly white figurehead at the top of a race pyramid that was also a civilizational hierarchy which still shapes Britain’s official story and sense of itself.

Racial divisions were fundamental to empire’s workings and the imagined borders between races were strictly policed with a series of ‘miscegenation’ laws that marginalised or punished interracial relationships and progeny. It was assumed, as it still often is, that ‘race’ has a definitive biological basis so that terms like ‘white blood’ and ‘black blood’ were taken for unchangeable realities. Those thought to be born of ‘miscegenation’ were, in colonial parlance, ‘half-castes’ and both caste and race ideologies share a belief in a biological basis to the categories. Colonial cities were routinely divided into ‘black’ and ‘white’ towns, the borders of which were policed for fear of pollution and ‘contagion’.

Like colonial race-thinking, the British monarchy—and other institutions of its kind—is predicated on the notion of a biological and moral distinctiveness that is passed on genetically. Whiteness, an idea itself produced in the age of Empire, enabled Europeans, including Britain, to rule millions of people defined by their non-whiteness.

The royal right to rule, similarly, is underpinned by something called ‘royal blood’. Indeed, even now, the Queen’s direct female descendants carry the title of ‘blood princesses.’  Both monarchy and empire inextricably bound up with notions of racial distinctiveness and purity.

Okay. There is no situation in which 'concerns' about a baby's skin colour expressed by a family member are 'innocent' & 'casual'. Such speculation in any case is just for parents & private. Let's not pretend these things don't come with huge historical baggage & pain.

This is why the unknown royal’s ‘concerns’ about the skin colour of a descendant is not just about casual personal racism but deeply tied up to institutional anxieties about bloodlines, race and contagion. To have a ‘darker’ looking prince would be to make very visible, the commingling of ‘royal blood’ with that of ‘others’, not just by crossing class boundaries but the even more taboo racial ones.

To put it bluntly, any institution that relies on the notion of ‘bloodlines’ is constitutively racial—and inevitably then, racist. In some ways it does not matter which royal made the remarks about skin colour for what is at stake is the institution’s sense of itself as, ultimately, a guardian of something enshrined in ‘blood’.

This means that there is a larger question before us than the simple measure of building a more ‘inclusive’ royal family and a British aristocracy with a few black Dukes and brown Duchesses thrown in for good measure.

Harry’s own gung-ho commitment to British militarism is unlikely to allow for a full reckoning with race and empire, or even a properly critical look at the background that once enabled him to dress up as a Nazi for fun.

Although freedom struggles against imperial rule ultimately succeeded in much of the empire, the monarchy has never distanced itself from the project of the empire or the ‘imperial family’ to which Elizabeth II dedicated herself on her 21st birthday. It has certainly never acknowledged how it profited from it, or spoken of the damage of racism (‘too political’).

Instead, the colonies were quietly transformed into ‘the Commonwealth’ over which Elizabeth now presides—a position that will be bequeathed to Charles, to her great relief. Since there were no difficult truths acknowledged, there was no reconciliation to be sought. Britain could continue to consider itself the political and moral beacon for its former colonies, its erstwhile ‘pupils’.

In this dishonest and amnesiac project, Harry and Meghan were keen to be fully involved. However justifiable their upset and hurt, neither Harry nor Meghan—whose bridal veil had all the flowers of the ‘Commonwealth’ embroidered on it to represent the couple’s planned work—has acknowledged that beyond family strife exacerbated by racial divisions, the institution has deep-seated problems around white supremacy, race and empire. Indeed, Harry’s own gung-ho commitment to British militarism is unlikely to allow for a full reckoning with race and empire, or even a properly critical look at the background that once enabled him to dress up as a Nazi for fun.

What the rest of us can see now, however, is that race is not just a ‘problem’ that can be solved with titles and flummery. It is not a passing remark from an aging family member. As it was for the British empire, whiteness and white supremacy are bedrocks for the monarchy. How can an institution that is built on such foundations be simply rendered ‘modern’ and ‘reformed’? Perhaps the question answers itself.