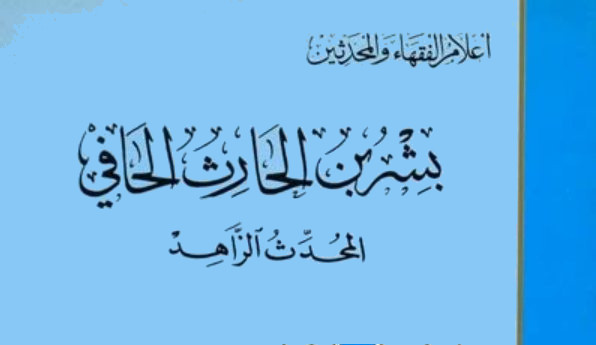 All human beings are fallible, liable to err and to sin. This is true of even the most revered saints. What is necessary is to cleanse oneself of all sins through repentance, asking forgiveness with remorse and a firm commitment not to sin again: Allah accepts the repentance of those who do evil in ignorance and repent soon afterwards; to them Allah will turn in mercy… (al-Nisa’, 4.17). There have been many people who committed great sins in their lives, but then repented so deeply and sought forgiveness with such sincerity that they could not take food and drink with ease (let alone with pleasure) on account of their grief for their past sins. Some sincere believers, like the Prophet Adam (peace be on him), were unable to raise their faces toward heaven, they felt such shame for what they had done. Since they regarded their faults as a sort of rebellion against Allah, their consciences were ravaged by the pangs they felt because of their fault and they became very alert to the possibility of a second lapse. The repentance of one who does not feel sorrow and remorse in the heart cannot be considered as true repentance. In fact, this saying of the Prophet Muhammad, peace be upon him, proves that this is really so: Repentance is remorse. Therefore, it is not the commission of sin that is odd but the failure to achieve a true repentance. Also, people should not be condemned for their past sins; rather, bearing in mind that the gates of Allah’s mercy and forgiveness are wide open to all, what should be weighed is their present life and their positive conduct.

Examples can be studied in the lives of the Successors of the Companions of the Prophet, upon him be peace, and the Successors of the Successors, of knowledge (‘ilm), virtue, good conduct and courtesy. One of these great individuals was Bishr bin Harith رَحِمَهُ ٱللَّٰهُ‎ , born in the year 152 after the Hijra, in the village of Bekird or Mabersam in Merve. He was well- known by his patronymic Abu Nasr. Bishr was an alcoholic and incurable frequenter of taverns. One day, while walking, he noticed on the ground a piece of paper which had been trodden upon. He stopped, bent down and saw that the word Allah was written on it. He went to a shop and with his last money bought musk, amber and rosewater with which he cleansed the piece of paper. He then placed the paper away from where people’s feet might go, to express respect for the Name. That night, one of the saints of that time had a dream, in which he heard this:

‘Go and tell Bishr that he cleansed My Name with musk and amber and I cleansed his name and purified him from all. I swear by My Glory that I will make his name loved and ennobled in this world and in the world to come.’

The one who dreamt this had known Bishr very well, and was most surprised because, to the best of his knowledge. Bishr had done nothing so remarkable as to deserve such honour. He meditated a while and made wudu and then went back to sleep. The same event recurred three times, with the saint dreaming the same dream successively three times. He came to the conclusion that his dream must be a truthful one. The following day he set about looking for Bishr, and eventually located him in a tavern. He sent a man to fetch him out of the tavern. Bishr did not want to come out and asked why he should. The man said that the one calling him had a special message for him. Bishr still would not come out, now wanting to know who this special message was from. The man returned to Bishr from the saint with the explanation that the message was from Allah. This time Bishr did not want to come out because he feared that he was about to be rebuked by Allah. However, when the saint sent the assurance that Allah would not rebuke him but, on the contrary, had good news for him, Bishr decided to come out. Bcfore leaving the tavern, Bishr turned to the people in it and bid them farewell with the words:

‘The Friend and His friends have sent me an invitation. I am going and you will never again see me in such places. And yourselves also, I leave to Him.’

No one saw Bishr in such places again. His life of wretchedness was over. From that time on, even though he was thoroughly converted to a decent life and had renounced all bad habits, there was one thing he never left behind him. That was the shame and the feeling of accountability for his former life. He despised worldly pleasures, became most particular and subtle about everything, and vowed never to return to those days. Also, he was never again seen wearing any shoes. Asked why, he said:

‘When I decided to renounce my former life and vowed not to return to it I was barefoot. So, because of (the memory of) that I become ashamed lest I should break my promise and return to my former ways.’

Because he went barefoot, he earned the nickname of al-Hafi.

Later, Bishr moved to Baghdad, settled there and began studying Islamic sciences, attending the talks and lectures of many eminent scholars of the age. He then travelled to Makka, Kufa and Basra to study further and expand his knowledge.

He was extremely particular and sensitive about what is halal (lawful) and haram (forbidden). He avoided eating doubtful things to such an extent that he once drank sea water, in view of the slight chance that the money with which the sultan provided water free for the people might have been earned through injustice, oppression, or other Islamically unlawful ways. He turned a deaf ear to the call of his self (nafs) and suppressed it by contradicting it each time. Even though his nafs desired to eat meat, he did not eat any for forty years. In fact, he did not earn so much as to afford meat. He avoided eating sweets in order not to spoil his nafs. He spent his days in hunger or continual fasting. Against the advice of those who tried to persuade him to eat, he said

In this way he urged people to mildness of conduct, sweet temper and frugality.

Whatever he did, Bishr wanted to do it just to earn the pleasure of Allah and utterly shunned publicity. He never sought to justify himself or what he did in the eyes of others. On the contrary, in true humility, he considered himself as lower than others. He did not attach much importance to the worldly life and always criticized and disapproved of people who sought the favours of governors and sultans.

Bishr had great intelligence (‘aql) and wisdom. He never gossiped about or slandered people. One of the scholars of his time, Ibrahim Harbi, remarked that

‘Baghdad has not raised a man who was wiser and who defended his tongue from idle talk and slander better than Bishr. People observed him for fifty years and had not witnessed him slander any one. It was as if he had an intelligence for each hair on his head. I never saw a man so virtuous as Bishr’.

Bishr was profound in reflection and reasoning. He held that not to commit sins and not to be disrespectful towards Allah is only possible through reflection and judgement, and that believers should thank Allah profusely for their iman (faith), which is one of the greatest of His blessings. Bishr’s sister, Zubdah, recounted this incident:

‘My brother Bishr visited me one evening. He came up to the gate of the house. He opened it, put one foot inside, suddenly stopped and fell into reflection. He stood still there during the whole night one step in and one step out in deep contemplation. I waited for him to come inside, but he did not. When the dawn was breaking, I could not keep myself from asking what he reflected so seriously and profoundly upon.

Bishr replied: “I have been thinking that there are Christians, Jews and Zoroastrians who also have the name Bishr. My name and theirs are the same, but I am a Muslim and enjoy the greatest blessing of belief in Allah while they do not. So what a great blessing it is! And what could befall them in the Hereafter who keep from such a blessing of Allah?”

Abd al-Rahman Abu Hatim narrates this from Bishr himself:

‘I saw the Prophet Muhammad, peace be upon him, in my dream. He asked me, O Bishr! Do you know why Allah raised you to such a high rank among your equals? I said, I don’t know, O Messenger of Allah. And he said, Because you follow my Sunna, serve the cause of righteousness, give good counsel to your Muslim brethren, and love my Companions and Family.’

Bishr bin Harith passed away in Baghdad in the year 227 after the Hijra. Many eminent scholars have recorded that people set out to bury his body after the morning prayer but only reached the place of burial at the time of the night prayer (isha) because of the sheer numbers who came to pay their last respects to so sincere a brother of theirs. May the blessing of Allah be upon him and his equals!

‘I saw Bishr in a dream after his death. I asked Bishr how Allah had treated him, He said, ‘Allah forgave me and made the half of Paradise halal (permissible) to me.’