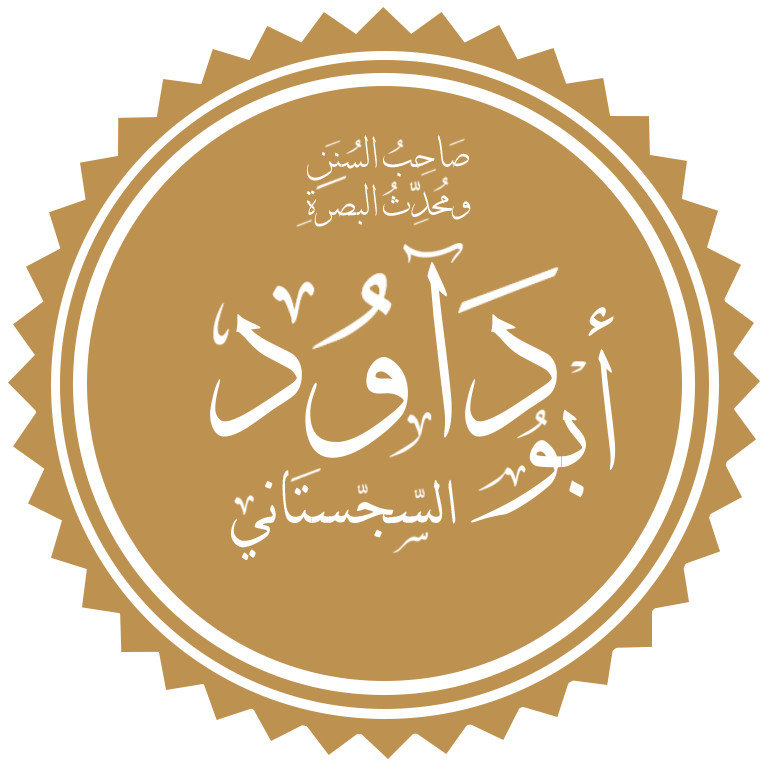 Sulayman ibn aI-Ash ‘ath ibn Ishaq ibn Bashir al-Azdi al- Sijistani رَحِمَهُ ٱللَّٰهُ, who classified the Sunan anthology, was born in 202 AH. He studied Hadith, listening to it being reported by a large number of scholars in Hijaz, Syria, Egypt, Iraq, Persia and other places. He is quoted by top scholars such as al- Tirrnidhi, al-Nasa’i and many others. His teacher, Ahmad ibn Hanbal, relates a hadith reported by him. Abu Dawud also showed him his own book for peer review and Ahmad commended his work. Muhammad ibn Ishaq al-Saghati says:

Abu Dawud is quoted as saying:

‘I have included in my book only what is authentic or very dose to being authentic. If I include a hadith that is clearly suspect, I make sure to point this out.’

‘Abu Dawud was, without any doubt, the leading figure among Hadith scholars in his own time.’

Abu Dawud’s Sunan is one of the books of Hadith which have received universal acceptance. It has been the subject of much care and attention by leading scholars of Hadith, placing it among the top reference books throughout all periods of Islamic scholarly history. It is considered the third or fourth pillar supporting the elevated structure of the Sunnah. Shaykh al-Islam Yahya ibn Sharaf al-Nawawi, who wrote a commentary on Imam Muslim’s Sahih, says:

‘Anyone who studies Hadith, and indeed all people, should certainly study the Sunan by Abu Dawud and know it welL Most ahadith. forming the basis of rulings arc included in it. Coupled with this are its distinctive qualities of easy reference, and the expertise and attentive care of its author.’

‘This book has become the final say in any dispute. It is the reference point for scholars of integrity and diligence. ‘

The book has received great attention by scholars who commented on it and annotated it. Perhaps one of its best and most useful commentaries is Shara  Ma’alim al-Sunan by Hamad ibn Muhammad ibn Ibrahim al-Khattabi (d. 388 AH). It includes many discussions of profound insight and useful detaiL  One of the more recent commentaries on Abu Dawud’s Sunan is ‘Awn al-Ma’bud by Shams al-Haq al- ‘Azim’abadi. This commentary has been published many times, with recent editions in 14 volumes plus 2 volumes of indexes.