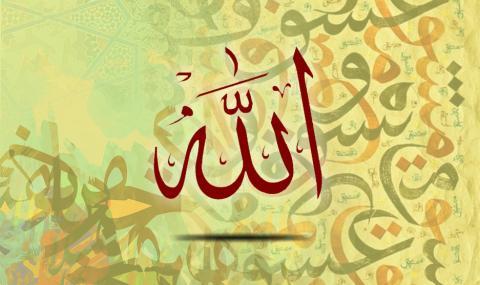 This is one of the Ḥadīth which concerns the attributes [of Allāh]. There are two schools of thought (madhhab) in regards to such Ḥadīth both of which I have discussed repeatedly in the chapter Kitāb al-Īmān. The first madhhab is to believe in it without concerning oneself with its meaning, while maintaining categorically that Allāh, hallowed is He, does not resemble anything, and maintaining that He transcends the attributes of created things [which madhhab is called tafwīḍ ]. The second madhhab is to interpret (ta’wīl) the Ḥadīth in a way which is commensurate with His greatness.

So when she said that He is in the sky, it was known that she was one of those who maintain the uniqueness of Allāh (muwahhid), and not a worshipper of idols.

al-Qāḍī ‘Iyāḍ said : There is no disagreement whatsoever among any of the Muslims–their fuqahā’ (experts on the rules of the Sharī‘ah), their muhaddithūn (experts in the science of Ḥadīth transmission, and criticism), their mutakallimūn (ulamā’ of Kalām; that is, dialectic theology), their polemicists (naḍhār) and their ordinary followers (muqallid)–that the outward meaning of those texts [from either the Sunnah or the Qur‘ān] in which it is mentioned that Allāh is in the sky is not meant [literally]; for example, the words of the Exalted:

“Are you assured that He who is in the sky will not cause the earth to swallow you up?”

These and similar texts [which mention that Allāh is in the sky or seem to imply that] are not to be taken literally ( ‘alā ẓāhirihī); rather, according to them all [that is, all the Muslims and the experts of every field of the Sharī‘ah as mentioned above], they are to be taken idiomatically (mu’awwalan). So whoever from among the muḥaddithūn, and the fuqahā’, and the mutakallimūn asserted the upward direction (jihat al-fauq) without specifying limit or modality did so only by interpreting in the sky to mean over the sky [that is, He whose authority, or power is over the sky]. Whereas, whoever from among the great majority of polemicists (naḍhār), and mutakallimūn, and the people of transcendence (asḥāb al-tanzīh) denied that He had any limit, and maintained the impossibility of ascribing any direction to Him, hallowed is He, they interpreted the texts in a variety of ways according to the requirement of the context. They mentioned interpretations similar to what we mentioned previously [that is, in his commentary which, however, al-Nawawī did not cite].

Then he [al-Qāḍī ‘Iyāḍ] said:  I wish I knew what exactly it is that has united the People of the Sunnah and the Truth, all of them, on the necessity of refraining from thinking about the reality (al-dhāt) [of Allāh], as they were ordered [by the Lawgiver], and the necessity to keep silent about what perplexes their intelligences (al-‘aql), and to prohibit explaining how (al-takyīf) [is the divine reality], and in what form (al-tashkīl) [is it]. They kept silent and refrained from [thinking or speaking about the divine reality (al-dhāt)] not because they had any doubt about the Existent, or about His existence [but because they recognized that His reality is beyond comprehension]. Their silence does not impair their belief in His uniqueness (al-tauḥīd); rather, it is the essence of al-tauḥīd [for the recognition that He is other than whatever we imagine Him to be is a requirement of the transcendent perspective of al-tauḥīd]. Some of the ulamā’ overlooked [some of the strict requirements of the divine transcendence] and indulged in using the term direction (al-jihah) [in relation to Allāh] fearing to take unwarranted liberties [in interpreting the revealed texts of the Sharī‘ah]. But it raises the question of whether or not there is any difference between explaining how (al-takyīf) [is the divine reality] and between ascribing directions to Him. No doubt, the course which offers salvation from deviation for those for whom Allāh has ordained success is to restrict oneself to using such terms as the Law (al-Shar’) itself has used like “and He enforces His will over (fauqa) His slaves,” or the words “then He subdued [or took control; istawā] of the Throne,” while understanding such terms with reference to the verse which comprehends the universal principle of transcendence (tanzīh); namely, His word: “Nothing is like Him.” For reason can not accept anything which contravenes this universal principle of the Law. And that is the discourse of the Qāḍī, may Allah Most High have mercy on him – Sharḥ Saḥiḥ Muslim (Dar Ihyā’ al-Turāth al-‘Arabī ed. 5:24-25)