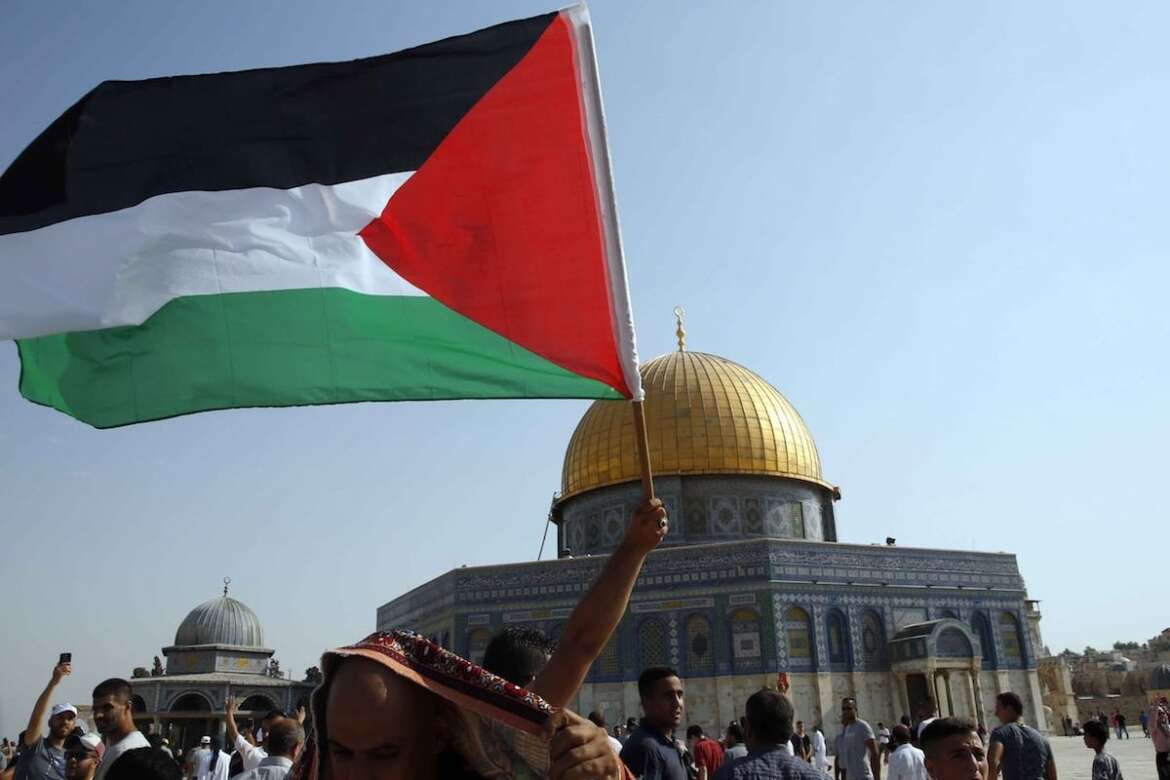 by Maher Abu Tair via  Arabi21.com

The results of what is happening in occupied Palestine are dangerous for the occupation itself, and if there were experts in Israel analysing the situation, they would reach conclusions that cannot be passed after these years.

After 73 years, on the eve of the anniversary of the founding of the occupation state, the anger that started at the Al-Aqsa Mosque and spread to all of Palestine, achieved much more impact than that of the military confrontation.

The first of these conclusions is that the Al-Aqsa Mosque is a line that cannot be crossed, no matter how much Israel tries to break this line, harm the mosque, allow settlers to enter it, or control who can and cannot enter it. This means that Al-Aqsa should be totally removed from the Israel’s calculations.

The second of these conclusions is that Israel is not accepted in the region in general, and is not welcome inside Palestine. Despite all of its the oppression, killing and displacement, as well as the attempts to divide Palestinians, their spirit remains united no matter where they are; Gaza, the West Bank, Jerusalem of within historic Palestine. The imaginary lines that were drawn over decades collapsed, to prove that there is one nation whose energies connected overnight for the sake of one thing. All of these people told Israel that it is an occupier and is not accepted.

The third conclusion is that killings and military force do not change the reality, because Israel has been killing, displacing and imprisoning for more than 70 years. Nothing has changed, and these people only get temporary security, which quickly collapses, and whenever a generation is abused, a new generation emerges that gains the same spirit and stands in the face of Israel in different ways. This means that the occupation’s ordeal is ongoing, and that the crisis will not stop. It also means that the attempts to ignore or overcome the root of the crisis, i.e. the occupation’s crisis, with temporary solutions will not lead to the stability of the occupation, on the contrary, each generation comes with different tools.

The fourth of these conclusions says that the attractiveness of the Israeli project is collapsing greatly. Even if an Israeli is not exposed to direct harm in these circumstances, they will ask themselves why they remain in these circumstances facing Palestinian rejection and danger. Why are they staying when no matter how much the state kills and oppresses, it cannot protect itself? This means that the desire of Israeli individuals and families to stay will greatly reduce and they will search for an alternative.

The fifth conclusion is that Israel itself is facing a crisis within itself; the crisis of the religious and the secular, and even the crisis of forming a government, which it keeps failing to do. The current situation will only add to the complications especially given the attempts to utilise the current pike in tensions in the struggle to form an Israeli government between caretaker Prime Minister Benjamin Netanyahu and his defence minister. They are trying to drown each other in this quicksand, in light of the military failure.

The sixth conclusion is related to countries that surround the occupation state. They have risen up and shown that they reject Israel and hope to seek revenge against its policies and practices against the Palestinian people and the region. It makes you wonder about how the occupation feels as it sees all this anger in Jordan, Egypt, Syria, Lebanon and other countries, and whether it is able to continue to remain indefinitely in an environment that is hostile towards it in every sense of the word.

Finally, the project to Judaise the state may not be pushed for harder, but the religious and ethnic cleansing projects have become impossible. Today, Israel is paying the price of the Palestinian demographic perseverance throughout historic Palestine, this is an indigenous and permanent presence, and they have their tools to use in defiance of the occupation and they cannot be softened, broken, or deported.

All of these conclusions, and others, say that Israel will not survive.