You Are Here » Home » Fasting and Ramadan » Despite Severe Israeli Restrictions, Over 70,000 Worshipers Pray at al-Aqsa, Friday night 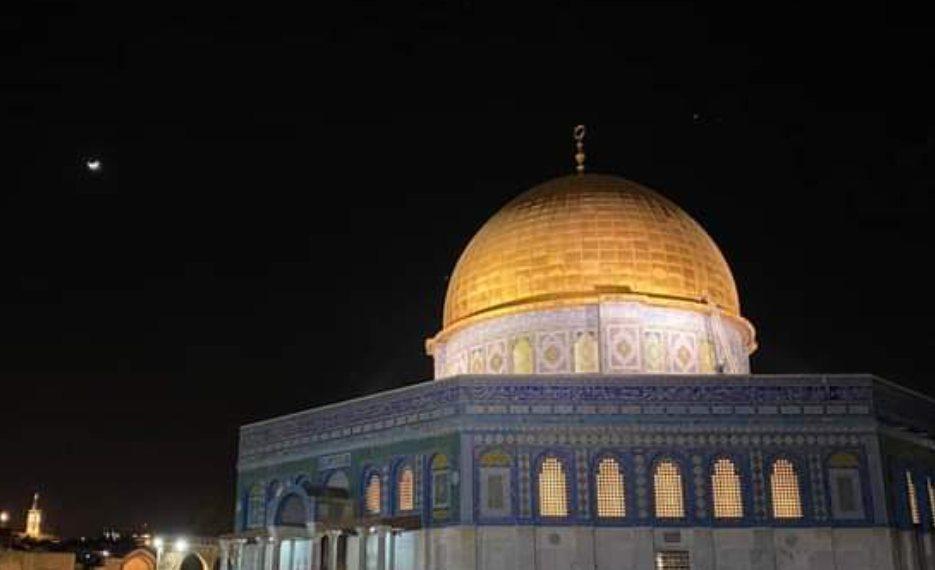 More than 70,000 worshipers performed Isha and Tarawih prayers at Al-Aqsa Mosque Friday night –  Ramadan 16 April 2021.  This despite the  Israeli military blocking roads and installing makeshift checkpoints around the mosque in occupied East Jerusalem.

Israeli forces blocked thousands of Palestinians from towns and villages of the occupied West Bank from reaching Al-Aqsa Mosque in the Old City of Jerusalem to perform the first Friday prayer of the holy month of Ramadan.

The Palestinian Wafa official agency reported that Israeli military forces blocked roads and installed makeshift checkpoints from the early hours of Friday around occupied East Jerusalem, allowing only small numbers to pass through.

More than  70,000 Palestinians, mostly residents of East Jerusalem and Palestinians inside Israel, made it through to the Al-Aqsa compound, despite restrictions in the city, according to Wafa.

In the Friday prayer ceremony, Sheikh Ekrima Sabri condemned Israel’s action to cut the wires of the Al-Aqsa minarets’ loudspeakers on Wednesday to prevent Palestinians from raising the call of prayer on the second day of Ramadan, which coincided with Israeli celebrations of Independence Day in the Western Wall Plaza, west of Al-Aqsa Mosque.

Jordan, the custodian of Muslim and Christian holy places in the Old City of Jerusalem, sent a letter to Israel condemning police action in Al-Aqsa in damaging the loudspeakers, saying that Israel should “abide by its obligations as an occupying power in occupied East Jerusalem in accordance with international law, to fully respect the historical and legal status quo and to stop provocative actions”. 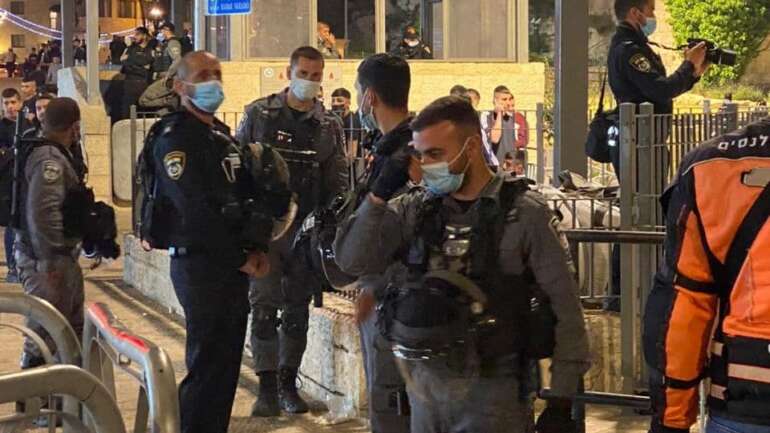 Israeli occupation police deployed in the vicinity of Bab Al-Amoud Damascus Gate, after forces re-erected checkpoints in the square. 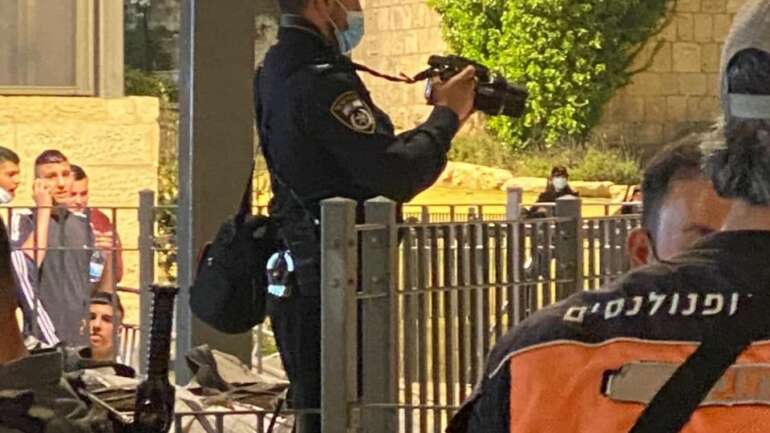 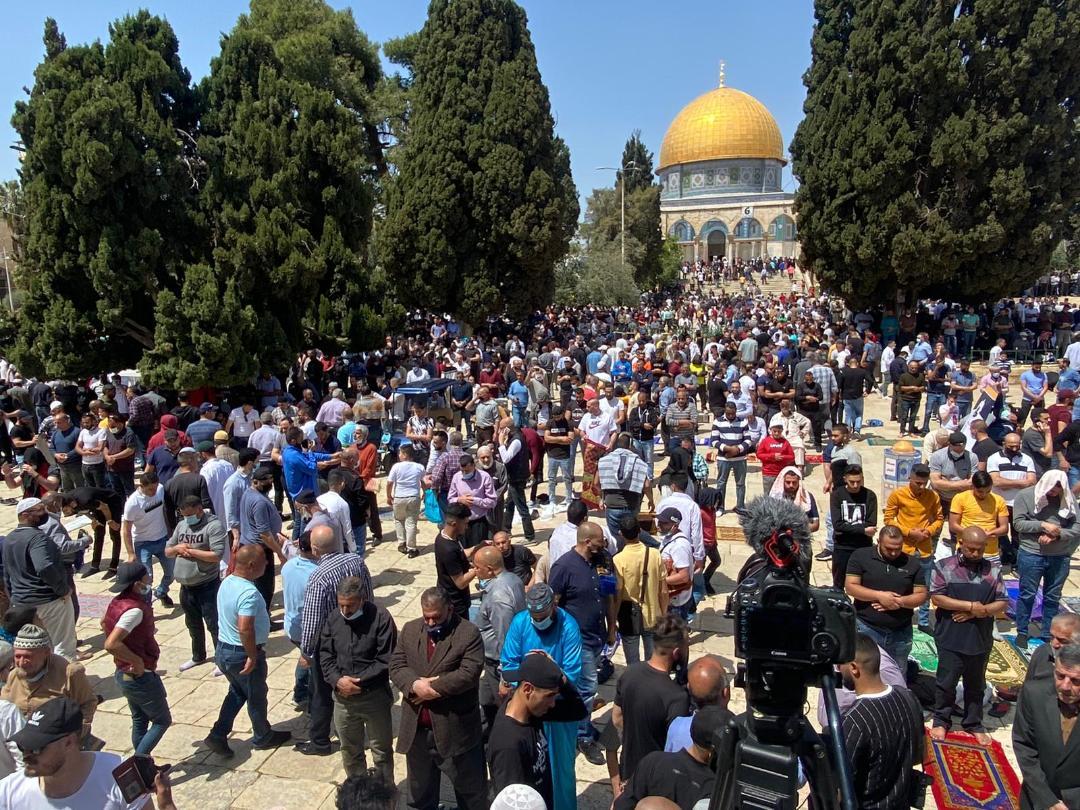 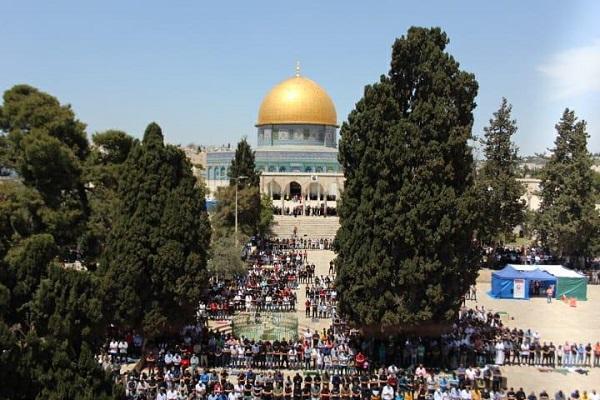 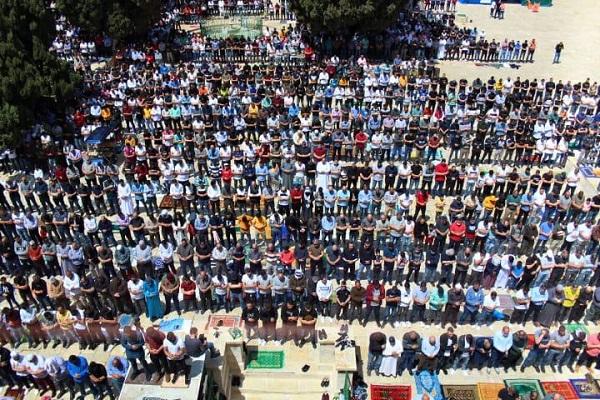 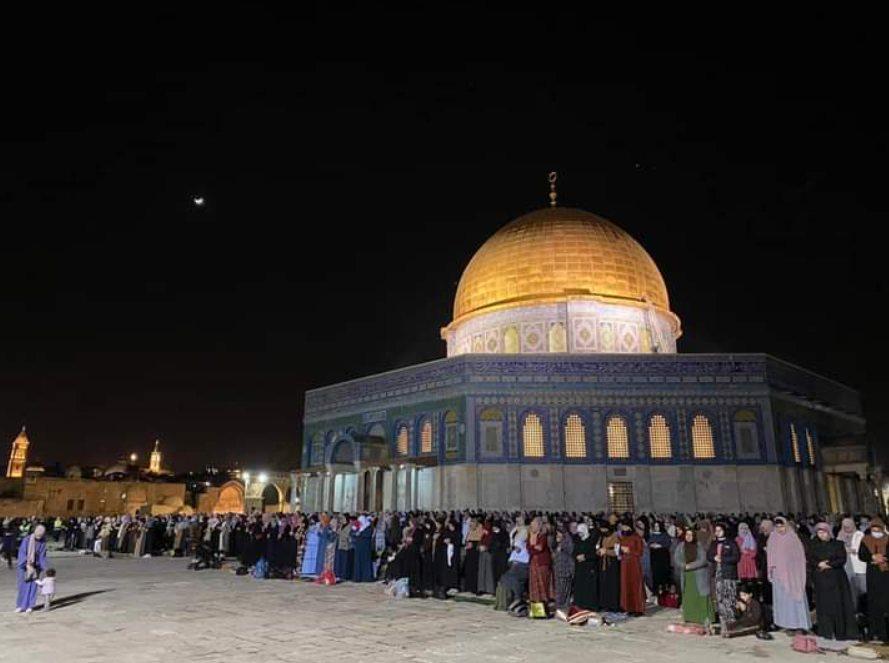 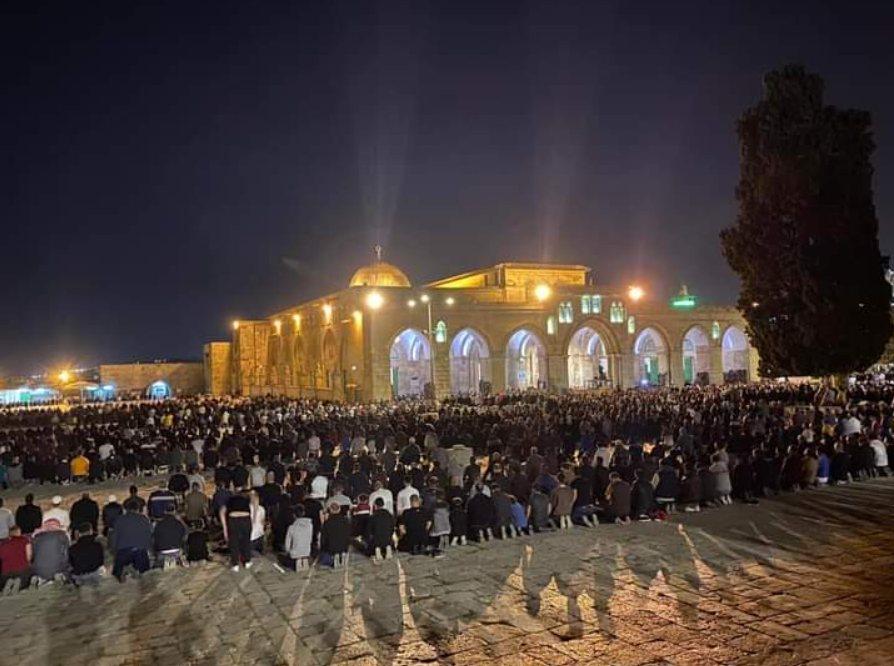 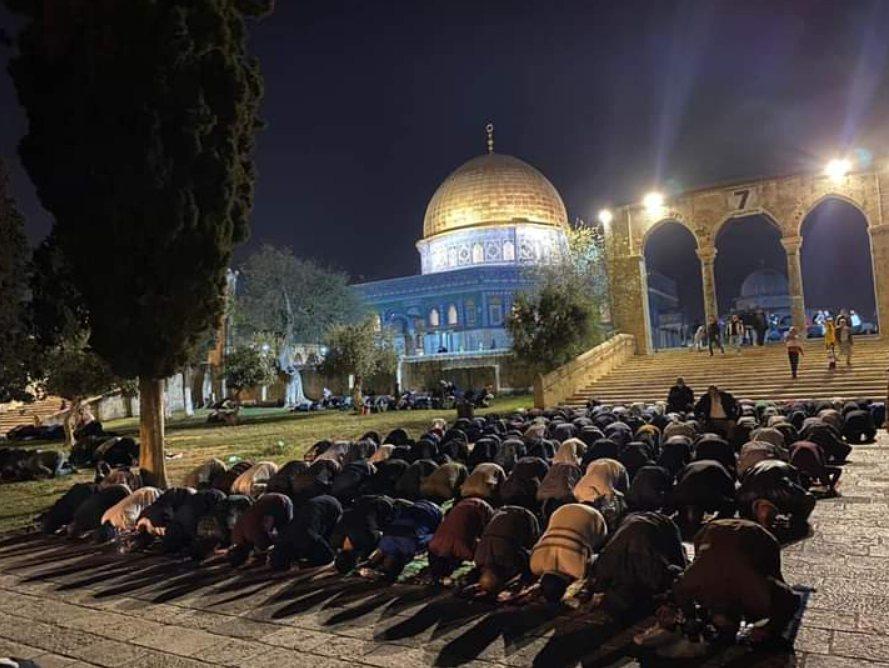