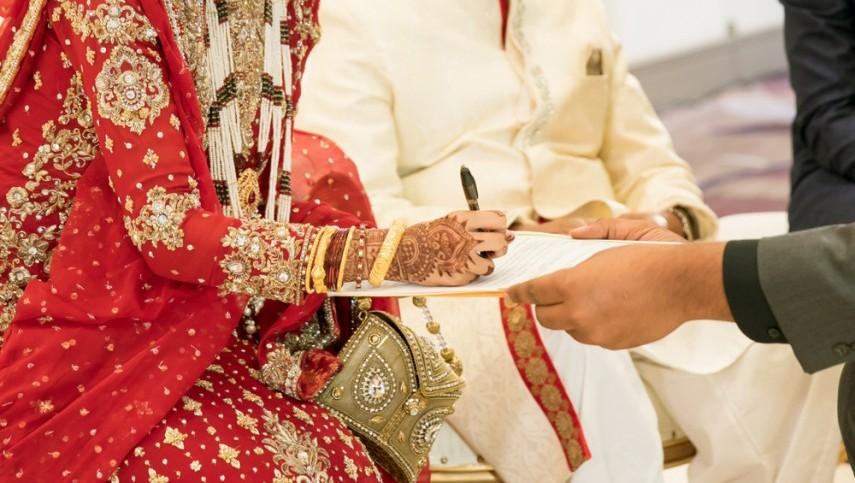 The dowry (Mahr) is considered as an honorarium in Shariah. It is presented by the groom to his bride, or stipulated at the time of marriage. It is considered as a gift, and not a price; for which a person may now think he “owns” his wife, thus making her status to be no more then an item. Nor must a person think that it is only a sense of duty; that he is not obligated to give her any monetary gift, he must only look after her and protect her rights. The reason Shariat has commanded a husband to give Mahr to his wife, is for the reason that when he brings her home; his duties are to honor and support her, and to give her a gift which is apt and fitting for her status. This is why the dowry cannot be so less that this line of reasoning is absent, nor so much that the husband ultimately cannot afford it (and passes away without paying it), or the wife absolves him from paying it.

Shariat’s viewpoint is, that the primary right of every woman is “Mahr-ul-Mithl”. The definition of Mahr-ul-Mithl is: the sum of the Mahr is predetermined by the same amount the women of that family usually receive at the time of marriage. If there are no other women in the family, then the amount will be gauged by the Mahr’s of other women outside the family (the women must all be of the same class). To receive the Mahr is a right of the wife. Due to this pre-condition; if the Mahr was not stipulated prior to the marriage, or it was not mentioned at the time of the ceremony, then Mahr-ul-Mithl will automatically become compulsory on the husband. Although if the wife does whole heartedly agree to a lower amount then what is her right (because of the Mahr-ul-Mithl), or if the husband happily agrees to more then the expected amount, then by all means it is permissible and commendable to do so. In light of this, Shariat never stipulated how much more a person can give, although the least amount is stipulated. The least amount a person has to give for Mahr according to the Hanafi Mathab is ten dirhams. Ten dirhams is approximately 2g & 7 ½ mg of silver, which is almost equal to $15 dollars (200 rupees). This limit means that even if the spouse consents to less, Shariat will not permit her to do so; she will have to accept the minimum amount. As any amount lower then this defeats the whole purpose of giving Mahr in the first place i.e. to show respect and honor.

This amount also keeps in mind those who are not financially well-off, therefore not being possible for them to give a large sum. If the woman agrees to this amount, then the marriage will be done, and he will be absolved of his responsibility. It is completely wrong and inaccurate to say that this amount ($15or200 rupees) is the real Mahr, as some people do. Some people go as far as to say that 32 rupees is enough Mahr. There are two things wrong with their statement: First of all, 32 rupees might have amounted to something before, but to take this as the only and permanent amount is incorrect. Second, they understand this amount to be a set amount, anything more should not be stipulated, which is totally wrong and baseless as well.

Some people say that the Mahr-E-Fatimi is also the Mahr-E-Shari, and this is not correct. If a person gives the Mahr-E-Fatimi with the intention of emulating the Prophet (Sallallahu alaihi wasallam)’s example, and to gain rewards by doing so, then he most certainly will get it. But to think that exceeding the amount of Mahr-E-Fatimi, or to go below is not permitted, is totally wrong. To increase or decrease the sum is not prohibited at all, though the two things that should be well thought-out are: that the amount is enough to be considered as an honorarium, and the amount is not beyond the ability of the husband. However, those who do discourage giving extravagant amounts do so with the reasoning that it will only be on paper; he will ultimately not be able to pay the full amount, and he will be sinful for that. The probability that it is being given for show and gaining praise is also there, and since good deeds should be done solely for the pleasure of Allah, this purpose will also be incorrect.

Hazrat Umar (R) had once said in a speech: “Do not give large amounts (for Mahr)”. A woman objected to this and said that “the Quran mentioned the word “Qintaar” which translates to: a heap of gold or silver!” After listening to her, he replied: “You are correct, as it is not prohibited in general terms. Meaning if it’s not done for show, he has the ability to pay the full amount, and has the intention for paying it as well, and then by all means he should do so. But if one of these is missing, then it will not be permissible.”

There are two types of Mahr: Mahr-E- Muajjal and Mahr-E-Mu`ajjal. Due to these terms being mentioned only in marriage ceremonies, most are not familiar with them. The definition of Mahr-E-Mu`ajjal is: that type of Mahr which becomes Farz instantly after the nikah. The premise is that the husband must pay the full amount immediately, or as much as he can. The wife will have the right to demand it anytime she wants. The women in our society (indo-pak subcontinent) are usually not in the habit of asking for it, so a person must not assume that he does not have to give it now. Rather, the husband must give her without her asking, and become free of the responsibility. The definition of Mahr-E-Muajjal is: that type of Mahr where both sides decide on an exact and unambiguous date. It is not Farz for the husband to pay prior to that date, and the wife cannot ask for it also, the premise being that he will pay on the mutually agreed date. Now in our society, it is said in the nikah that the Mahr-E-Muajjal is this much without specifying a particular date, which is understood to mean that the Mahr will only be payable in the occurrence of a divorce, or by the death of the husband.

Another thing that should be kept in mind is that the jewelry that is usually gifted by the groom has no connection whatsoever with the Mahr. It is meant only for usage; hence the wife cannot sell or give it away without her husband’s permission. Due to this clause, in the event the couple does get divorced, the husband could retain the jewelry. Yes, if it specifically mentioned that this jewelry is being given as the Mahr, then the wife will be the sole owner. She has the right to do whatever she wants with it, and the husband cannot take it back in any case.

In conclusion, we say that the Mahr is not just a custom, or something only printed on paper or security deposit for newly wed wife, but an element of Shariah and an integral part of marriage. Which, when being executed, should be done clearly and unambiguously (to avoid future problems), should be done with due thought, care, and caution, not hastily, carelessly, and impulsively. It should also not be done for show-off or gaining praise. It is a great injustice to your wife, that during your whole life you remain indifferent and nonchalant, and on your death bed you are forced to ask your wife for forgiveness.

* Mufti Muhammad Taqi Usmani is one of the leading Islamic scholars living today. He is an expert in the fields of Islamic Jurisprudence, Economics, Hadith and Tasawwuf. He has been writing on various Islamic topics and is author of more than 60 books in Arabic, Urdu, and English and numerous articles. He has been imparting the knowledge of Hadith, for the past 45 years.