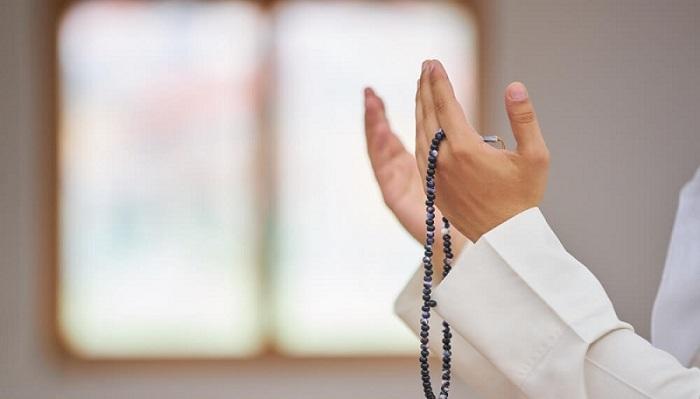 Allah likes his bondsmen to pray to Him. If a man, however munificent he may be, is again and again asked for anything, he sooner or later loses his patience and becomes angry. But Allah, on the contrary, is, pleased the more his bondsmen ask him. Hadith tells as that Allah is displeased with one who does not ask him for anything in prayer.

Praying is not only a means of realizing one’s purposes but is, in itself, an act or worship. In other words praying even for one’s personal ends and worldly needs is counted among acts of worship and earns merit. The more one prays the closer one gets to Allah. It is not necessary to pray only in times of need or of distress: rather, praying in times of pleasure and plenty is also necessary. A hadith tells us that one who desires his prayers in the times of sorrow and distress to be answered should pray in times of happiness and plenty. (Tirmidhi cited in Jami’ al Usui)

Allah has promised in Qur’an ‘Pray to Me and I snail fulfill it”. This Divine promise can never be wrong so one must pray with Belief and trust in its fulfillment. But fulfillment can take different forms; sometimes one gets what he prays for, but sometimes the desired object is not regarded by Allah as beneficial or useful to his bondsman and so he is granted something better in this life or Hereafter. Thus every act of praying has three advantages:

2. Every prayer earns merit; and

3. Repeated acts of praying bring one ever closer to Allah

Although the correct method of praying is to face the Qiblah and raise one’s hands and pray with tongue, prefacing the prayer with praise of Allah and darud, but one can also pray without these preliminaries too. Thus Allah has made the act of praying so easy that one can also, pray almost anywhere and at any time; one can pray while engaged in any activity and if one cannot intone the prayer as e.g. in lavatory, one can think his prayer.

Also it is not necessary to pray for big or important things; one should pray to Allah asking him to fulfil all one’s wants, big or small; hadith tells us to pray even when one breaks his bootless (Tirmidhi).

Consequently one should develop the habit of asking Allah to fulfil even the smallest need, to seek Divine amelioration of the most ordinary trouble. Just a child calls his mother for everything big or small, one should call and go on calling Allah. No matter what work one may be engaged in, one should always ask Allah for something or the other. Cultivate this habit and see how quickly you rise.

Although one should pray to Allah at all times or all one’s needs, our eternally blessed Prophet has taught us some specific prayers for special occasions at different times of night and day, e.g. upon waking up, when going to the toilet and coming out of it, when performing ablution, upon entering and coming out of the mosque, upon entering the house, before meals and after meals hearing the adhan, when dressing, when looking in the mirror, before falling asleep in bed.

These prayers are all-embracing and extremely useful for all our worldly and other-worldly needs. We, by ourselves, can never think of such prayers that the eternally blessed Prophet has taught us. These prayers are not time-consuming nor ablution is their precondition nor is one to raise his hands. If one commits them to memory, one reaps a very rich harvest both here and in the Hereafter.

Hence every Muslim must commit these prayers to memory. There are many books wherein they are listed. Maulana Ashraf Ali Thanvi’s “Munajat-e- Maqbul” has most of them. You should commit them to memory and ask your children to memorize them too.

One prays for one’s own needs and desires, but one should also pray for one’s relatives, friends, and Muslims in general as it is an act of great merit. There is a hadith that says that when a Muslim prays for any one of his brothers in faith in the latter’s absence angels pray for the same for him. (Sahih Muslim).

Hence if you come to know that any Muslim is in trouble or need, pray for him. In fact one should pray for the unbelievers too so that they may be Divinely guided on to the path of Islam. Thus one gets merit for We act of praying as well as for wishing well for others.

Seeking Divine pardon is an antidote for the poisoning of the human soul by sinning. Every sin against Allah, however heinous ‘if maybe, is forgiven if one seeks Divine pardon for it. Whenever a sin-great or small-is committed, it should be atoned for by seeking pardon, and even when no sin has been apparently committed, one should seek Divine forgiveness. Every Muslim knows that the eternally blessed Prophet Muhammad was free of all sin, but even then he has said that “I beg for Allah’s forgiveness seventy times or more every day. [Bukhari)

In one hadith the eternally blessed Prophet is quoted as follows: “Whosoever regularly seeks Allah’s pardon, Allah makes for him a way out of all tight corners, removes all his worries and grants him sustenance from sources he had never imagined”(Abu Daud, Kitab-al-Satat. Bah-al- Istighfar).

Hence one should cultivate the habit of seeking Divine pardon at all times and at least once a (lay, one should tell a hundred beads of Istighfar on the rosary.

One particular form of seeking Divine pardon has been particularly lauded in hadith, and it has been designated as Chief of all Prayers for Divine Forgiveness; it is given below:

Translation: Allah! You are my Sustainer there is no god but You, You Created me, I am Your bondsman and am to the best of my ability firm on my oath to You. I seek refuge with You against whatever I have done. Whatever boons You have showered on me, I invoke them and turn to You and i also turn to You against my sins. Hence forgive my sins because there is none save You who forgives sins.

Specially before going to sleep, one should briefly recall one’s shortcomings and wrongdoings of the day and seek Divine Pardon for them and Grace.