Faith leaders have spoken out against the EDL’s religious “recruitment drive”, which has seen the far-right group attempt to bond with Christians, Jews, Sikhs and Hindus on an anti-Islam agenda, according to a report by Faith Matters.

Rt Reverend Tony Robinson, Bishop of Pontefract, has often spoken out against the EDL.

He told The Huffington Post UK: “I attended the EDL march in Dewsbury and listened to their inflammatory speeches, set to appeal to Christians.

“Much came from fundamental misunderstandings, they said how they believed Sharia law would be implemented across Britain by next year, that they are the defenders of Christianity. 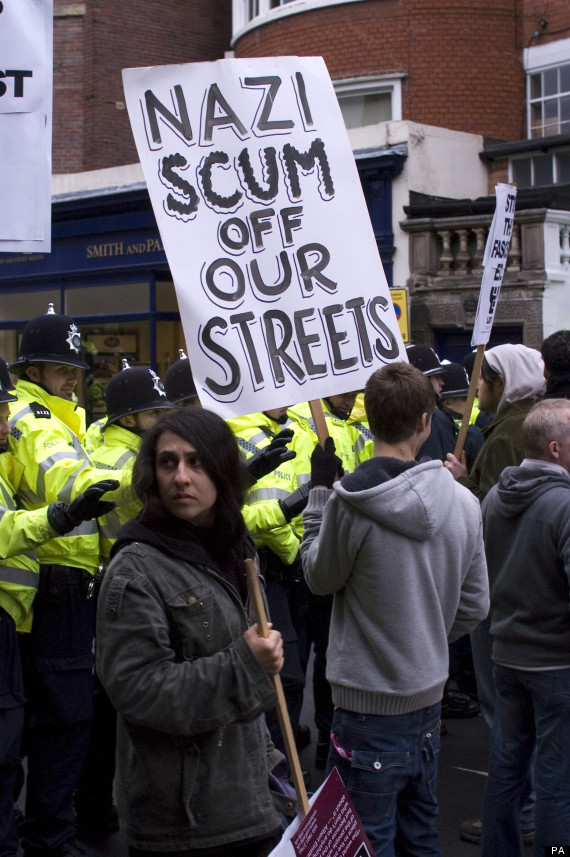 “Christians do not need defending in this way, and their attempts to appeal to Christians certainly has an ulterior motive.”

Varinder Singh runs the Turban Campaign, set up to counter “misrepresentation” of Sikhs by the EDL and far right groups.

He told The Huffington Post UK that young Sikhs often felt marginalised in British society, the mistaken targets of anti-Muslim abuse, and saw the growing Muslim community as a threat.

“If you try and counter this prejudice by telling them how their perceptions of Muslims are wrong, unfortunately I don’t think you are going to get anywhere,” Singh said.

“You have to point out the double-standards of EDL, how they have attacked or mocked communities which are supposedly their allies. We have very little common ground.”

Stephen Shashoua, director of the Three Faiths Forum, told The Huffington Post UK that working with religious leaders was one of the best ways to combat the EDL’s efforts, but fighting extremism was not solely the responsibility of communal leaders and impetus was needed from the wider community too.

“But what allowed those genocides to happen was there was not sufficient education to counter the myths being spread by extremists to recruit people to their cause. “

The Board of Deputies of British Jews has in the past specifically condemned the EDL’s efforts to recruit Jews, saying in a statement: “We, Jews and Muslims, come from a shared family, and a shared tradition.

“Therefore, we state clearly, when groups that stir up prejudice, such as the English Defence League and all their sympathisers, use spurious Jewish themes or the Israeli flag to seek to garner Jewish support for their causes, they are acting in vain.

“Our common roots run too deep, our common concerns are too intertwined, our common respect too sincere, to be divided by ugly allegations of prejudice, and cowardly acts of violence.”

Edie Friedman, director of the Jewish Council for Racial Equality, said it was “unbelievable that such an organisation can appropriate Jewish support. It is terribly important for different sections of the community, as well as individuals, to stand up and say categorically, ‘not in our name.”

Not in Our Name – Jews against the EDL was launched in 2010, backed by more than a dozen organisations, including the Board of Deputies of British Jews, the Israeli Embassy, and Jews for Justice for Palestinians.

The Faith Matters report said Muslims groups had called on their faith counterparts to stand with them against the EDL.

Khadim Hussein, the president for Bradford Council for Mosques, said: “Some people might think that the EDL is only targeting Muslims and they therefore should not get involved.

“EDL is against everyone who does not fit into their misguided and false definition of what constitutes Britishness.

“Therefore, let us work together – Muslims, Christians, Sikhs, Hindus, Jews, and Humanists – to say to EDL: we are not interested in your type of politics.”