Extract from article :  Pigs and Farmers. Why, in the EDL, not being a Nazi is the same as being a Nazi

(The group) Expose came across further evidence of this weird blend of ideologies, which by rights should be anathema to each other, recently, on EDL’s London Division. 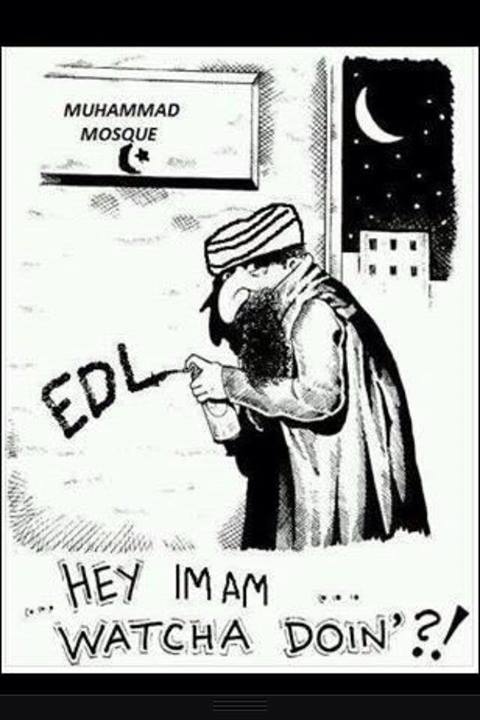 The image looked vaguely familiar to our Ed, so he put it through a reverse image search. The image came up 31 times, predominately on neo-Nazi sites, including Stormfront; but not lampooning Muslims for supposedly damaging their own mosques and blaming EDL. Nope, the original image, which EDL presumably found while they were trawling through all those neo-Nazi web pages, looked like this. 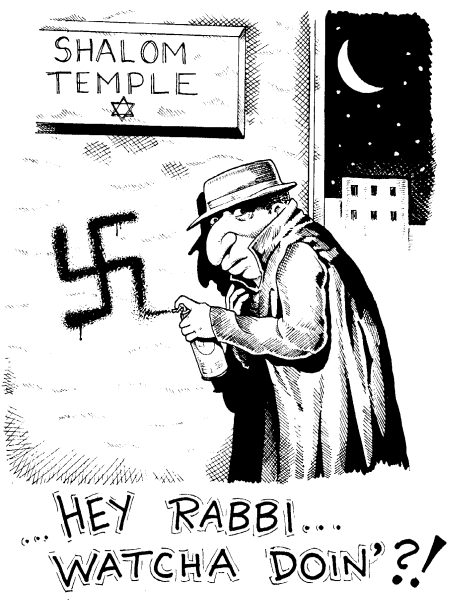 Errrmmm…BUSTED. Bleat about the unfairness of it all till you’re blue in the face EDL. Recycling anti-semitic propaganda to apply to Muslims makes you look, well, a bit like Nazis, really.