What Is Really Meaningful

When I first saw Naglaa Ali Mahmoud or better known as Um Ahmed, the wife of Egypt’s first freely elected President Dr Morsy, I could not help but smiling. 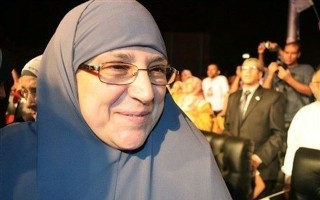 Since I lived in Egypt for six years, to me, Um Ahmed definitely looks like any typical Egyptian woman you would meet in the street.

Of course, I should not generalize. Egyptian females come from diverse backgrounds and hold different tastes when it comes to choosing clothes: some wear head scarves and some don’t, some adopt traditional abayas, some adopt western jeans and t-shirts, and some wear simple blouse and long skirts.

Whatever it is, one thing is for sure is that, despite her resemblance with many other Egyptian women,  Naglaa is obviously not the classical first lady one would expect;  posh-looking with well-coiffed hair, stylish dress, high heels, branded handbag and a grandiose smile. Rather, she appears quite the opposite; simple-looking, wearing a traditional Islamic headscarf and abaya with a sweet, motherly smile. And whether one likes it or not, this simple appearance has touched the hearts of millions of people, women and men alike, who are desperate for change, peace and freedom in Egypt.

An interesting point to mention here is how negatively some ignorant people view Um Ahmed, or in a broader context, how they expect a first lady to be. In an article entitled ‘Um Ahmed, Egypt’s New First Lady’, it was reported that some Egyptians despised her external appearance and deemed her unfit for such a high position. Some went as far as saying that, in view of her Islamic inclinations, she would not let others look at her or shake her hands when meeting other world leaders. Others made fun of her traditional abaya and Islamic headscarf.

This sheer ridicule is highly immature and has no basis; it demonstrates the cultural vagrancy of those who want a first lady to look and behave in a particular western way. In fact, this so-called ‘first lady benchmark’, which has been probably set by western standards, stems from complete ignorance and illusion. Perhaps, western feminism has managed to convince the whole world how a woman should look like, and behave, to be regarded as successful. And most people, without evidence and knowledge, are so quick to agree and imitate.

Feminism is so widespread today and its ideas are being accepted by many societies like never before. But the question remains: Are women today happier compared to their mothers and grandmothers? By adopting the ideas of western feminism, have today’s women achieved a higher degree of satisfaction and happiness, or have they been disillusioned? By over-emphasizing physical beauty, branded clothes, high heels, handbags, make-up, jewelleries, etc, have women gained a more meaningful life or have they found themselves simply exploited and objectified?

Back to the original story, Um Ahmed as Egypt’s new first lady. The fact that she proudly sticks to her tradition and faith regardless of what people say is a proof that she is fit to have that honor.

This is because the first lady is firstly supposed to have faith and confidence in herself and her root if she is to bring change to her people. If the very first lady of a country puts luxury and comfort before all else, her people will be the last. And sadly, this is what is happening around the world.

Many so-called first ladies are squandering public money and are embroiled with one corruption after another. We see super-posh first ladies who imitate the west in their looks and thinking. Feeling impressed with, and being distracted by their elegance and advanced degrees, we forget to look into the more essential aspects of being true leaders: honesty, compassion, efficiency and patriotism. Considering Um Ahmed’s case, I would like to add another: simplicity.

It is not surprising at all, to find a group of university female students gossiping about what a president’s wife wears at a party or where some royal princesses go for shopping, when millions of people are suffering from war, poverty, and natural disasters.

This is a negative subliminal message conveyed by these world leaders through their excessive spending and extravagant appearance. Despite the fact that leaders are supposed to bridge the gap between people and show sympathy to the have-nots, their very own wives give a conflicting idea and thus constitute a barrier. 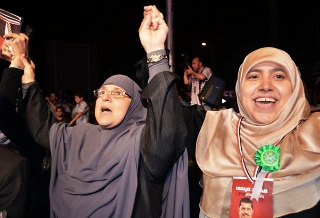 A first lady who is proud of who she is, who is faithful to her traditions and to her people, who ignores the standard set by the west, who is brave to appear with her traditional abaya and headscarf, smiling lovingly to her people.

Though more and more women are getting advanced education today, most still fail to understand who they are, where their values lie, and how they gain self-esteem as women.

Material and superficial beauty seems to stay on top of the list, pushing elements like conscience, values and knowledge to the second place, or even to the bottom. I had a difficult experience working with a female colleague whose number one concern was appearance and glamour. When our male counterparts started joking about her short skirt and making comments on her body, which I found highly insulting, she foolishly laughed along!

It seemed that she felt proud to get some extra attention at workplace which she believed was necessary for recognition.

Unfortunately, what she did not see was that these men had actually no respect for her as an equal human being. Women today need to realize that in order to be equal to men, they have to be judged on the same criterion: honesty, efficiency, knowledge, strong personality, etc. Using physical appeal to distract the opposite sex simply means that a woman has succumbed herself to being an object, and that she is unable to compete with men in a real sense.

Egypt has something to be proud of, on top of its success in getting rid of the corrupt regime of Mubarak following the Egyptian revolution. And that is, its new first lady who is different from other typical first ladies.

At least Egyptians can be rest assured that their tax money will not be squandered in shopping sprees!