Yesterday my local MP for Leicester South, Jon Ashworth, decided to try out fasting for the day. He visited my family home to have a chat about how Muslims experience fasting in Ramadan and to share how his day had gone so far.

I was looking forward to speaking to him as it’s pretty unusual for an MP to forego food and drink for 18 hours in the spirit of a religion they don’t subscribe to. But before any such discussions could get underway, a crucial issue needed to be addressed. Did my local MP play the popular fast-talking description game Articulate? Just before he arrived, my cousins and I were in the middle of playing this and when he came he noticed that the board game was still on the floor. Obviously, the worth of an MP is defined by his ability to relate to his constituents, so I asked him if he was familiar with Articulate. Unfortunately not. It wasn’t looking good. But then, credit where it’s due, he agreed to have a go, to the bemusement (and perhaps amusement) of my family.

It was this same spirit of trying something new that led him to fast. In Leicester, a city where over 11% of the population identifies as being Muslim (2011 Census), it’s common knowledge that the month of Ramadan is upon us. But there’s a big difference between knowing and experiencing.

Mr Ashworth explained his motivation behind fasting for a day -“As the local MP representing such a diverse community, I was aware of what important time of the year it was for many of my constituents – a holy time and a spiritual time, and I wanted to learn more about it. I also wanted to show my support and solidarity with the Muslim community.” 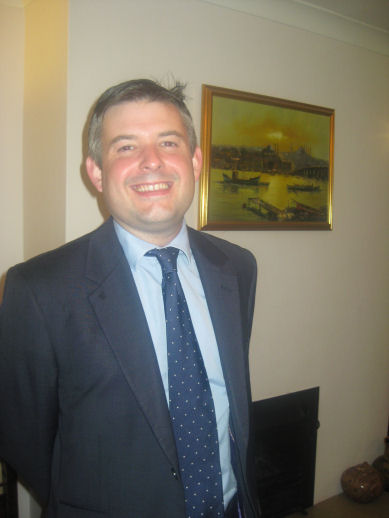 Jon Ashworth, MP for Leicester South, visiting my home the day he fasted.

Mr Ashworth ate some porridge at home in the early hours of the morning before going to the mosque Masjid Umar. There, in true Muslim fashion, they ignored the fact that he had eaten and gave him a second breakfast. He started his fast at 3.10am just before morning prayers, and broke it at the same mosque in the evening around 8.30pm.

He reflects back on the physical and spiritual experience of fasting. “On the physical side – I felt it was a huge challenge. But I think the spiritual side does get you through it…The toughest part was around 5pm. I was on the FMO Radio Ramadan being asked to give a detailed response on what needs to be done on Burma. I could just feel my mental capacity slowing down whilst at the same time trying to give a detailed response on a very important question of international politics!”

“The highlight for me was actually the morning prayer at around 3.30 – the way that people were coming together to eat in the mosque, and there were so many young people who were coming up to me and encouraging me. Just being part of something at that time, at 3.30 in the morning, was quite special.” 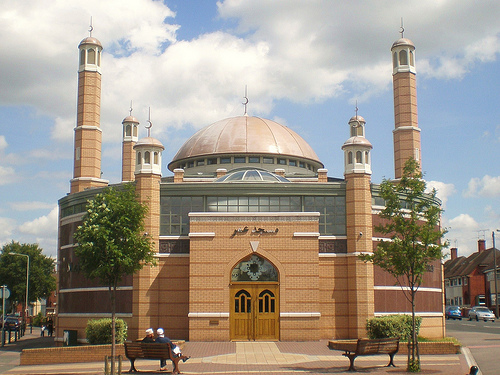 I know exactly what he means. The feeling of community and shared purpose in Ramadan is definitely what helped shape it as an experience for me when I was growing up. The buzz of waking up in the middle of the night to eat the pre-dawn meal was magical as a child – I remember my mum used to make us delicious pancakes… Even now, although being up the middle of the night is not so exciting in and of itself – there’s a special feeling when you glance at a Muslim neighbour’s house window and see that the light is on when all the other houses are dark. You know that they are also probably yawning, half-asleep, and trying not to knock things over as they rummage through the fridge.

It seems that such glimpses into the everyday experiences of Muslims during Ramadan, gave Mr Ashworth a greater insight into the community and faith. He explains, “These are things I understood in an intellectual sense, a rational sense. The mechanics of the day – the morning prayer, evening prayer, breaking the fast, those are things I had an awareness of in an intellectual sense. But to experience it for yourself gives you a greater understanding of it.”

Even for Muslims, the act of physically fasting teaches us every year that it’s one thing to know others are less fortunate, but it’s another thing to feel hungry and not be able to fulfil your craving. For many, fasting is seen as an ancient discipline of restraint but still just as relevant as a point of reflection in this modern first-world age of excess. 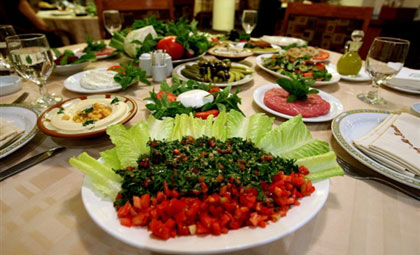 Iftar, the evening meal eaten after sunset to break the fast, is often prepared beautifully by families who have been fasting the whole day.

Mr Ashworth’s fasting experience seems to have been a positive one. He would encourage others in public life to try it, and muses that it “instils a greater appreciation of the role of faith in our life”.

“I hope in a very very small way, the fact that a non-Muslim MP from a Christian background was doing this can also help to break down barriers and ignorance which is out there.”

Mr Ashworth finished his day by breaking his fast at an open community iftar dinner, with representatives of all faiths. “That’s one of the great things about Leicester – we celebrate our diversity, but we also celebrate our common humanity.”