More than three years ago, President Barack Obama famously told a Cairo audience that “we meet at a time of great tension between the United States and Muslims around the world”.

His speech, titled A New Beginning, sought to transcend the acrimony of the Bush era.

This week, as violent protests rage across the Middle East and beyond, the president might ask himself: What went wrong?

The truth is that there is no single explanation.

One answer is that last year’s wave of political uprisings, the so-called Arab Spring, is responsible.

After all, protests began in Egypt, which last year became the most populous Arab democracy, and spread to Libya, which became the largest by area.

The Arab Spring did indeed invigorate a range of Islamist movements and weakened the law enforcement capabilities of the affected states.

In that febrile political environment, protests might have been easier to start, simpler for violent extremists to exploit, and harder for confused security forces to manage.

However, this cannot explain why some of this week’s most serious violence took place in Sudan, and other protests in places normally calm, as Qatar.

Additionally, such violence long pre-dates the Arab Spring and frequently took place under dictators, the most prominent examples occurring in the Middle East in 2006 after a Danish newspaper’s publication of cartoons of the Prophet Muhammad.

The second argument is that we are witnessing profound anti-Americanism, dormant for much of last year, fused with religious extremism – with the controversial Innocence of Muslims film merely a trigger.

According to a June 2012 Pew survey, just 15% of those in Muslim countries held a favourable opinion of the United States, compared to 25% in 2009.

Polls indicate that anti-Americanism stems from a variety of grievances, including US policy towards the Israeli-Palestinian conflict, American wars in the Middle East, and US backing for friendly dictators.

The irony is that, whereas Barack Obama is sometimes pilloried by critics in the West for naively supporting the revolutions, most Arabs see his actions as too late and too little. In Tunisia, for instance, only a third believe that the US response to their revolution had a positive impact.

We should, however, distinguish anti-Americanism from religious extremism.

Although Arab ideas about freedom of expression are fundamentally divergent from Western ones – 84% of Egyptians want the death penalty for those who leave the Muslim religion – there are big generational gaps.

Those under 35 – the generation widely held up as the engine of the Arab Spring – are far less likely to pray several times a day, attend the mosque regularly, or read the Koran daily. They are being catalysed less by religion, and more by politics.

Furthermore, anti-Americanism is not universal.

Despite the widespread xenophobia evident in Egypt, 35% of Egyptians actually want Egypt-US relations to remain as strong as they were before the revolution, and a surprisingly high 20% want them to get even better. Sixty percent of Tunisians say that they like American ideas about democracy.

A Gallup poll this year showed that 54% of Libyans approve of American leadership, near the highest approval ever seen in the region.

Indeed, Libya has seen a series of protests supportive of the US, and against the attack on the US consulate in Benghazi.

Perhaps the most important fact is that the crowds ransacking embassies this week are negligibly small when compared to the popular mobilisations that swept away dictators. They are a shrill minority.

Even where it is widespread, anti-Americanism is simply not a sufficient explanation for outbreaks of violence.

In many cases, protests might have had little energy had local religious and political entrepreneurs, eager to bolster their following and create disorder, not exploited them.

In Khartoum, for instance, local buses were laid on to transport prayer-goers to protest sites.

In Libya, to speak of a protest is misleading. The assault in which US Ambassador Chris Stevens died was probably a co-ordinated, complex undertaking by an organised militant group, perhaps in concert with al-Qaeda’s North African affiliate. It represents broader Libyan opinion no more than Anders Breivik did that of Norway.

This wave of violence will have longer-term repercussions.

The US has no legal mechanism to censor the provocative film and, with eight weeks to go before a national election, President Obama will be careful not to appear unduly willing to appease mob violence.

any administration. This means that such triggers for protest will recur, as there is no shortage of provocateurs.

There is very little that the United States can realistically do. Broader US foreign policy is not going to radically change in a way that addresses regional grievances.

Mr Obama’s own experience with intervening in the Israeli-Palestinian conflict ended in humiliation years ago, after he was rebuffed by the Israeli government, and Iran’s nuclear programme has now crowded out the peace process.

Above all, however, many Americans will rightly or wrongly see this week’s protests as indicative of the failure of engagement, not a sign that more is needed.

In Egypt, American faith in President Mohammed Mursi has been badly shaken. Despite Egypt’s continued military and financial dependence on Washington, Mr Mursi hesitated in condemning the protests.

President Obama’s admission that “I don’t think that we would consider [Egypt] an ally, but we don’t consider them an enemy” highlights how the political sands are shifting.

There will be new pressures for the US to disengage from the Middle East, revert to fortress-style embassies, and accelerate the refocusing of American attention to Asia.

Some will argue that Mr Obama’s efforts to temper anti-Americanism were exercises in naivety; others that he went nowhere near far enough.

Either way, the irony is that just as fragile post-revolutionary governments are most in need of assistance to build institutions, small sections of their populations are making that task much harder.

Shashank Joshi is a Research Fellow at the Royal United Services Institute (RUSI), a defence think-tank, and a doctoral student of international relations at Harvard University. 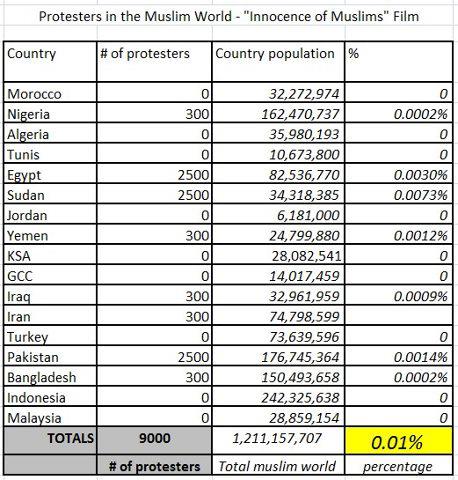