A Dutch politician who once helped produce a film depicting Islam as evil and extreme has performed the Hajj after declaring his conversion to the religion earlier this year.

Arnoud van Doorn has said he bitterly regrets his actions and wants to make amends by producing a film showing Islam in a positive light.

While on the Hajj, he told the Saudi Gazette: “I found myself among these faithful hearts. I hope that my tears of regret will wash out all my sins after my repentance. 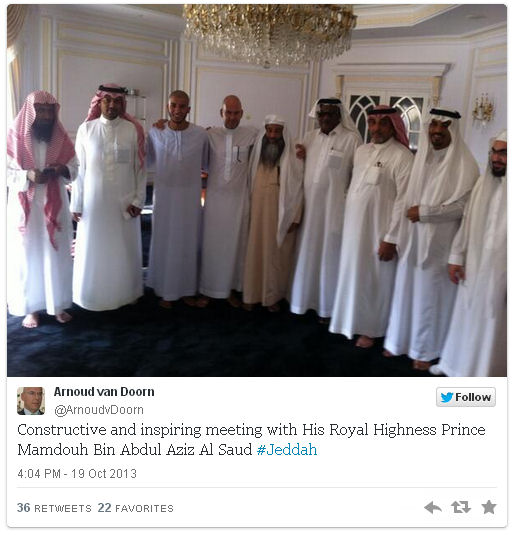 “I felt ashamed standing in front of the Prophet’s grave. I thought of the grave mistake which I had made by producing that sacrilegious film. I hope that Allah will forgive me and accept my repentance.”

Van Doorn used to be a leading member of the Party for Freedom in Netherlands, headed by the notorious Geert Wilders.

In 2008 he helped market a short film produced by Wilders entitled ‘Fitna’ (sedition)in which Islam is portrayed as a religion that promotes violence and terrorism. 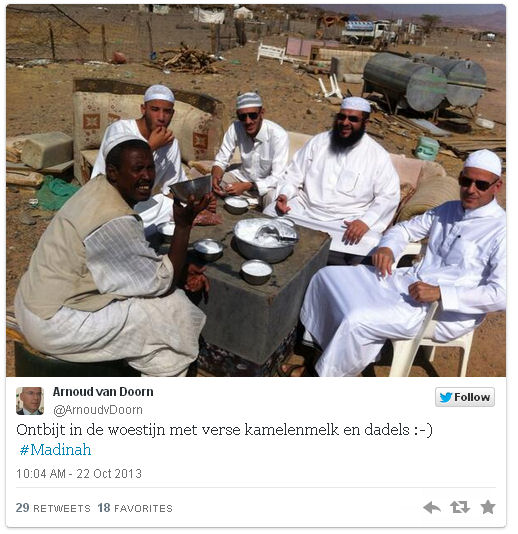 It also depicted the Prophet Muhammad with a bomb on his head.

The film was widely condemned and caused uproar in the Muslim world.

Van Doorn shocked many – not least his friend Wilders – when he publicly announced his conversion to Islam in March this year.

He told Al Jazeera: “I can understand people are skeptic, especially that it is unexpected for many of them. 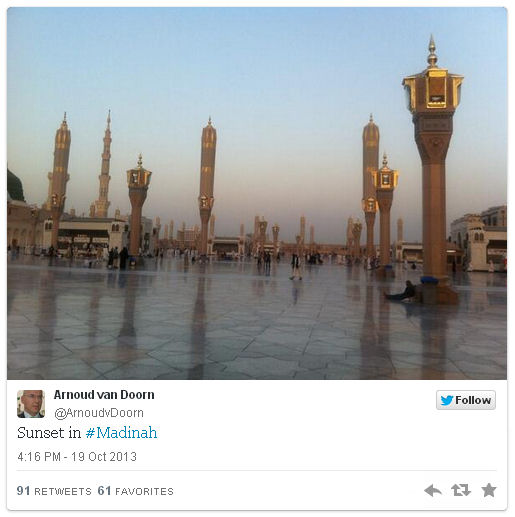 He later added: “I have heard so many negative stories about Islam, but I am not a person who follows opinions of others without doing my own research,” he said.

“Therefore, I have actually started to deepen my knowledge of the Islam out of curiosity.

“My colleague Aboe Khoulani from the City Council in The Hague has brought me further into contact with the as-Soennah mosque, which has guided me even further.”

Van Doorn is also hoping to establish the first Islamic political party in Europe to represent Muslims on the continent.

His former colleague, Wilders, was temporarily banned from the UK for his extreme views on Islam. 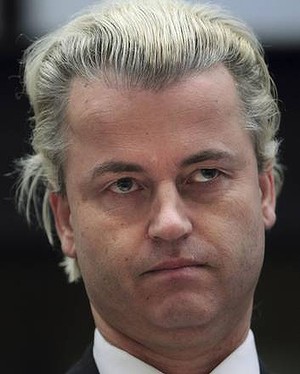 The 49-year-old politician has gained notoriety in Europe and beyond in recent years for his strident criticism of the religion arguing that “moderate Islam” does not exist and that Muhammad, if alive today, would be “hunted down as a terrorist”.

He has also campaigned against the “islamification of Europe” and called for a ban on the Koran, which he has compared to Hitler’s Mein Kampf.