French rapper Mélanie Georgiades, known as Diam’s, made her first TV appearance with her new image.

Amid a nationwide debate in France surrounding attitudes towards the Islamic veil, or hijab, a French rapper has surprised fans by announcing her conversion to Islam and choosing to wear a headscarf.

Mélanie Georgiades, known as Diam’s, has gone through what onlookers have described as a “complete transformation” from an image she had prior to 2009.

Since 2009, Diam’s had been unusually absent from the mainstream rap scene, prompting more than three years of controversy over her whereabouts, despite making the odd public appearance with her scarf.
But recently the French rapper made her first television appearance with her new image.

Diam’s appeared in an exclusive TV interview with French TV station TF1, to talk about a past experience with drugs, including hallucinating narcotics, and being in a mental asylum until she discovered the “serenity of Islam.” The rapper said the religion was introduced to her by coincidence, when she saw a Muslim friend praying.

Diam’s, said she has been married for over a year and is a now a new mother, moving far away from her drug-relate past.

In her TV interview she said her “conversion to Islam was the result of a personal conviction, after understanding the religion and reading the Holy Quran.”

When asked about wearing the hijab in France, a country which has banned the niqab, she said: “I believe that I live in a tolerant society, and I don’t feel hurt by criticism, but by insults and stereotyping and ready-made judgments.”

Asked by her host about why she is wearing a hijab while many Muslim women don’t wear it, and don’t find it to be a religious obligation, she answered: “I see it as a divine order or a divine advice, this brings joy to my heart and for me this is enough.”

Diam’s said that by converting to Islam she gained comfort, adding that stardom doesn’t fit in with her life anymore, adding “this has warmed my heart, as I know now the purpose of my existence, and why am I here on Earth.”

Diam’s criticized the media which photographed her coming out of one of the mosques in France, wearing her Hijab and looking at her mobile, preceded by a man in a training suit, which many believed to be her husband.

Discussing how her life was like before her conversion to Islam, Diam’s said: “I was very famous and I had what every famous person looks for, but I was always crying bitterly alone at home, and this is what none of my fans had felt.”

She added: “I was heavily addicted to drugs, including hallucinating narcotics and was admitted in mental asylum to recover, but this was in vain until I heard one of my Muslim friends saying ‘I am going to pray for a while and will come back,’ so I told her that I want to pray as well.”

Recalling that moment, Diam’s said: “it was the first time that I touched the floor with head, and I had a strong feeling that I have never experienced before, and I believe now that kneeling in prayer, shouldn’t be done to anyone but Allah.” 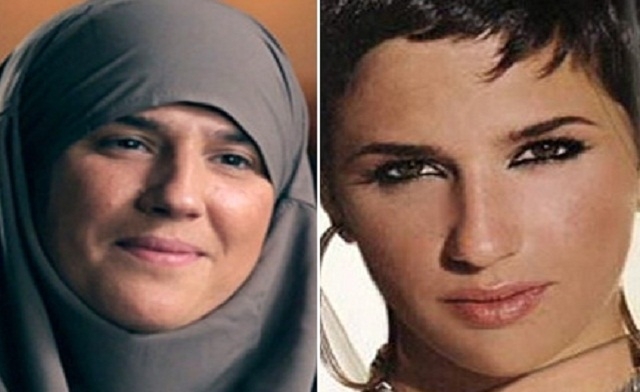 Islam, a religion of tolerance

Diam’s said that she moved to Mauritius to read the Quran, and have a better understanding of Islam, discovering during her retreat, the tolerance of Islam.

When asked by her host about her views on Islam, and those who commit all the murders and atrocities pretending to be doing it in the name of religion, she answered: “I think we should differentiate between the ignorant and the knowledgeable, and the ignorant should not speak about what he doesn’t know, Islam does not allow murdering innocent victims the way we see it nowadays.”