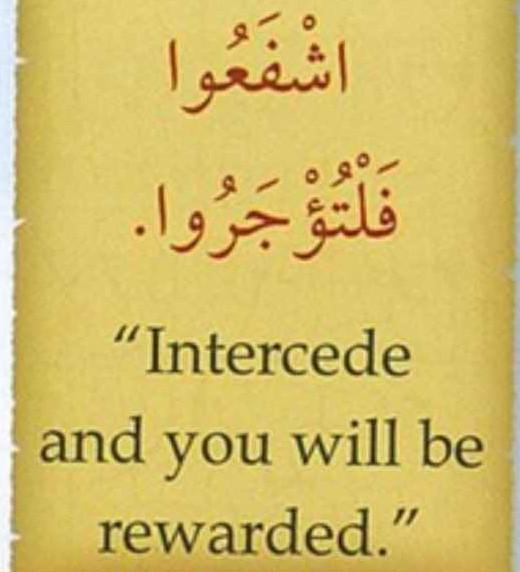 To give justified recommendation for someone is an act of great merit. The Holy Qur’an says:

and the Holy Prophet has said:-

Make recommendation; you shall earn merit. (Abu Daud and Nisa’i)

Once a man asked the Holy Prophet ﷺ for something; the Messenger of Allah ﷺ turned to others and said

“Recommend him, so that may you earn merit (Bukhari Kitab al Adab).

A good recommendation, whether effective or ineffective, is in itself a good deed. If it is effective then it might carp double merit. But it should be noted that the recommendation should be for some correct purpose and not for any unlawful purpose because recommendation for something unlawful is a grave sin with graver consequences. Hence it is necessary to be absolutely sure that the person recommended is truly deserving of it, and whatever he is being recommended for is justified and lawful.

Sometimes even when a person is able to do something, he still has to follow some rules or preferences of his own. In such a case too one should not make specific recommendation but leave it to the person to do it according to his rules and preferences so that he may not be unduly burdened.

Nowadays recommendation is made for the sake of its merit in the hereafter but its rules as formulated by the shari’ah are not observed. Especially, people do not consider the trouble they may cause to the person to whom the recommendation is being made. Remember that there are rules for everything in shariah which have to be followed; it is not at all permissible to unduly trouble anyone even for the sake of another Muslim.