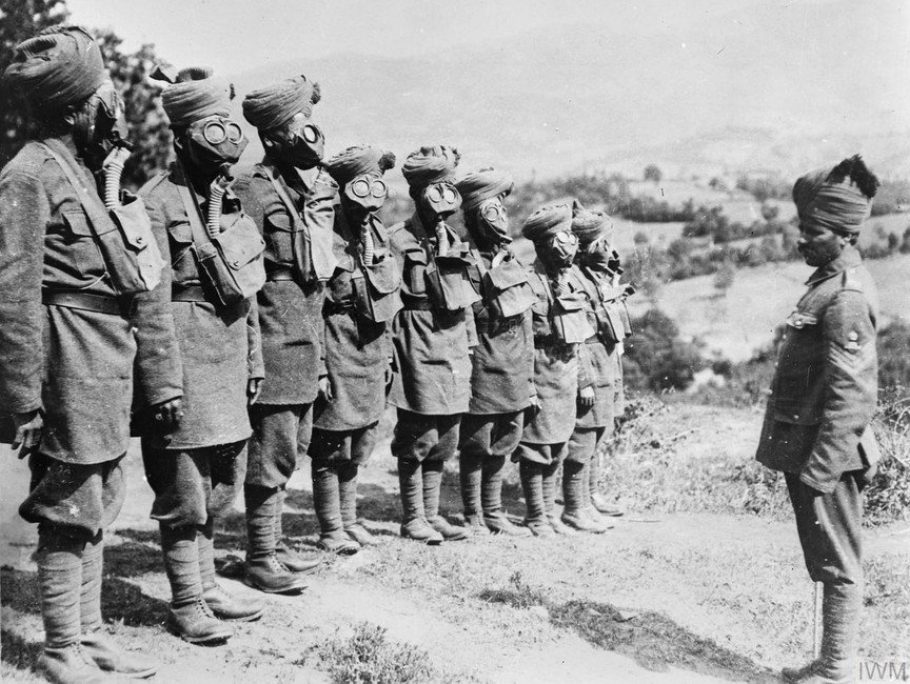 Hardeep Matharu explains how Laurence Fox’s myopia about the role of Sikh soldiers in World War One is a wider British problem of imperial amnesia.

When the great British poet of World War One, Wilfred Owen, returned to the front in 1918, he recited the words of the great Indian poet Rabindranath Tagore to his mother as he left. When he was killed shortly after, she found a copy of the poem in her son’s own hand in his diary. Owen had chosen Tagore’s parting words as his own.

India’s contribution to Britain’s fight was not a merely philosophical one, but deeply practical – with more than one million Indian soldiers serving overseas to defend the British Empire during World War One, 74,000 of whom were killed.

While soldiers from all across the Empire fought for the British, the Indian Army provided the largest number of troops. Indian soldiers started arriving on the Western Front from September 1914 and played a crucial role in the first battle of Ypres.

From 1914-1916, Brighton’s Royal Pavilion was used as an Indian Hospital for those who had been injured. Much effort was put into meeting the men’s cultural and religious needs. Sikh soldiers were given a tented gurdwara in the grounds and Muslim soldiers were provided with space on the lawns to pray to Mecca. These soldiers served the British Empire to free it of a potential oppression it was imposing on their own countries.

Despite hopes that Britain would set India on the path to autonomy after the war, the opposite happened. A year later, in 1919, more than a thousand peaceful Indians were killed in the Jallianwala Bagh Massacre at the hands of General Dyer. India would not gain independence until 1947 – after serving and dying for the British in another world war.

Why does all this matter? It matters because it is a statement of historical fact, of reality, of how we have ended up as the country we are today.

But, sadly, it is a sentiment lost on the actor Laurence Fox. Following on from his attacks on those who point out the privilege of being white as “racist”, he has now criticised the director Sam Mendes for including a Sikh soldier in his hit World War One film 1917.

The sight of a turban on the big screen is “incongruous with the story”, Fox said, and led to “a very heightened awareness of the colour of someone’s skin” because of “the oddness of the casting”.

He went on: “It’s like, ‘there were Sikhs fighting in this war’… okay, you’re now diverting me away from what the story is. There is something institutionally racist about forcing diversity on people in that way.”

As well being deeply offensive and downright bizarre, Fox’s views point to a problem at the heart of what it is to be British: a curious myopia when it comes to its past; something many do not want to look too sharply at, if at all. 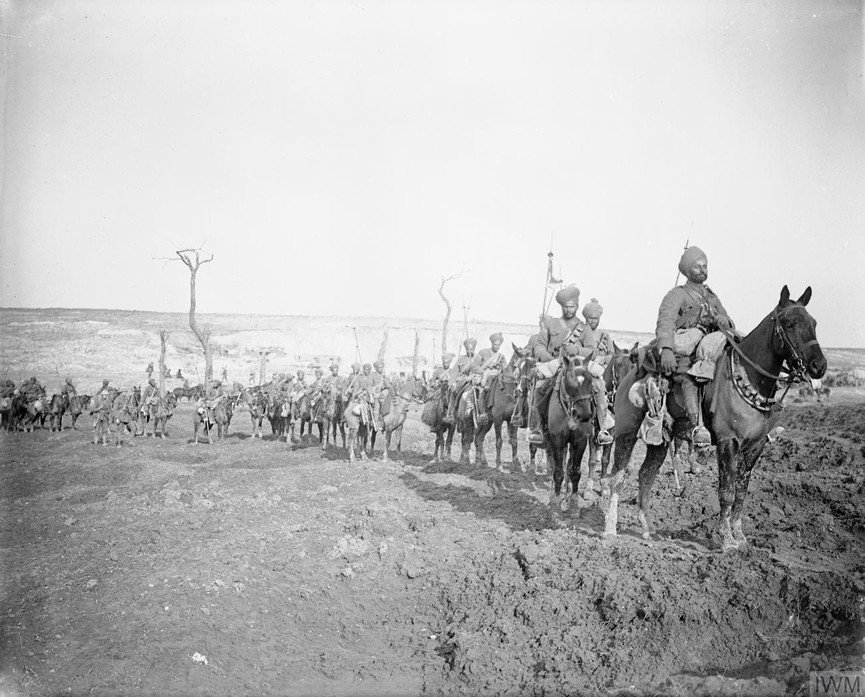 This is not out of place in Brexit Britain, where myths are flourishing – particularly those of the country returning to a ‘greatness’ with Brexit which it last achieved at the height of the Empire. Such a narrative provides a sense of meaning, of identity and an ‘answer’ to present discontent, but does nothing to recognise how Britain achieved such feats: at the cost of millions of lives of ‘others’. In reality, it is no ‘answer’ to our current problems at all.

Fox’s charge is essentially one of ‘political correctness’, but it is merely a depiction of what actually happened to include a Sikh soldier in a World War One film. Indeed, not including such a character for the sake of leaving undisturbed a white man’s sensibilities would be the real madness. Fox implies that Mendes is ‘making a point’ with his Sikh soldier – but it is a valid one that needs to be made to set the historical record straight. In a country where learning about the British Empire at school is not a compulsory part of the national curriculum, using a blockbuster film is a great way to get this message across.

Perhaps it is not, as Fox suggests, the inclusion of a brown man per se in the film which he finds distracting, but his own uncomfortable, unsettling thoughts about his annoyance at this. The question for himself then becomes: why does it bother him so much?

The poignant truth is that it is on the back of the sacrifices made by Sikh soldiers, and many others from across the Empire as well, that have allowed Fox to live in a society where he has the freedom to dismiss them.

History isn’t ‘woke’, it’s the best defence we have against tearing ourselves apart as a society. It is instructive, it clarifies. Instead of blunting and tarnishing the past, we should see history as a weapon; one we can arm ourselves with to learn how societies can slide into states of hate in which people are divided, labelled and killed.

I can’t profess to know why Fox is saying such things, and there will be those who believe we must not give his offensive and ignorant views any publicity. But, these can also be moments of learning for us all – and we must not shy away from this if we care about the future ahead of us.