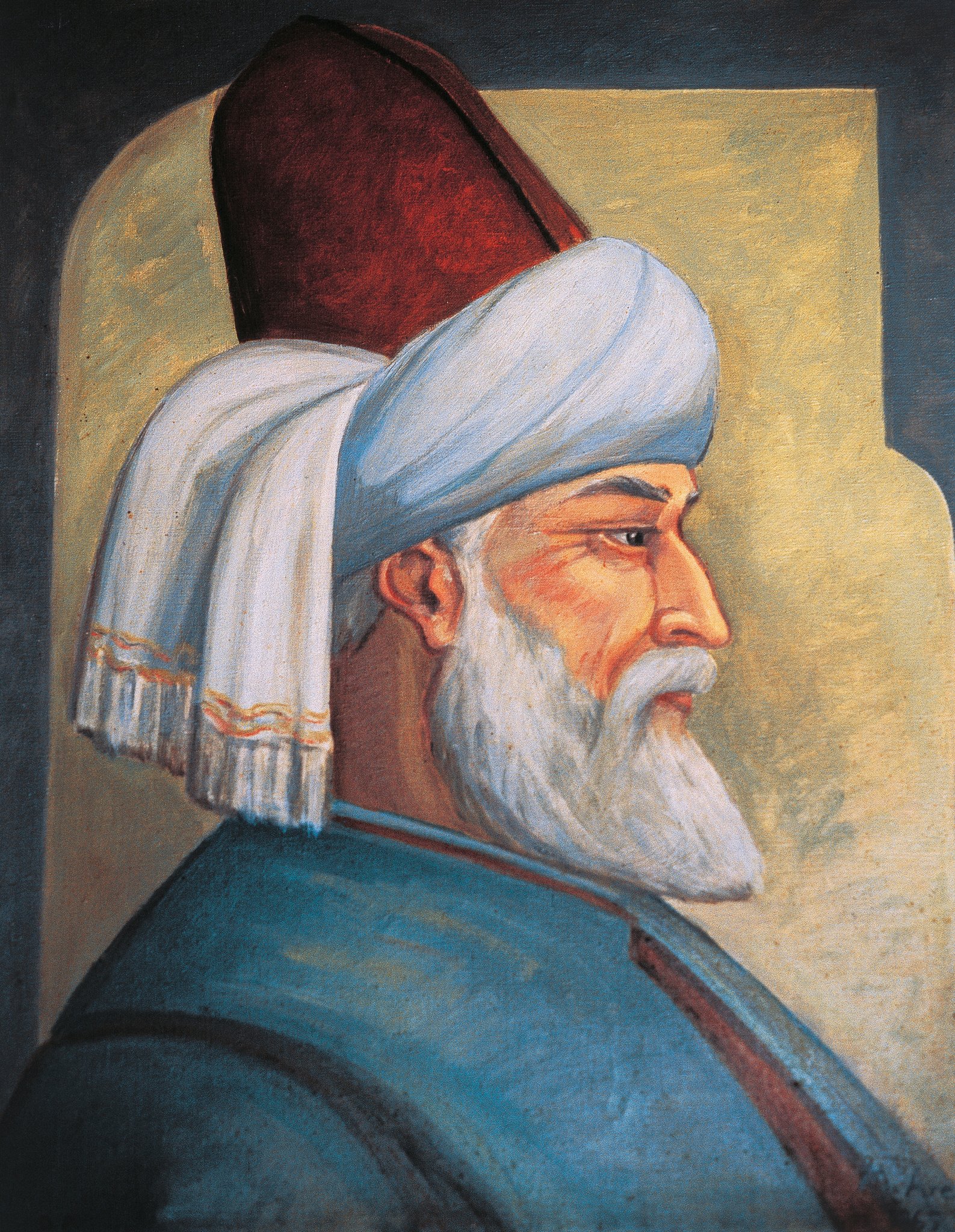 My father recited Rumi to me as I grew up. I finally chose to listen.

By Melody Moezzi –  writer and activist. Melody Moezzi is a visiting professor of creative nonfiction at the University of North Carolina Wilmington and the author, most recently, of “The Rumi Prescription: How an Ancient Mystic Poet Changed My Modern Manic Life,” from which this essay is adapted

Five years ago, in an act of creative desperation, I decided to immerse myself in the classical Persian poetry I grew up taking for granted. I aimed to learn it by heart and under the expert tutelage of my father, a physician by trade and a connoisseur of Sufi poetry by tradition. For my father, nothing is more sacred than poetry — specifically the mystical poetry of Rumi.

Jalaluddin Muhammad Rumi, known as Molana (an honorific meaning “our master”) to his fellow Persians like my father and me, was a renowned 13th-century Islamic scholar, theologian, poet and mystic. Born in what is now Afghanistan in 1207, Rumi grew up in an era of deep political turmoil packed with modern parallels, full of walls and bans and wars. As a result, he spent much of his life traveling extensively throughout the Middle East before settling in Konya, in present-day Turkey and then central Anatolia, formerly part of the Eastern Roman Empire. This accounts for the name Rumi, meaning “Roman” in Persian and Arabic.

My father, who grew up in Iran, recites Rumi’s verse with the same fervor and frequency most people reserve for food and oxygen. By all accounts, he is a tried-and-true Rumi addict. But like most children of addicts, I grew up resenting the object of my father’s addiction. An inescapable presence in our Ohio home, Rumi was the annoying elder who forever tested the limits of my Persian hospitality, challenging my limited Farsi with his antiquated medieval verse and dismissing my American hunger for brevity with his seemingly endless collections of rhyming couplets and quatrains.

But all my childhood resentment of Rumi dissolved after I lost my mind and found solace in his verse. Soon, Rumi’s poetry became a lifeline, allowing me to survive both my own personal insanity and the political insanity to come.

My manic, psychotic break from the rest of the world’s notion of reality was clinical and terrifying, but it started out soulful and electrifying. For a brief moment before the hallucinations, delusions, restraints, seclusion and hospitalization that ensued, an intense calm washed over me. Standing on my Atlanta balcony watching the sun rise over Stone Mountain, I felt a deep connection to every atom back to Adam and before, and to the divine spirit within each one of those atoms. However clumsily, I had stumbled into the land of mystics, the land of my father, the land of Rumi.

At long last, I was beginning to understand this poetry that had spoken to my father since he was a child in Shiraz. For what modern medicine lacked by way of explanation, Rumi provided through my father’s voice, visiting me on the locked psychiatric unit of the same hospital where he had performed thousands of surgeries and delivered hundreds of babies:

In love with insanity, I’m fed up with wisdom and rationality.

While Rumi considers insanity a mark of divine favor, he distinguishes between types. The madness he promotes is rooted in ecstatic love; the one he condemns, in petty fear. The former creates a mystic, the latter a lunatic.

When I first began studying Rumi with my father in late 2014, years after that psychiatric hospitalization, properly diagnosed and medicated for bipolar disorder and in recovery, I never expected that within a few short years my extended family in Iran would be barred from visiting us in the United States. Nor did I ever expect that our country would become so deeply divided.

But here we are, more isolated than ever, and as an Iranian-American Muslim feminist living with a mental health condition, I feel the weight of this isolation every day. Heavy with fear’s warped wisdom and rationality, crazier than anything mania ever induced in me, this weight is a reminder that clinical psychosis, even absent any mystical tendency, seems sensible compared with our current political reality. Thankfully, as a student of my father and Rumi, I have learned how to counter the toll of this weight. In Rumi’s words:

Become the sky and the clouds that create the rain, not the gutter that carries it to the drain.

Of course it’s easier to be the gutter than the sky, to imitate rather than to create, but imitation builds cults, not communities. It may seem counterintuitive, but true community demands originality, not conformity. I know this firsthand, because every time I write something new it helps me feel less alone, reminding me that we are all inextricably linked to and through a sacred spark within each of us.

It seems so obvious, but it’s also painfully easy to forget how deeply connected we are. More than any other factor, it’s ego that makes us forget, filling us with a sense of superiority. This false feeling of being somehow “better than” our fellow human beings allows us to forget the common source of our humanity and thus to disconnect from the divinity within ourselves and one another. This is why, for Rumi, ego is not only the worst of our natural and inescapable human afflictions but also the root of them all. His solution?

Quit keeping score if you want to be free. Love has ejected the referee.

Indeed, when it comes to the prison of our own ego, love is our only ticket out. When I first flew across the country to study Rumi’s poetry with my father, I did so brimming with hubris and ambition. I set aside a month to learn this poetry, perfect my rudimentary Farsi, overcome a brutal case of writer’s block and then research and ideally write a book about it. Naturally, nothing went according to plan.

Still, through all of it, I had my father to guide me and remind me that it didn’t matter how long it took to write this imagined book. What mattered was that I approached my poetic pilgrimage with patience and humility, recognizing every hardship as an invitation to step out of fear and into love in my own life:

Every storm the Beloved unfurls permits the sea to scatter pearls.

For as long as I can remember, my father has been scribbling these and other poems on his old prescription pads, signing them as though they were for any ordinary pharmaceutical and leaving them like pearls at my feet. For decades, I failed to fill them, too distracted and distraught by the struggles along the way to notice the treasures lighting my path.

But today, as the faith and ancestry I share with my father and Rumi have made me more of a target, more hated and unwelcome in my own home than ever before, I am grateful for this treasure trove of poetic prescriptions. Now I have a documented reservoir of timeless teachings from my own faith and culture that transcend both. Now I claim my inheritance; I fill my prescriptions, and I pass them along.