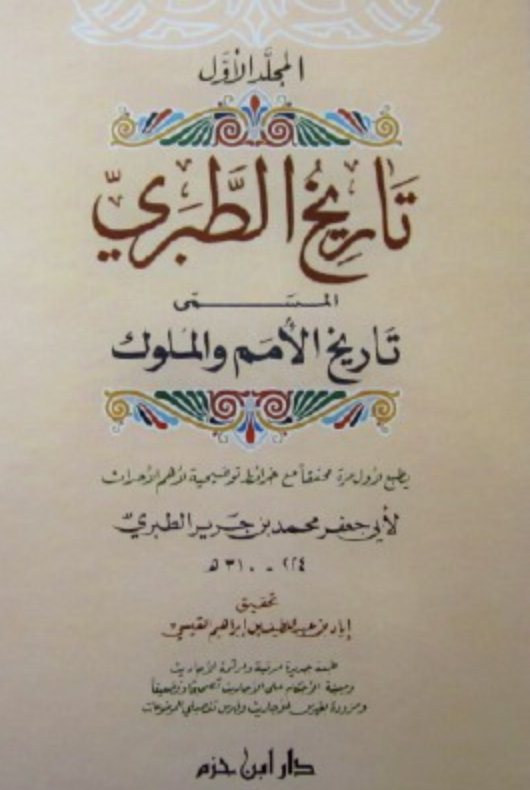 I noticed a few troubling quotes in Tabari, such as a narration about Abu Bakr ordering Fatima’s house to be attacked. Can you please tell me: how authentic or reliable of a source do we Sunnis view Tabari?

In the Name of Allah, the Most Gracious, the Most Merciful.

All Praise is due to Allah, Lord of all the worlds.

Tareekh at-Tabari was a voluminous text compiled by Imam Ibn Jarir at-Tabari (may Allah be pleased with him). Imam at-Tabari followed the classic methodology of early Islamic historians, a process which differed greatly from modern day historical writers. Islamic historians would simply compile all the known narrations about a certain event, regardless of how authentic or reliable each of those narrations were. They would copy the Isnads (chains of transmitters) into their books, in order that the Muhaditheen (scholars of Hadith) could determine which narration was Sahih/Hasan (authentic/good) and which was Dhaeef (weak) or even Mawdoo (fabricated). In other words, the historians compiled the narrations, and the Muhaditheen authenticated them.

Therefore, based on the above, we find that Tareekh at-Tabari is simply a collection of narrations on certain events; some of these narrations are accurate, whereas others are not. The authenticity of each narration depends on the Isnad (chain of transmitters): if the narration was transmitted by reliable narrators, then it would be accepted as valid, but if it was transmitted by unreliable people, then the narration was to be disregarded. As such, we find that it is ignorant of the enemies of Islam that they assume that we Sunnis accept every narration in Tareekh at-Tabari as valid, when in fact this is not the case nor has any Sunni scholar ever accepted this–not even Imam at-Tabari himself! Imam at-Tabari clearly says in the introduction of his book that the narrations found in his book are only as good as the people who narrate them. If the compiler of the book does not view all of the narrations as authentic, then it is indeed absurd for the Shia to assume that we accept each and every single narration in Tareekh at-Tabari. Tabari says in a disclaimer in the introduction of his book:

I shall likewise mention those (narrators) who came after them, giving additional information about them. I do this so that it can be clarified whose transmission (of traditions) is praised and whose information is transmitted, whose transmission is to be rejected and whose transmission is to be disregarded…The reader should know that with respect to all I have mentioned and made it a condition to set down in this book of mine, I rely upon traditions and reports which have been transmitted and which I attribute to their transmitters. I rely only very rarely upon (my own) rationality and internal thought processes. For no knowledge of the history of men of the past and of recent men and events is attainable by those who were not able to observe them and did not live in their time, except through information and transmission produced by informants and transmitters. This knowledge cannot be brought out by reason or produced by internal thought processes. This book of mine may contain some information mentioned by me on the authority of certain men of the past, which the reader may disapprove of and the listener may find detestable, because he can find nothing sound and no real meaning in it. In such cases, he should know that it is not my fault that such information comes to him, but the fault of someone who transmitted it to me. I have merely reported it as it was reported to me.

Imam at-Tabari’s book was simply an attempt to place Hadiths into a chronological order so that they would read out like a historical narrative; therefore, Tabari–like Ibn Ishaq–did a wonderful job of creating one of the first books which placed Hadiths in a chronological order. However, Imam at-Tabari only placed them in the right order, but he did not authenticate them, nor did he claim that. It should be known that to the Sunnis, the only two books of Hadith which are considered completely authentic are the Sahihayn (Bukhari and Muslim). After these two books, there are four other books which are considered reliable, but which contain some authentic and some unauthentic Hadiths. As for Tareekh at-Tabari, it is considered less reliable than any of these six books of Hadith! If, for example, a Shia were to quote a Hadith from Sunan at-Tirmidhi, then we would have to look up the Isnad in order to verify its authenticity. If this is the case with Sunan at-Tirmidhi, one of the six books of Hadith, then what can be said of a book (i.e. Tareekh at-Tabari) which is of a lower status than the six? For that matter, Tareekh at-Tabari is not even a book of Hadith, but it is lower than that: it is a book of history, and as is well-known, the scholars of Hadith would criticize the historians for their lack of scruples when it came to using weak narrations.

The most authentic book of Shia Hadith is Al-Kafi, compiled by Imam al-Kulayni, i.e. “Thiqat al-Islam”. Yet, many times the Shia will adamantly deny Hadiths found in that book, and even go as far as to say that the book contains thousands of unauthentic Hadith. If this is the Shia attitude towards the book they claim is the most authentic, then it is absurd for the Shia to expect us to accept every narration found in at-Tabari’s book, when in fact we Sunnis view Imam at-Tabari’s book with less honor than the Shia view Imam al-Kulayni’s book. In Al-Kafi there are narrations from the mouths of the Shia Imams that mention how Ali ibn Abi Talib wed his daughter to Umar ibn al-Khattab. Yet, the Shia will claim that these are falsely attributed to the Imam; then why do the Shia balk when we say that not every narration in Imam at-Tabari’s book is authentic?

What we have stated above applies to books written by Islamic historians in general; as for Imam at-Tabari in particular, then it should be known that he was specifically criticized for his over-reliance on weak and unauthentic narrators. Imam at-Tabari wished to create a well-balanced book, which would contain both Sunni and Shia narrations. He felt that his book would be incomplete if he only included one side to the exclusion of the other. In fact, Imam at-Tabari used so many Shia narrators and included so many Shia narrations that he was accused of being a Shia Rafidhi. Furthermore, the rumors that Imam at-Tabari did not recognize the jurisprudential superiority of Imam Ahmad ibn Hanbal further fueled the discontent towards Imam at-Tabari amongst the ranks of the Sunni orthodoxy. The Hanbalis–whom the Shia of today would refer to as the founding fathers of the “Wahabis”–rioted outside Imam at-Tabari’s home in protest. Franz Rosenthal of Yale University writes:

He [Tabari] was denounced by Abu Bakr b. Abi Dawood to the influential chamberlain of al-Muqtadir, Nas al-Qushoori. He [Tabari] was accused of Jahmite inclinations and extremist [Shia] Rafidhi views and was forced to issue a denial…[of the] general accusations of dogmatic heresy and extremist Shi’ah sympathies which we hear about mainly in connection with quarrels with the Hanbalites…They [the Hanbalites] propagated the idea that he was a Shi’ah extremist and, ultimately, a heretic…Enraged Hanbalites thereupon stoned his residence and caused a serious disturbance which had to be subdued by force.

(Franz Rosenthal, General Introduction to “The History of al-Tabari”)

According to some sources, Imam at-Tabari issued a formal apology to the Hanbalis before his death; we read:

Tabari secluded himself in his house and produced his well-known book containing his apology to the Hanbalis. He mentioned his own legal views and dogmatic beliefs. He declared unreliable those who thought differently about him with respect to those matters…He extolled Ahmad ibn Hanbal and mentioned his legal views and dogmatic beliefs as being correct. He continued to refer to him constantly until he died.

Therefore, it is not at all surprising that Tareekh at-Tabari would contain some narrations that the Shia would use against us; this was a consequence of Imam at-Tabari’s decision to compile both Sunni and Shia narrations, without commenting on their authenticity. Of course, the accusations against Imam at-Tabari that he was a Shia Rafidhi were one hundred percent incorrect; there is no doubt that Imam at-Tabari was a very respectable Imam of the Sunnis. He merely included Shia narrations/narrators based on the tradition of Islamic historians to simply compile Hadiths and to leave the authenticating to the Muhaditheen. So while we do not question the “Sunni-ness” of Imam at-Tabari, we bring up the point that people accused him of being a Shia Rafidhi to prove that the narrations found in Tareekh at-Tabari were never accepted by the mainstream Muslims as being one hundred percent authentic, and whoever would claim such a thing is a liar. The Shia narrations found in Tareekh at-Tabari were rejected back then, as they are now.

Not only did Imam at-Tabari include Shia narrations in his book, but he also included Christian and Zoroastrian accounts. This was in line with his belief of compiling a “balanced” book that would document all the various accounts from a variety of segments of the society. It is for this reason that some of the narrations in his book with regards to the story of Creation are not in line with the Islamic belief. Indeed, as we have stated repeatedly, not all the narrations in Tareekh at-Tabari can be accepted.

To conclude, we say as Ibn Katheer said:

In these volumes, he [Tabari] reported the various narrations as they were transmitted and by whom. His discussion is a mixed bag of valuable and worthless, sound and unsound information. This is in keeping with the custom of many Hadith scholars who merely report the information they have on a subject and make no distinction between what is sound and what is weak.

As for the narration in Tareekh at-Tabari that the questioner mentioned, it is undoubtedly unauthentic. We will expound on this in a later article, Insha-Allah.

And Allah is the Source of all Strength