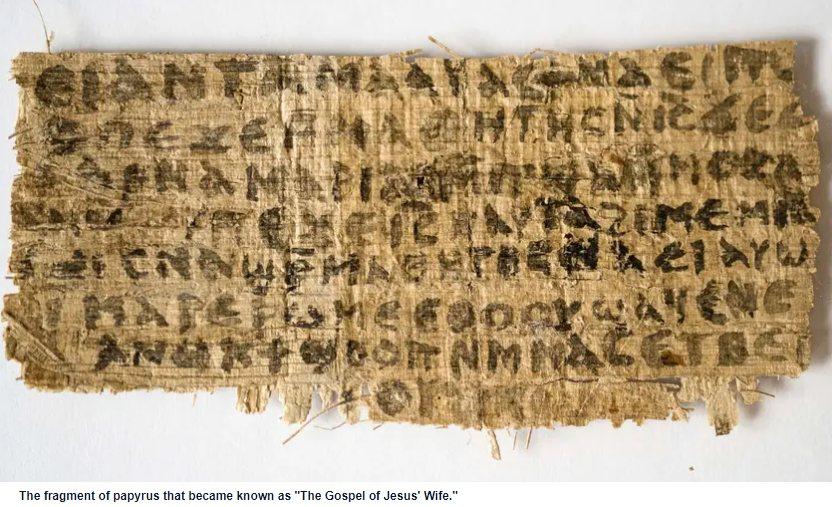 A respected Harvard professor was convinced of the authenticity of an ancient papyrus fragment in which Jesus seemingly asked his wife to spread the gospel. But then American journalist Ariel Sabar embarked on a dogged journey to uncover the truth

“Veritas: A Harvard Professor, A Con Man and the Gospel of Jesus’s Wife,” by Ariel Sabar (Doubleday, $29.95)

The truth is an elusive creature. Or so it would appear, based on a new book by American journalist Ariel Sabar in which he describes how he exposed a fraud that shook both the academic and Christian worlds over the last decade.

The scandal Sabar uncovered began in Rome in 2012, during a lecture by Prof. Karen King of Harvard Divinity School. King, one of the most important and provocative scholars of early Christianity, claimed that a papyrus fragment that was brought to her notice, dating back more than 1,300 years, documented some of Jesus’ teachings to his disciples. This fragment, she said, featured Jesus directly addressing his wife, adding that she, too, could be his disciple – that is, one of the followers who helped him spread the gospel.

The papyrus in question – which measures 4 by 8 centimeters (about 1.5 by 3 inches), no bigger than a business card – fell into King’s hands like a ripe fruit after years in which she had railed against the view that the early Christian community was dominated by men. She saw the sentence fragments in the papyrus, which was written in Coptic, as confirming the central role that women had played in the leadership of the Christian community that began emerging even during Jesus’ life, and more so after his death.

In her usual provocative, challenging fashion, King dubbed the papyrus text “The Gospel of Jesus’ Wife.” That shook the pillars of the ecclesiastic establishment and sparked a lively debate over the authenticity of the papyrus and the significance of its text.

King, a skilled and experienced scholar, was well aware of the professional risk involved should the papyrus prove to be fake. But the message it contained – a “million-dollar proof” of her academic views – blinded her.

She made do with a few documents that the papyrus owner gave her, which ostensibly proved it had been purchased. (These documents also later turned out to be forgeries.) She also consulted several renowned experts in papyri and Coptic, like Prof. Roger Bagnall of New York University and Prof. Ariel Shisha-Halevy of the Hebrew University, and said they had confirmed the text’s authenticity.

Needless to say, this wasn’t enough to convince the academic community. Immediately after King’s article was published, critics began challenging the authenticity of both the papyrus itself and its text.

The critics based their arguments mainly on the syntax and spelling of the Coptic in which it was written. Some also noted its suspicious similarity to another Coptic text, “The Gospel of Thomas,” which was found in Egypt in 1945 among the Nag Hammadi Papyri.

But King stuck to her position, which was reinforced by laboratory tests conducted at the Massachusetts Institute of Technology, Columbia University and Harvard. These dated the papyrus to between 659 and 869, and said the ink showed no signs of modern meddling.

Of course, this wasn’t enough to prove unequivocally that the text itself was authentic, rather than having been written by a skilled forger on an ancient papyrus (ancient papyri can be found for sale on the internet every day). But the findings were enough to bolster King’s position.

Sabar was one of the people who attended King’s Rome lecture and eagerly followed the lively debate that followed. From the start, he suspected that “The Gospel of Jesus’ Wife” was a forgery, and immediately after his encounter with King and her publication of the papyrus, he embarked on a fascinating journey in which he managed to solve the riddle, prove beyond a reasonable doubt that the papyrus was indeed a forgery and even pointed at the likely culprit.

The journalist, who isn’t an expert in either manuscripts or linguistics, left the arguments over Coptic syntax to those who were. He realized that salvation wouldn’t come from that debate. Instead, he began his exemplary investigation by digging through the purchase documents that the papyrus’ owner gave King.

According to the owner, he bought it from a man named Hans-Ulrich Laukamp, who had purchased it in East Germany in 1963 together with five other fragments. Along with the bill of sale, the owner gave King a letter dated to 1982, in which Prof. Peter Munro of the Free University of Berlin declared that he had examined the papyri together with one of his colleagues, that they appeared to be authentic, and that the text of one of them apparently came from the Gospel of John.

But all of the people involved were already dead. Laukamp had died in 2002, Munro in 2009 and the colleague he had consulted in 2006.

Sabar didn’t despair. Instead, he managed to track down some of Laukamp’s relatives in Berlin. They said he had moved to the United States in 1995 and settled in southern Florida, where he ran a BMW factory. But toward the end of his life, due to his wife’s illness, the couple returned to Berlin, where she died soon afterward.

Laukamp, it turned out, didn’t have a college education and never evinced any particular interest in either Egyptian or Coptic culture or early Christianity. It seemed unlikely that he would have bought the papyri, kept them secret from his family and contacted scholars in Berlin to confirm their authenticity.

Moreover, Laukamp left East Germany in 1961, some two years before the purchase date on the documents the papyrus’ owner gave King. The unequivocal conclusion from the information Sabar discovered in Berlin was that the documents that were supposed to confirm the fragment’s authenticity were forgeries.

During Sabar’s discussions with Laukamp’s relatives and with people who knew him in Florida, the name Walter Fritz came up. Fritz was one of Laukamp’s business partners. When Sabar began investigating him, it opened a Pandora’s Box that led the plot in new and unexpected directions.

Fritz, a German who had immigrated to the United States and lived in Florida, turned out to have been a student in the Free University of Berlin’s department of Egyptology and Coptology in the late 1980s. His fellow students remembered him as assertive and opinionated. But he disappeared one day, with no prior notice, for reasons that can only be guessed at.

In 1991, Fritz published an article about one of the Amarna Letters. But it turned out that all his conclusions in that article were ideas he had heard from Prof. Jürgen Osing – the head of the department and the terror of Egyptologists at that time – during a seminar the professor gave about the Pharaoh Akhenaten. Osing was furious. Not long after the article was published, Fritz disappeared from the university’s halls, never to be seen there again.

At around the same time, Fritz popped up elsewhere. In October 1991, he was appointed director of the Stasi Museum in Berlin. Fritz clearly lacked the appropriate training for the job, and it’s not clear how he managed to convince or mislead the committee that chose him.

Five months after he was appointed, the museum’s executive board rebuked him due to repeated reports of artifacts disappearing from the museum’s storage rooms. Fritz himself disappeared soon afterward, leaving behind a resignation letter. That’s when he moved to the United States, met Laukamp, became his business partner, managed to take over the business and eventually liquidated it.

At first glance, this detail of Fritz’s biography seems like uninteresting gossip. But it’s important when considering the motive that drove the papyrus’ forger. 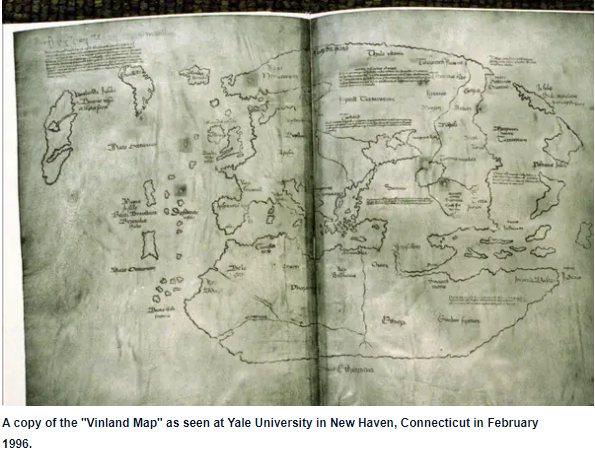 Was he driven merely by greed, or by a desire for revenge on the academic Egyptology establishment that had expelled him from its ranks? Or perhaps it was an attempt to promote the pro-feminist research agenda that links King’s academic positions with Dan Brown’s best-seller “The Da Vinci Code,” which revolves entirely around the question of Jesus’ wife? Or maybe it was an attempt to create an ideological, religious and moral basis for the behavior of Fritz and his wife, whom he claims communicated regularly with angels and even published a book about it?

Sabar met with Fritz, but he never admitted to being the forger. It took King four years to admit that the papyrus was likely forged, and she did so only after reading the results of Sabar’s investigation – which were initially published in The Atlantic in 2016.

All the circumstantial evidence points to Fritz but the riddle is still unsolved, and seems likely to remain so until the forger steps forward and explains why they did it.

“Veritas” is written like a detective novel and is full of fascinating details about the tortuous path Sabar has gone down since his first encounter with the papyrus in 2012. Aside from revealing the truth about one of the most fascinating forgeries of the last decade, it provides a warning and instructive lesson about academic arrogance, the importance of investigative journalism, and the fact that academic research – even if it seems distant, aloof and pompous – is umbilically connected to the society and culture in which it’s written.

It’s a well-known fact that the art and archeology collections in museums around the world – even the biggest and most important, like the Louvre in Paris or the Metropolitan Museum in New York – contain some forgeries. Exposing such forgeries is complicated and not always unequivocal. And even when the evidence indicates a high likelihood of forgery, museums often refuse to admit it, for their own reasons.

This is also true of papyri and manuscripts – not just those from antiquity and the Middle Ages, but even in the modern era.

Two similar cases of manuscripts accepted as authentic by the academic establishment that later turned out to be forgeries show that “The Gospel of Jesus’ Wife” is not unique.

The first is the “Vinland Map,” which appeared in the late 1950s and found its way to Yale University’s library. The map, which was dated to the early 15th century, describes the world known to people of that time, including Greenland and the Labrador coast of northeastern Canada, well before Christopher Columbus “discovered” America.

The map was ostensibly based on descriptions of journeys made in the 11th century and was said to show the areas influenced by the Vikings, who in previous centuries had invaded the West and reached both Greenland and the Labrador coast. After decades of research and arguments, most if not all scholars were unanimous in concluding that the map was a forgery.

The other case was that of the Hitler Diaries, which were purchased in 1983 by the German magazine Stern for 9.3 million deutsche marks ($4.8 million). They were publicly authenticated by one of the leading historians of World War II, Prof. Hugh Trevor-Roper of Oxford University. But they later proved to be forgeries, written between 1981 and 1983 by illustrator-forger Konrad Kujau.

Scholars and experts try to decipher and understand a text and learn everything possible from it about the person who wrote it, the circumstances in which it was written and the society within and for which it was created. But sometimes, philologists’ expertise and skill isn’t enough, and the watchful, suspicious, resolute eye of an investigative journalist is needed too.

Prof. Yitzhak Hen is head of the Israel Institute for Advanced Studies at the Hebrew University of Jerusalem.