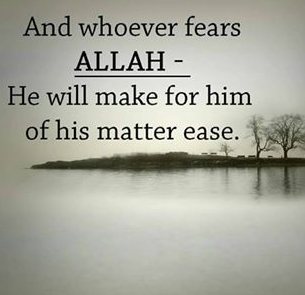 Imam ibnul Jawzi (rahimahullah) wrote a book about the virtues of Imam Ahmad (rahimahullah) in which he details a beautiful story that teaches us the importance of regular adhkaar.

Imam Ahmad was the most famous man in the Muslim world both before and after the fitanh during his lifetime. Imam ad-Dhahabi even said that he had the largest Janazah that took place in that era. In just 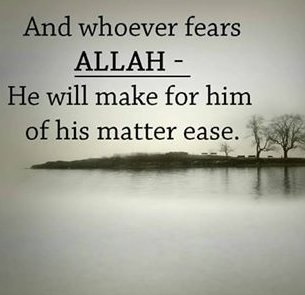 one day, 1.3 million people came to pray Janazah on him. SubhanAllah. Just imagine how popular and beloved he was, rahimahullahu ta’ala. He would cover his face when travelling to seek knowledge so people wouldn’t notice him. Look at the humility.

One day, he was travelling to ash-Shaam and on the way, he stops by a Masjid to spend the night. The guard of the Masjid tells him,”You need to get out, the Masjid is closing”. “I have no where to go,” said Imam Ahmad. “Ukhruj.. get out,” said the guard. Now, he could have said, “Oh, by the way, I’m Imam Ahmad,” but he didn’t. Instead, he, rahimahullah, took his belongings and went to sleep on the steps of the Masjid. The guard came outside and told him to get off the steps and go somewhere else. Imam Ahmad didn’t know what to do.

This guard then picked up Imam Ahmad by his legs and drags him to the middle of the street and drops him.

A baker who owned a bakery across the street saw Imam Ahmad and said, “You can stay in my bakery tonight. I’ll be doing some work .. you can come sleep here”. So he opens the way for him.

Imam Ahmad (rahimahullah) observes this man. He’s putting the dough together, putting it in the oven, and through every step of the process .. kneading, forming, baking, etc., the man is saying:

The entire night, he is making tasbeeh of Allah subhanahu wata’ala.

Imam Ahmad is shocked. Think about it, how quickly people get tired of tasbeeh, yet this man is constantly doing dhikr at his workplace! This isn’t even Tahajjud or I’tikaaf or something.

Imam Ahmad then asks him, “How long have you been in this situation?” He says, “Which situation?” “Making tasbeeh of Allah,” he said.

Imam Ahmad asks him a second question. “What have you seen from Allah as a result of all this tasbeeh that you make?”

Maa da’utullaha li shay, illa a’taani iyyaa … “I never made du’a to Allah for anything except that He answered it.”

Imam Ahmad says, “SubhanAllah! You never made du’a to Allah for anything except that he gave it to you?!

And he repeated.. “I never made du’a to Allah for anything except that He gave it to me … except for one thing.”

Imam Ahmad (rahimahullah) said, “And what is that?”

Imam Ahmad (rahimahullah) is brought to tears. He embraces this man and says:

“SubhanAllah. Qad jaa aka bi Ahmad. Yajurruhu bi rijlihi ila makhbazikh…” …“Here is Allah! He brought you Ahmad, dragging him by his feet to your bakery” ..”if it wasn’t for you, I could have slept in peace at the Masjid”.