You Are Here » Home » History » Ibn Sina: An Exemplary Scientist 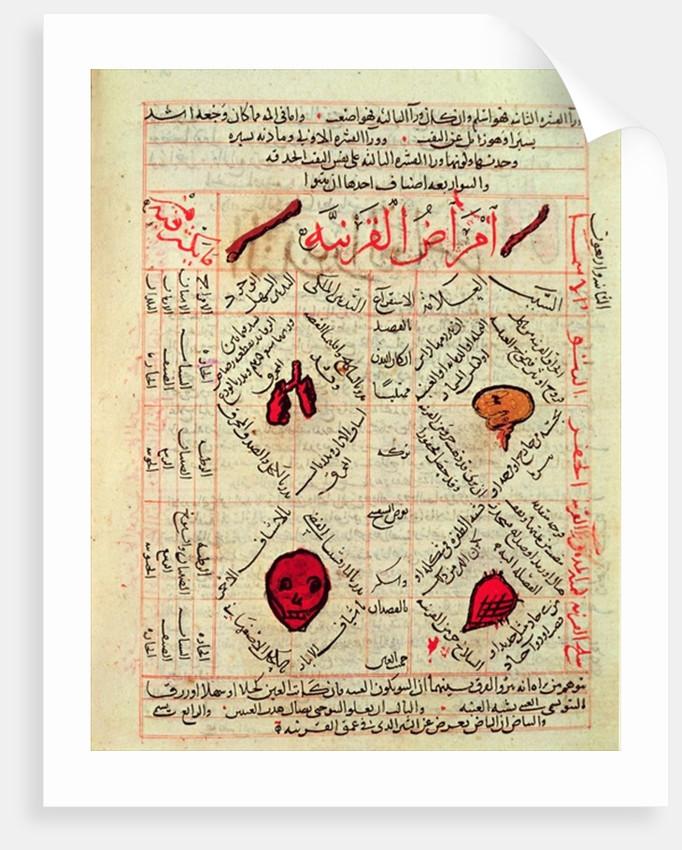 Ibn Sina (known as Avicenna in Latin and in the West) in his masterpiece The Canon of Medicine (United States National Library of Medicine, MS A 53) states that “Body secretions of a host organism (e.g., human being) are contaminated by tainted foreign organisms that are not visible by naked eye before the infection.” Let’s paraphrase this millennium-old statement as “Infections are caused by the contamination of body secretions of host organisms by foreign tainted microorganisms.” It is quite impressive that this definition is almost the same definition we use today for infections and more importantly that Ibn Sina hypothesized on the existence of microorganisms. Ibn Sina went even further to hypothesize that microbial diseases (e.g. tuberculosis) could be contagious and that those who are infected should be quarantined. Let’s briefly review the discovery of microorganisms and be further astonished with the intuition and vision of the “Father of Early Modern Medicine,” Ibn Sina (Colgan 2009).

Let’s take a moment to reflect on Ibn Sina’s life story to encourage readers to learn more about him (McGinnis 2010) and his contributions to modern medicine and science.

Ibn Sina was born in 980 in in the village of Afshana near Bukhara, Uzbekistan (previously known as Khorasan) to a local governor named Abdullah, from Balkh, and his wife Setareh, a local from Afshana. Thanks to his father’s position as a governor as well as his background as a scholar, Ibn Sina had access to an excellent education in Bukhara, which at the time was the capital and intellectual center of the Samanids. Ibn Sina was taught by some of the most famous scholars of the time in the sciences and in Islamic theology. By the age of 18, Ibn Sina had already mastered the sciences of his day and had become a practicing physician. In addition to his expertise in medicine, for which he became world-renown, he was also a well-known philosopher, astrophysicist, mathematician, and theologian. He spent his life educating people, treating patients and writing books that not only enlightened the people of his age but later generations throughout the world as well.

Although Ibn Sina was considered one of the greatest Muslim philosophers of the medieval age he was a widely respected and well-known physician and was known as the “Prince of Physicians” in the West, and al-Sheikh al-Rais (Leader of the Scholars) among his students and colleagues (McGinnis 2010, 227). His gigantic medical encyclopedia al-Qanun fi al-Tibb (The Canon of Medicine), comprising of upwards of a million words, has been used as the standard medical textbook up until the seventeenth century and is still widely considered a valuable resource for the study of medicine. It was printed thirty-six times in the fifteenth and sixteenth centuries alone (Ullman 1978) and is regarded as one of the most influential books in Europe during the Middle Ages and Renaissance (Siraisi 2001).

The Canon of Medicine consists of five books with each book subdivided into various subjects, subsidiary subjects, summaries, and sections. The first book, also called al-Kulliyyat (The Collection), discusses the scientific background of medicine and anatomy such as physiology, symptomatology, and the principles of therapy. The second book has an account of the therapeutic properties of substances used in medicine. The third book is devoted to pathology and specific or localized ailments. Diseases that affect the whole body, such as fever, are discussed in the fourth book. Ibn Sina explained the mixing of drugs in the final volume, which is a book on pharmacology. Ibn Sina, in his Canon, derives his system of medicine from the Greco-Roman physician Galen (Galen of Pergamon, modern day Bergama, Izmir, Turkey, 129-200 CE) who himself based his approach on Hippocrates (460-370 BCE). Ibn Sina also benefited from ar-Razi (Rhazes in Latin, 865-925 CE) and al-Majusi (Haly Abbas in Latin, died circa 990) to present a systematized and comprehensive view of the medical sciences of the time (Prioreschi 2003).

Ibn Sina is only one of many great minds of the Muslim World during the medieval era. There were other great minds such as Ibn Rushd (Averroes in Latin), Ali Kuscu, al-Farabi (Alpharabius), Omar Khayyam and many more whose multifaceted studies encompassed diverse scholarly fields such as exegesis, law, logic, metaphysics, mathematics, astronomy, and medicine. The great Mesopotamia and Andalusia Civilizations – civilizations that were built by these brilliant scientists and philosophers – established the foundations of the science, art and philosophy of our age. The knowledge developed by the Muslim scholars was later transmitted to Europeans and enabled Europe to emerge from the Dark Ages and into the Renaissance.

A Renaissance is also needed for the Muslim world today. This can only be possible when they can raise a new generation of scholars like Ibn Sina who can lead the society with their groundbreaking findings and illuminating interpretations.