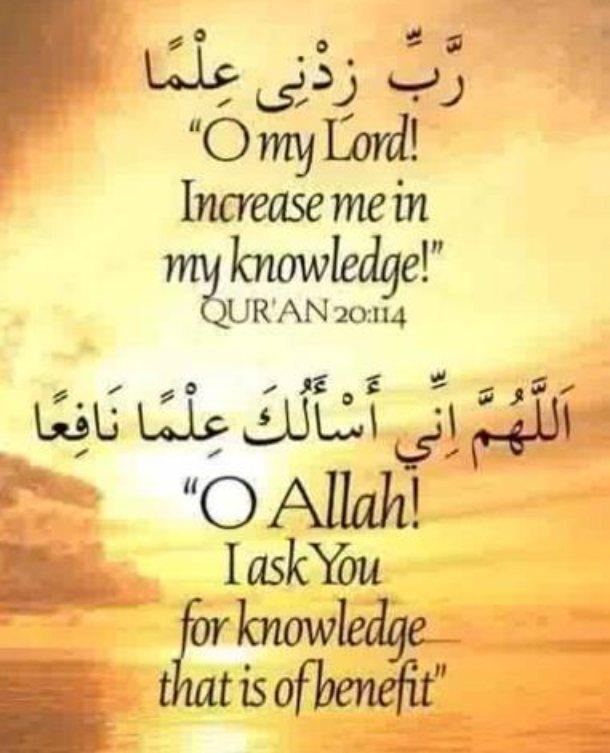 (click here for a brief biography of the imam)

This is the introduction in his risalah (رسالة) (treatise) that the imam wrote; titled Iqtidaa-ul-‘Ilm al-‘Amal (Knowledge Mandates Action) – essentially giving naseehah (نصيحة ) (advice) for those seeking sacred knowledge :

We give thanks to Allaah, the One free of all defects, for having guided us.And we ask Him to grant us the ability to act upon what He has given us knowledge of, for indeed, goodness cannot be attained except by His success and assistance. Whomsoever Allaah leads astray, there is no one from His creation that can guide him.

May Allaah send His praises upon Muhammad, the chief of the first and the last, as well as his brothers from among the prophets and messengers, and those who follow the light (i.e. the Qur’aan) that was revealed to him until the Day of Recompense.

I advice you O seeker of knowledge to have a sincere and pure intention in your search for knowledge, and that you exert yourself in acting upon what it mandates (from action). This is since knowledge is a tree and action is its fruit. And one can never be considered knowledgeable so long as he doesn’t act upon what he knows.

It has also been stated: “Knowledge is a parent and action is its offspring” and ‘Knowledge comes with action, while narrating comes with investigating.”

And there is nothing worse than a scholar whose knowledge the people abandon because of the corruption of his ways, or an ignorant person lose ignorance the people accept because of what they see from his worship.

So a little of this (knowledge) along with a little of that (action) is what is lost likely to save you in the end, when Allaah bestows His mercy upon His servant and completes His favour upon him. But as for laziness and negligence, love for ease and comfort, preferring the easy life, showing indifference, and inclining towards leisure and relaxation, then the results of these characteristics are blameworthy, detestable and disastrous.

Sahl bin Muzaahim, may Allaah have mercy on him, said: “The matter is tighter upon a scholar than when one clenches his fist. Even though an ignorant person is not excused because of his ignorance, a scholar will still receive a greater punishment if he abandons what he has knowledge of and doesn’t act upon it.”

So did those of our Salaf (predecessors) from the past reach the high levels that they did except through sincerity in Creed (Beliefs), righteous actions and overwhelming abstinence of the attractive features of this worldly life? And did the wise people reach the greatest level of success (that they did) except by working hard in their efforts, being pleased with little sustenance, and giving away any of their excess provisions to the poor and needy?

Therefore, let each individual examine himself and take advantage of his time, for indeed the resting place (i.e. this world) is short, the (time for) departure is near, the road is hazardous, deviating from it is common, the danger is great, the one who takes himself to account has insight, Allaah, the Most High, is watching, and to Him is the (final) recourse and return.