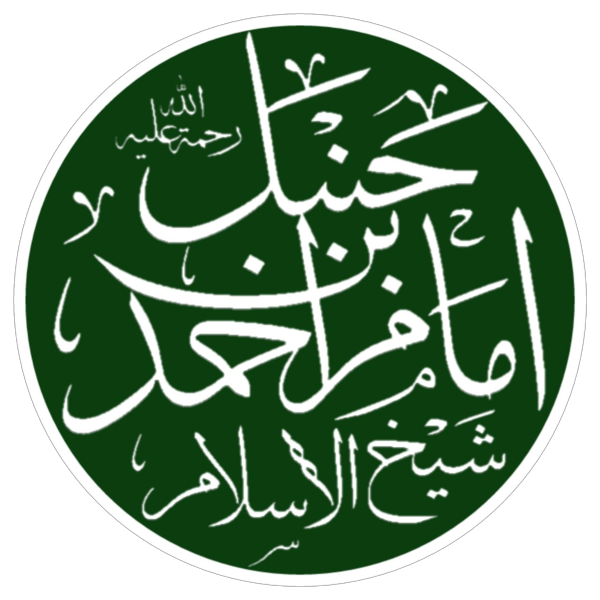 Imam Ahmad’s رَحِمَهُ ٱللَّٰهُ‎ ancestors were Arabs who participated in the Islamic conquests of the Sasanian Empire in the seventh and eighth centuries. Early biographies identify him as “Basran, Khurasani, Baghdadi.” Basra, a city in southern Iraq, is recently famous as under the control of the British Army. Imam Ahmad رَحِمَهُ ٱللَّٰهُ‎ was Basran because his ancestors had settled there in the seventh century, when the Arabs first conquered Iraq. Khurasan was a faraway district comprising parts of present-day north-eastern Iran, Afghanistan, and Uzbekistan, which was conquered by Arabs operating from Basra. His grandfather, Hanbal, was governor of the city of Sarakhs. He played an important role in the Shi‘i revolution of 132/749 that ushered in the ‘Abbasid dynasty of caliphs. Imam Ahmad’s رَحِمَهُ ٱللَّٰهُ‎ father, Muhammad, was born shortly after the revolution and became a soldier in the city of Marw, one of the four leading cities of Khurasan. His mother was Safiyah.

In the first two centuries, Islam and Arabism were so tightly identified that conversion to Islam required the convert almost to be adopted by an Arab. Muslims with Arab ancestors (in the male line) took pride in their superiority to those Muslims who lacked them. Yahya ibn Ma‘in, whose ancestry was not Arab, remarked with relief that Imam Ahmad رَحِمَهُ ٱللَّٰهُ‎ never lorded his Arabness over others, nor even mentioned it (TMD 5:257–8). In classical Islamic law, pure Arabs had a few privileges over other Muslims, which Imam Ahmad رَحِمَهُ ٱللَّٰهُ‎ upheld. For example, a virgin daughter might normally be married to whomever her father chose; however, she had a veto if her proposed husband were of a demonstrably inferior social group, such as a non-Arab would be to an Arab. On the whole, though, Imam Ahmad رَحِمَهُ ٱللَّٰهُ‎ stood for ranking Muslims by their piety, not birth.

Imam Ahmad’s رَحِمَهُ ٱللَّٰهُ‎ mother fastened a pearl to each ear when he was a baby. Later, he took them off and sold them for thirty dirhams, the cost of a Spartan pilgrimage to Mecca (Sirah, 30, 33). There are several stories of conflicts with his mother over his determination to seek hadith (reports of what the Prophet  ﷺ and other early Muslims had said or done, thus showing the way to lead a God-pleasing life). She would withhold his clothes until the dawn call to prayer was heard, to prevent him leaving for the mosque any earlier. He also recollected sadly that he had not asked his mother’s permission to walk to Kufa to seek hadith (Sirah, 33). In Islamic law, parental permission is needed to embark on the holy war but not to travel in quest of hadith.

Imam Ahmad’s رَحِمَهُ ٱللَّٰهُ‎ basic education in reading, writing and arithmetic took place at a local kuttab (elementary school). There are stories of how illiterate women would ask the schoolmaster to send Imam Ahmad رَحِمَهُ ٱللَّٰهُ‎ ibn Hanbal to them to write letters to their husbands, campaigning with the caliph against the Byzantines. He would take their dictation with downcast eyes, so as not to look at women who were not close relatives, and never wrote down anything improper (Manaqib, 20 22–3).

He had an uncle in the caliphal bureaucracy, which is presumably one reason why, at fourteen, he moved from the kuttab to the diwan, an office of the government. Using family connections, he might have made his career as a scribe, but his piety got in the way. There are stories that his uncle asked him to convey reports on affairs at the capital that would eventually be passed to the caliph on the frontier, but Imam Ahmad رَحِمَهُ ٱللَّٰهُ‎ refused on seeing the caliph’s courier, or even pitching his reports into the river (Manaqib, bab 3). It was pious not to have anything to do with the government, which was notorious for collecting taxes and expropriating land it should have left alone.
Imam Ahmad رَحِمَهُ ٱللَّٰهُ‎ also had (or developed) cultural objections to the scribal class. When someone wrote him to congratulate him on the birth of a child, he threw the letter down and said in disgust, “This is not a scholar’s letter, or a traditionist’s, but a scribe’s” (Manaqib, 303 409). The scribes cultivated a clever rhetorical style that set them apart from the common people but seemed frivolous to the serious-minded Ahmad. (However, Imam Ahmad رَحِمَهُ ٱللَّٰهُ‎ is said to have taken care to speak with all the correct case endings and to have beaten a daughter who did not [IAY, 1:7; Manaqib, 307 414].)

Imam Ahmad رَحِمَهُ ٱللَّٰهُ‎ began to seek hadith in 179/795–6, when he was fifteen years old (he is quoted as saying “when I was sixteen” but this presumably meant in his sixteenth year; Manaqib, bab 4). This was the start of his life’s work. His quest would, over the next twenty-five years, take him to Kufa, Wasit and Basra in Iraq, to Mecca and Yemen, to the Byzantine border at Tarsus and to Homs and Damascus in Syria.

When Imam Ahmad رَحِمَهُ ٱللَّٰهُ‎ was twenty-eight or thirty (that is, in 192/807–8 or 194/809–10), the famous jurisprudent Imam alShafi‘i رَحِمَهُ ٱللَّٰهُ‎ (died Old Cairo, 204/820) is said to have suggested to the caliph al-Amin that he be appointed qadi for Yemen, “since you like going to ‘Abd al-Razzaq and will judge justly.” However, Imam Ahmad رَحِمَهُ ٱللَّٰهُ‎ wanted nothing to do with the judgeship and told Imam Shafi‘i رَحِمَهُ ٱللَّٰهُ‎ he would never see him again if he said any more about it (TMD 5:273–4). He had two powerful objections to being a qadi. First, he would not wish to identify himself with the ruling power (in the early ninth century, qadis were thought to judge as deputies of the caliph himself). Second, he would not wish to renounce the prerogative of answering questions cautiously, to say “I don’t know” or “I hope there is no harm in it,” rather than having to make decisions with immediate and often irrevocable consequences. Unfortunately, the story is less likely to be an actual incident in Imam Ahmad’s رَحِمَهُ ٱللَّٰهُ‎ life than a later fiction to illustrate his piety and Imam Shafi‘i’s رَحِمَهُ ٱللَّٰهُ‎ respect for him.

Imam Ahmad رَحِمَهُ ٱللَّٰهُ‎ did not marry or occupy himself with making money until he was past the age of forty and had got the knowledge he wanted. We are told that he was precisely forty at the time of his first marriage, which means he married in 204/819–20. His wife was an ‘Abbasah bint al-Fadl, of Arab lineage. She gave birth to a son, Salih, who grew up to be Imam Ahmad’s رَحِمَهُ ٱللَّٰهُ‎ biographer, a collector of his opinions, and a qadi. Then she died (IAY, 2:49; Manaqib, 298 402).

Then Imam Ahmad رَحِمَهُ ٱللَّٰهُ‎ bought Husn, who gave birth to several children: Umm ‘Ali Zaynab, a daughter (perhaps also called Fatimah – girls might bear two names), twins al-Hasan and al-Husayn, who died shortly after birth, al-Hasan and Muhammad, who lived to be around 40 years old, and finally Sa‘id, who grew up to become a deputy qadi in Kufa (IAY, 2:49; Manaqib, 307 414).

For years, I have collected references to the sources of income of Muslim men of religion. The one that comes up most often is trade; for example, Imam Ahmad’s رَحِمَهُ ٱللَّٰهُ‎ shaykh, Abu ‘Asim al-Nabil رَحِمَهُ ٱللَّٰهُ‎ (died Basra, 212/828?), was a silk trader (TI 15:192). The second most common is income from rents. Imam Ahmad’s رَحِمَهُ ٱللَّٰهُ‎ principal source of income seems to have been renting out the property he inherited from his father: one shop brought in three dirhams a month (Hilyah 9:179). A collection of shops is said to have yielded seventeen dirhams a month in the 220s/ mid-830s–40s (Ibn Kathir, 10:337). He occasionally sold items made by his womenfolk, mainly spun yarn and woven cloth (Sirah, 42) and sometimes accepted a government stipend (‘ata’) as an Arab and a soldier’s son (Siyar 11:320). He also went out to glean (Siyar 11:320).

Imam Ahmad رَحِمَهُ ٱللَّٰهُ‎ seems to have been continually short of cash. A bookseller relates getting four or five dirhams from a person who said it was half of everything he owned. The bookseller went on to Ahmad, who gave him four dirhams, with the comment that it was all he owned. There are several other stories in which he gives away all he owns, in the form of four or five dirhams (Manaqib, 240 324–5). He is reported to have been overjoyed when one of his tenants came to him with one and a half dirhams: “I supposed that he had assigned it to some pressing need” (Manaqib, 225 307).

Imam Ahmad رَحِمَهُ ٱللَّٰهُ‎ wanted to spread the truth, but he had no ambitions for personal honor and fame. Although he sat in the mosque after the afternoon prayer, ready to offer judicial opinions (fatwas), he would not speak unless asked a question (Siyar 11:217). An uncle came to visit him and found him lying with his hand under his cheek. The uncle said, “Nephew, what is this gloom? What is this sadness?” Imam Ahmad رَحِمَهُ ٱللَّٰهُ‎ raised his head and said, “Uncle, blessed is he whose renown God has extinguished” (Jarh 1:306). After the abolition of the Inquisition (of which more below), he became the most famous man in Baghdad. “I want to die,” he told his son ‘Abd Allah:

This matter is more severe than that. That was the trial of flogging and imprisonment, which I could bear. This is the trial of the world. (Siyar 11:215) … I wish I were in a gorge of Mecca and so unknown. I have been tried by fame. I wish for death morning and evening. (Siyar 11:216)

Whenever Imam Ahmad رَحِمَهُ ٱللَّٰهُ‎ saw a Christian, he closed his eyes. He was asked about that and said, ‘I cannot look at someone who has lied about God and lied to him” (IAY, 1:12). “He loved in God and hated in God,” recalled Marrudhi. “In matters of religion, his anger became intense. He put up with nuisances from the neighbours” (Siyar 11:221).