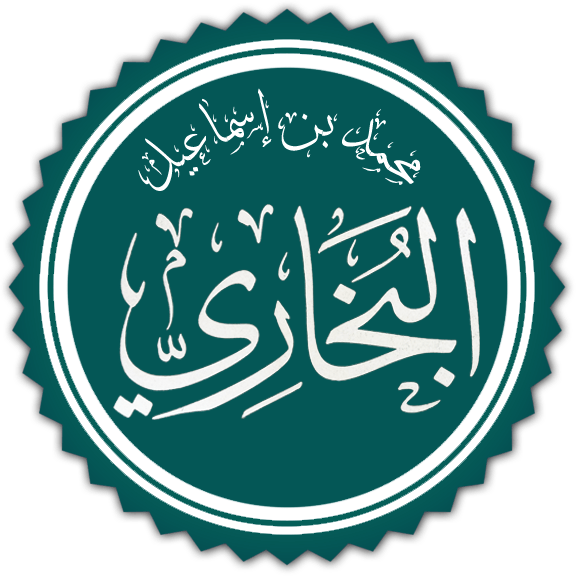 The main source for these biographical notes is ‘Tadhkirat al-Huffaz, by Imam Muhammad al-Dhahbi (d. 748)

Abu ‘Abdullah, Imam Muhammad ibn Ismail ibn Ibrahim ibn al-Mughirah ibn Bardazbeh al-Ju’fai al-Bukhari, the author of the Sahih and other collections and classifications, was born in the month of Shawwal 194 AH, corresponding to 810 CE. He lost his father in his childhood. After having learned all the ahadith related in his hometown, he traveled with his mother and brother in 210 AH to Balkh, before going on to Makkah, Basrah, and Kufah, where he studied under the leading scholars of these cities. He then travelled on to Syria where he attended the main scholars in Asqalan, Damascus and Hums. He started to teach Hadith and to prepare collections and classifications of Hadith at a young age, or before he had a single hair on his face, ’ as his biographers say. He was without peers in his intelligence, knowledge, worship and dedication. Among his large number of students who reported ahadith learnt from him was al-Tirmidhi. He is quoted as saying: “I have written down what I heard from more than 1000 men. ”  Muhammad ibn Khamaraweih quotes him as saying:  “I know by heart 100,000 authentic ahadith and 200,000 ahadith which are less than authentic. ”  Ibn Khuzaymah says: “No one on the face of the earth has better knowledge of Hadith than al- Bukhari. ”  He died on the night of ‘Id al-Fitr in 256 AH.

A Test of Peers

There are many reports about the excellence of al-Bukhari’s scholarship and his fascinating memory. One of the most amazing reports mentions that on his arrival in Baghdad, a number of Hadith scholars thought of putting him to a test in order to establish whether his reputation was deserved or not. After some deliberation, they came up with a plan, selecting 100 ahadith, and switching their texts and chains of transmission around, so that the text of each hadith would have a chain of transmitters belonging to a different hadith. They selected ten scholars, giving to each one ten of these ahadith that had been tampered with. They were supposed to put these patched up ahadith to al- Bukhari in public. They arranged with him a time for a study circle in the main mosque which they all attended, including the ten scholars with the ahadith in question, and they invited a number of people so that the circle was well attended by both scholars and laymen.

When the circle was in progress, one of the ten scholars stood up and put to him the first of his ten tampered with ahadith, asking him how he graded it, but al-Bukhari said: ‘I do not know this one. ’ He then put to him the remaining nine ahadith, but each time, al-Bukhari gave the same answer: ‘I do not know this one. ’The scholars who were aware of what was going on whispered to one another: ‘The man has discovered the game. ’ But ordinary people felt that al-Bukhari was a very ordinary scholar. The other nine scholars did the same asking him about each one of their falsified ahadith, and each time he gave exactly the same answer, giving no further indication of his under­ standing. When all had finished, and he realized that there were no further questions, he looked at the first man and said: ‘Your first question quoted the following, but this is incorrect and the correct hadith is so and so. Then you asked me about the following and the correct version is such and such. ’ He put to him all the ten questions in the wrong way the man had delivered them and gave to each the correct version. He then did the same with the other nine men, quoting each of his ten questions and then putting them into their correct versions, giving each text its correct chain of transmission and attaching each chain to its correct text. All people attending the mosque were unanimous that he was a scholar of the highest calibre.

“With al-Bukhari ’s high scholarship, it is no wonder that he could put each hadith correctly. What is most amazing is that he was able to repeat from memory all those wrong ahadtth, in the order they were put to him, when he had only heard them once. ”

We do not know of any book of a religious nature, by a human being, which has been subject to as many comments, explanations and annotations by scholars in successive generations as has this book which is considered the second most accurate work after the Qur ’an. In earlier periods, commentaries, interpretations and annotations were the methods that revealed the extent to which scholars cared about and were interested in a certain book. The more of these written about a particular book, the higher its rank among scholarly works and the greater its fame in academic circles. Conversely, books that received little such attention were unlikely to receive public interest. As this was the only criterion to assess the success of any work in earlier generations, we can decisively conclude that al-Bukhan ’s Sahih occupies a prime position among Islamic works produced anywhere in the world at any time since the revelation of the Qur ’an and the start of advocacy of the Islamic message up to the present day. No less than 131 books by way of commentary and annotation have been written about al-Bukhari’s authentic collection. The number may be even greater. This total is based only on a few indexes compiled by scholars, such as Kashf al-Zunun by al-Halabi, Miftah al-Sa’adah by Tash Kubra Zadeh, Ithaf al-Nubala, al-Dibdj al-Mudhahhab, Nayl al-Ibtihaj, and the introductions to various commentaries and annotations, as well as al-Thaqafah al-Isldtniyah ft al-Hind by Abd al-Hayy al-Hasani, the former Director of Nadwat al-Ulama  (d. 1341 AH) and some of his individual research efforts. There is no doubt that the Muslim world is far wider than geographers imagine and Islamic history extends much further than historians believe. There may be many a treasure hidden in a little corner.

Ibn Hajar’s commentary known as Fath al-Bari, in 13 very large volumes and an extensive introduction, could be treated as a complete library in Hadith disciplines. It is without equal in the history of any religious faith. The
Muslim community should proudly introduce this great scholarly work to scholars and researchers in religion, philosophy and human civilization and culture. It provides clear evidence of the Muslim community’s exceptional scholarly efforts and advancement, and the extra care it has always taken of the Prophets heritage, studying it thoroughly and profoundly.

We do not in any way underestimate the value of other commentaries written on al-Bukhari ’s Sahih, particularly
Umdat al-Qari by Badr al-Din al-Aym in 11 volumes, constituting a complete library of linguistics and literary disciplines, as well as in the deduction of rulings and other conclusions. We may also add the commentary known as Irshiid al-Sdri by al-Qasralani, in 10 volumes

The second important criterion to judge a book is the time allocated to its study, and the keen interest in copying and disseminating it, as well as competing in learning or memorizing it. All this has continued, generation after generation, and by one class of scholars after another, to the extent that the Sahih was never allowed to be out of keen academic and scholarly interest during any period of history. Such keen interest has preserved it free of any distortion or alteration. We can say without fear of contradiction that al- Bukhari’s Sahih enjoys such distinction, ranking second only to God’s book, the Qur ’an. No less than 90,000 scholars and reporters received this book from its author in chains of transmission leading up to its compiler. It has attained the rank of mutawatir (This describes a statement or a text reported by a number of scholars or reporters at every stage which is large enough to preclude
to any possibility of reporting something they know to be false) in its popularity and accurate reporting up to its author. No one will deny this except one who doubts what is mutawatir or proven scientific fact. The book continues to receive much interest, study and research in scholarly institutions throughout the Muslim world.

Chapters and Notes of Special Importance

Scholars devoted to the study, teaching, classification and commentary on Hadith are agreed that the chapter divisions, headings and notes made by al-Bukhari are of the finest quality, reflecting his keen intelligence. Indeed, his notes and headings are a distinctive feature, giving his work a position of superiority among books of authentic ahadith, great as these may be. Furthermore, scholars are graded in their excellence, originality and insight on the basis of their understanding of this great book and their ability to unlock its treasures and uncover the author’s purpose. No one is awarded a position of excellence in Hadlth scholarship or teaching, experienced in such matters as he may be unless he has studied this work in-depth and presented it with true clarity. Hence, scholars of both olden and recent times gave priority in their attention to this work and made it the subject of much of their work. Indeed, no literary critic has ever made an effort into explaining and interpreting even the finest poems, rich as they may be in images and figures of speech, which could approach, let alone exceed, the profound effort exerted by scholars who wrote commen­taries on al-Bukhari s Sahih. No other work has received as much attention as al-Bukhari’s

The great subtlety encountered in chapter headings and notes made by al-Bukhari reflects his great variety of purpose and depth of understanding, as well as his excep­tional intelligence. It also reflects a keen desire by the author to give maximum benefit to others. He may be likened to a be keen to have its full capacity of fine pollen in order to make from it pure honey that is certain to cure illness.