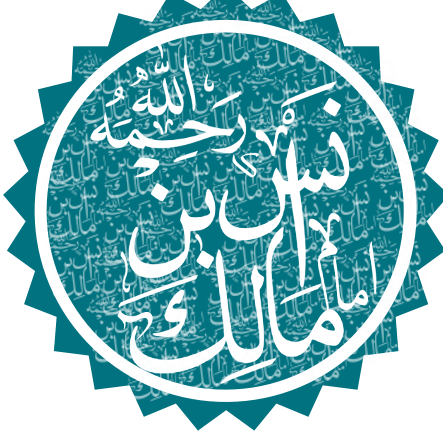 Malik b. Anas b. Malik b. Abu ‘Amir Al-Asbahi رَحِمَهُ ٱللَّٰهُ . He was probably born in 93 A.H. at Madina though dates ranging all the way from 91 to 97 A.H. have also been given. His grandfather Malik was a Successor and his great grandfather was a Companion of the Prophet. Originally his family belonged to Yeman, and in the time of the Prophet they settled in Madina. His family consisted of his wife Fatima and three children: Yahya, Muhammad and Hammad.

It seems that his father carefully looked after his son, and used to revise his lessons with him. Once Malik made a mistake in answer to his father’s question, upon which his father told him that this must be owing to the time he spent playing with pigeons. That was a good lesson for Malik and henceforth he concentrated his full attention on his studies.

He did not travel abroad for learning ahadith yet had very good opportunity to learn from the famous scholars of the world as most of them visited Madina. The number of his students exceeds a thousand and several books have been written on the subject.

His relations with the political authorities were amicable, though he did not do them any favors. When asked about his relations with the Caliphs and Governors, he replied that they are in need of sincere advice. It is the duty of every learned person to meet them and direct them towards good and forbid them from doing evil.

His Modesty and Far-Sightedness

The Caliph Abu Ja’far asked Malik to write a book which may be promulgated as the law of the state all over the Islamic world, and it would be used to judge and govern, and anyone who differed from it would be prosecuted. Imam Malik disagreed with this and said that the Companions of the Prophet were scattered all over the Muslim World, especially in the time of the Caliph ‘Umar who used to send them as teachers. The people learned from the Companions, and every generation learned from the previous ones. In many cases, there is more than one choice in practicing Islam. One of the aspects of Islam has been emphasized by some scholars, while others took other aspects. As a result, there has been a variety of methods and most are of equal status. Therefore, if one tries, to change them from what they know to what they do not know they will think it is heresy. Hence it is better to leave every city with whatever knowledge it has of Islam. Aba Ja’far appreciated this farsightedness. Even when the Caliph wanted that Malik should read this book to the Princess, the scholar replied. “Knowledge does not go to people but people come to it.” When the Caliph requested that other students should not join the class with the Princess, he refused this favor saying they would sit where they found an empty place.

He was physically beaten by order of the Governor of Madina Ja’far b. Sulaiman because one of his fatwas (legal decision) was regarded as a move against the authorities. He died in 179 A.H.

The following works have been attributed to him:

The fate of most of these books is unknown. However, Malik is famous for his school of thought, his personal character, his scholarship, and his book Muwatta’.

Plan and Purpose of Muwatta’

It records ahadith of the Prophet and the legal decisions of early scholars of Madina. A famous lawyer ‘Abdul ‘Aziz b. ‘Abdullah al-Majshan (d.164) compiled a book containing the legal decisions only. Malik criticised his work and said that if he had compiled the works he would have begun with the athar and then followed them with legal decisions. Later on Malik produced his work on this pattern. Muwatta’ is not purely a hadith book. It contains the ahadith of the Prophet, legal opinions of the Companions and the Successors and of some later authorities.

He refers very frequently to the unanimous opinions of the scholars of Madina on subjects where there is no hadith from the Prophet, or even in understanding the hadith of the Prophet and its application.

Quantity of the Material

It seems that he collected a huge amount of material and selected a few thousand ahadith out of it. Whatever Malik learned in perhaps forty years is available in Muwatta. He steadily revised this work and as a result reduced the material in it. Therefore, it has more than eighty versions. Fifteen of them are more famous and now only one version of Yahya b. Yahya is available in its original form, complete and printed. This version contains:

A vast literature has been produced on this book, and in this context perhaps it stands next to the Sahlh of Bukhari.

The most famous commentaries are by: