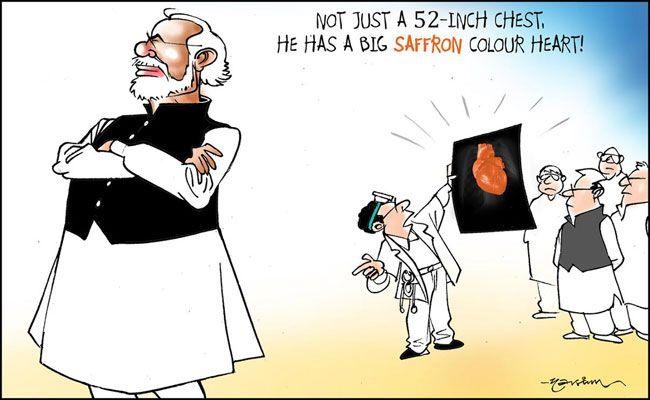 India’s Covid Crisis Has a Familiar Culprit. The same government flaws that have long plagued Indian entrepreneurs are now jeopardizing the world’s battle to end the pandemic.

Mihir Sharma is a senior fellow at the Observer Research Foundation in New Delhi and head of its Economy and Growth Programme. He is the author of “Restart: The Last Chance for the Indian Economy,” and co-editor of “What the Economy Needs Now.”

Just a few short weeks ago, Indian government officials were patting themselves on the back. India was the “pharmacy of the world,” they said, and its cheaply produced vaccines would help end the Covid-19 pandemic globally. The federal health minister declared that the country had entered “the endgame” of its own battle against the pandemic. Even the Reserve Bank of India announced in unusually enthusiastic tones that India had “bent [the Covid-19 curve] like Beckham” and that “soon the winter of our discontent will be made glorious summer.”

Such boasts sound foolish, at best, today. Covid-19 case numbers and deaths have begun to spike exponentially in India, easily passing the numbers recorded during last autumn’s peak. Hospital beds are running short and so are vaccine doses. Although the government has halted all vaccine exports, many states have only a few days’ supply left in stock.

What went wrong? As is typical in India, official arrogance, hyper-nationalism, populism and an ample dose of bureaucratic incompetence have combined to create a crisis. The state has left India vulnerable to a second Covid-19 wave, multiple new mutations and the threat of repeated, livelihood-destroying lockdowns.

Worse, Indians aren’t the only ones who will pay the price. Developing nations that had been counting on the “pharmacy of the world” will now have to wait longer for their jabs, even as the new variants continue to spread.

Let’s start with the arrogance. The government appears to have unwisely believed its own rhetoric about having bent the curve of infections after imposing the world’s strictest lockdown last year. Even when new and virulent strains of the virus began to emerge, some of them from India’s own hinterland, officials showed no increased urgency about rolling out vaccinations. Regulators approved the first Indian vaccines in December. The first shot wasn’t given until more than two weeks later.

Then there’s the nationalism. Indian bureaucrats and regulators, under whatever administration, are prone to a barely disguised xenophobia. Thus, regulators pushed out an indigenously developed vaccine, Bharat Biotech Ltd.’s Covaxin, even before Phase III trial data was available. Meanwhile, other vaccines that had received regulatory approval elsewhere — including those from Pfizer Inc. and Johnson & Johnson — were unnecessarily held up until trials could be conducted in India.

World Health Organization guidelines say that such “bridging trials” may be needed “if there are compelling scientific reasons to expect that the immune response to the vaccine, and therefore its efficacy, could be significantly different to that documented in a prior efficacy trial.” Indian authorities never bothered to share these compelling scientific reasons. Why J&J’s vaccine, demonstrated to be effective even against the virulent South African and Brazilian variants, would need another large-scale trial in India demands some explanation, surely? (The company is still awaiting permission to launch a bridging trial.)

As for populism, the government sought to squeeze the private sector using price controls. Vaccine manufacturer Serum Institute of India was forbidden to produce for India’s private market, although CEO Adar Poonawalla had repeatedly said he would continue to offer the government doses of the vaccine from AstraZeneca Plc. for only Rs. 150 ($2) each. That price “is not profitable enough to re-invest substantially in building capacity,” said Poonawalla, who hoped to sell other doses on the open market for Rs. 1,000 ($13) each. Now the company has lost its export orders as well, further constraining cashflow.

As a result, Serum Institute has received a legal notice from AstraZeneca for failing to fulfill its contracts. More importantly, the company hasn’t got the cash to scale up its manufacturing capabilities. It’s making 50-70 million shots a month; it needs to double that at least. Poonawalla has now asked the government for $400 million to ramp up capacity.

The government seems to expect Indian manufacturers to produce vaccines on spec, jump through various regulatory hoops and then break all their other remunerative contracts in order to give the final product solely to the Indian state — at grossly insufficient prices. Is it any wonder that Pfizer’s local subsidiary quietly withdrew its application for emergency use of its vaccine in India?

This kind of regulatory uncertainty, bullying, lack of foresight and urgency, and contempt for legitimate profit-making is familiar to every entrepreneur in India. Such attitudes are at the root of the country’s growth and investment crisis. Now the rest of the world will have to suffer the consequences.