You Are Here » Home » Miscellaneous » Topical and Current Affairs » India : Shocking photos reveal reveal a country in crisi amid a dramatic surge in COVID-19 infections 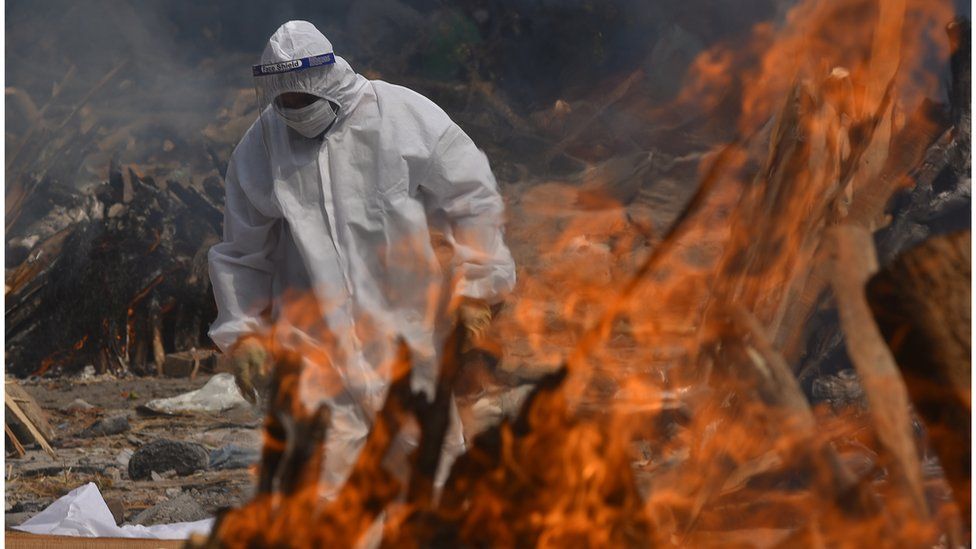 India has been reporting the highest number of new daily coronavirus infections in the world, breaking the global record for the fifth day in a row earlier this week.

India reported more than 17 million coronavirus cases, and the death toll in the country surpassed 195,000, according to data from Johns Hopkins.

Workers are overwhelmed with bodies of COVID-19 victims as cases continue to surge.

Wooden pyres are used to cremate bodies as part of a traditional funeral rite in India.

But as the death toll continues to rise in the country, authorities are getting requests to cut down trees in city parks for mass funeral pyres of COVID-19 victims.

Cases in India began to creep back up in numbers in March, but “no one saw the extent of the surge,” K. VijayRaghavan, principal scientific adviser for the Indian government, said, citing a CNN report.

“As the previous wave came down, there was in all of us a feeling that this was something which had been dealt with substantially,” VijayRaghavan continued. “We saw signs of a next surge, but the scale and the intensity of it was not clear.”

Families mourn the loss of their loved ones while donning medical gear and PPE as infection still runs rampant.