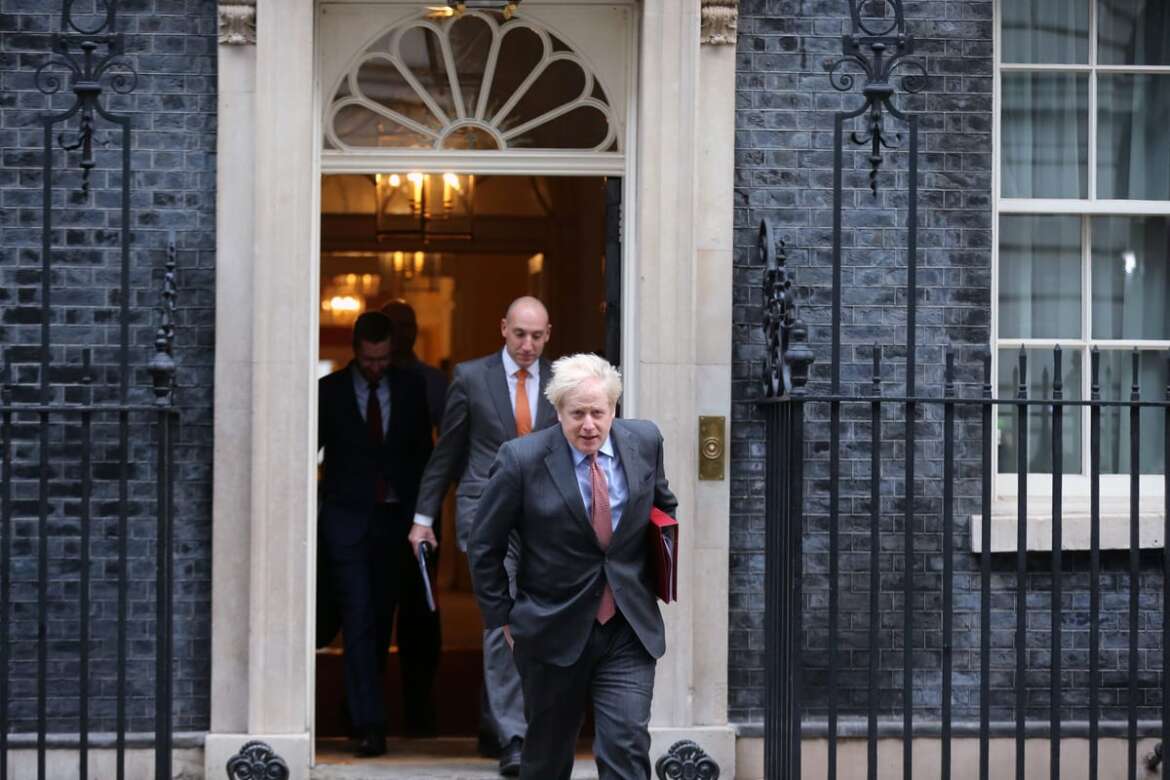 A third of the members of the British cabinet, including Prime Minister Boris Johnson, have been funded by Israel or pro-Israel lobby groups, Declassified UK has revealed. The investigative journalism website uncovered the various ways through which the occupation state has courted members of the government over the years, a trend that was denounced as “disgusting” last month by a senior Conservative former minister.

British MPs have been courted in a number of ways including trips to Israel funded by pro-Israel groups. Johnson reportedly went on a five-day trip to the occupation state in November 2004, three years after he first entered parliament. It was jointly funded by the Israeli government and Conservative Friends of Israel (CFI), a powerful Westminster lobby group which does not disclose its funders but has claimed 80 per cent of Conservative MPs are members.

According to Declassified Johnson did not declare the trip in his parliamentary register of interests until four years later, in 2008, and did not disclose the cost of the trip, which may be a breach of parliamentary standards. Former chancellor George Osborne, who was also on the trip, registered it two weeks after returning.

In 2012, CFI organised a “battle bus” to take Johnson on a tour of north London as part of his London mayoral election campaign.

Five other ministers in the cabinet – Alok Sharma, Kwasi Kwarteng, Robert Jenrick, Oliver Dowden, and Amanda Milling – took paid-for trips to Israel from 2011 to 2016. Kwarteng and Milling are said to have visited the year after they first entered parliament, while Dowden went before he became an MP

A further two cabinet ministers, Michael Gove, and Priti Patel were funded to visit Washington DC to attend conferences put on by the American Israel Public Affairs Committee (AIPAC), the premier Israel lobby group in the US. Patel was sacked in 2017 by former Conservative leader Theresa May for holding secret meetings with Israel.

Patel, appointed as the home secretary by Johnson, was given £2,500 ($3,530) by right-wing pro-Israel think tank the Henry Jackson Society (HJS) in 2013 to be a delegate at a “forum” organised by AIPAC. Details of trips to Israel by current members of the Cabinet were outlined at length by Declassified.

During a trip by James Cleverly, the minister of state for the Middle East and North Africa, said: “Israel is an amazing country, there’s no doubt about that.” Over the past few months, a number of groups including Human Rights Watch have branded Israel an apartheid state, guilty of crimes against humanity.

Cleverly backed Israel during the occupation state’s latest aggression on Gaza. “The UK unequivocally condemns the firing of rockets at Jerusalem and other locations within Israel,” adding: “We strongly condemn these acts of terrorism by Hamas and other terrorist groups who must permanently end their incitement and rocket fire against Israel. There is no justification for the targeting of civilians.” Cleverly also told parliament that the UK opposes an International Criminal Court enquiry into Israeli war crimes.

Declassified’s latest report once again highlights what has been denounced by Former Foreign Office Minister Sir Alan Duncan as “the most disgusting interference” in British politics by the pro-Israel lobby.