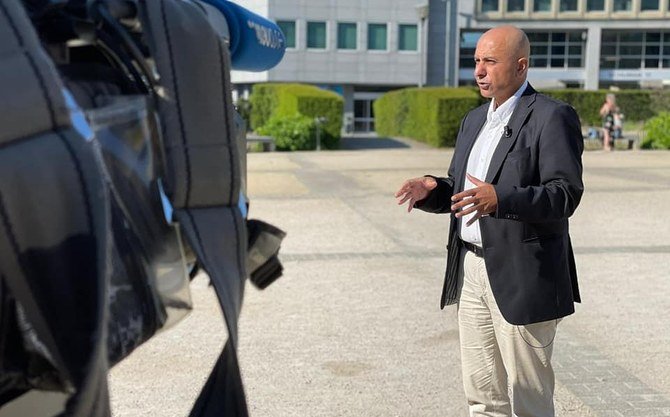 Muslim members of the Conservative party were deliberately excluded from an inquiry into Islamophobia within its ranks, a former Tory MEP has claimed, as he called the complaints procedure “not fit for purpose” and urged Boris Johnson not to pursue an “English nationalist agenda”.

Sajjad Karim, who represented north-west England in the European parliament for 15 years until 2019, said the long-awaited report that came out last week and found no evidence of “institutional Islamophobia” was a “whitewash”, and said apologies from the prime minister for any offence he had caused were “insincere”.

Speaking to the Guardian’s Politics Weekly podcast, Karim voiced concerns that Conservative central headquarters (CCHQ) would use “sleight of hand” to escape implementing the recommendations made by the inquiry’s Prof Swaran Singh.

Johnson’s apology “for any offence taken” when he compared women wearing burqas to letterboxes in 2018 and subsequent admission he would not use the same language as prime minister were described as “mealy mouthed” and “nothing but insulting” by Karim.

He said party members including him had “no confidence left that the party internally is willing to actually deal with this issue”.

“We cannot just rely on internal processes to deliver a result,” Karim said. “That’s why I certainly take the view that it’s time for some sort of external light to be shone upon the internal workings of the Conservative party when it comes to these issues.”

Karim revealed he told party officials of a “particular complaint” before the inquiry began and was assured he would be contacted once it was under way, but he heard “absolutely nothing”.

He only found it had closed from media reports, and said he was told by CCHQ “we’re very sorry, it’s too late for you to contribute to the inquiry – it was open to the public but now it’s closed”.

Karim said this was proof of a “very shabby attempt” to “skewer the findings” of the inquiry by trying to “make sure” only certain people gave evidence so that it progressed “in a certain direction”. “I’m not the only one that finds himself in this position,” he said. “There are many others who simply were excluded from the process. And I think quite intentionally.”

The whole process of having an inquiry – which Johnson was bounced into committing to by the then chancellor, Sajid Javid, during a 2019 Tory leadership TV debate – was deemed by the prime minister as an “irritant”, Karim said.

He said Tory activists had relayed to him “a number of accounts” of Islamophobia, and that he had experienced it himself “both at a local level and at a parliamentary level” – meaning the problem “permeates right the way through” the party.

“You have findings, which they say they are going to implement, but obviously only time will tell,” Karim said. He said he had tried often to raise issues of Islamophobia in the past but “people like me … simply get portrayed as individuals who really are just troublemakers and nothing more than that”.

Soon after the report was published, Johnson hosted the Hungarian prime minister, Viktor Orbán – who has previously described Muslims as “invaders” – in Downing Street. Karim said it “sends, at the very least, all the wrong signals”, and added that he saw in England “a lot of similarities” to what is happening in Hungary.

“The way that our politics in the UK seems to be developing – certainly within England – this whole idea of culture wars and trying to battle a woke agenda is something that’s coming to the fore.”

A gulf is emerging between other nations in the UK and England due to a “very dangerous state of affairs”, Karim said, warning that the “English nationalist agenda” being pushed in Westminster was “putting the unity of the UK on the line”.

“We need a true leadership programme, based upon our traditional values that have been built over centuries,” Karim said, stressing the importance of the country remaining an “open, liberal, tolerant rules-based society.”

“The investigation identified a number of failings, including with our complaints process, which we have accepted.

“The Conservative party’s co-chairman has accepted and agreed to implement all 28 of Professor Swaran Singh’s recommendations.”