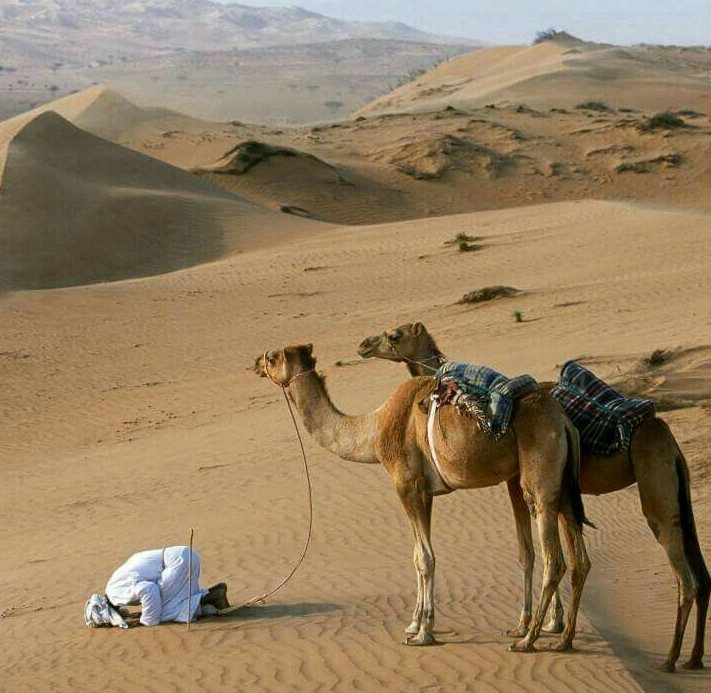 ‘In the Western milieu, converts to Islam claim that they are attracted to what they regard as its clear, rationally-accessible teachings, unobscured by elaborate mysteries. It is not only insiders who wish to take this view. Non-Muslim academic accounts … now frequently draw attention to the central role of reason in Islamic theology.’ 1

He quotes Leaman in his The Qur’an: An Encyclopedia, saying:

‘The Qur’an does indeed display an unusual commitment to argument and logic in its self-explanation.’ 2

Earlier in the same volume, Leaman says that whereas Judaism is strongly linked with ethnicity, and Christianity with a leap of faith, Islam, in stark contrast, has successfully grown by stressing its rationality and evidentiality.3

With that being said, let us now consider a few examples of how the Qur’an employs a universal rationalist discourse – especially as it relates to its theology and its invitation to monotheism:

1. One of its rational arguments confronts atheism. Here the Qur’an interrogates the belief of atheists by asking: Were they created out of nothing or were they the creators? Or did they create the heavens and the earth? No, they have no certainty [52:35-6] So either we created ourselves, which is inconceivable. Or we were created out of nothing: another impossibility. Logic just leaves us a third possibility: we were created by a creator. This simple argument does not only posit a creator, but given the remarkable diversity and complexity of life and the universe, this creator must possess will, power, wisdom and intent. That is, creation must have a wise, intelligent and purposeful Designer.

One detects the sheer eloquence and potency of the original Arabic (undoubtedly, lost in translation) in the conversion story of Jubayr b. Mut‘im. He says that he once heard the Prophet, upon whom be peace, recite the chapter containing this verse during the sunset prayer. When he reached the actual verse, Jubayr said, kada qalbi an yatir – ‘I felt as if my heart would fly out [of my chest].’ He then went on to embrace Islam.4

2. Another logical argument the Qur’an uses is: Have you not heard of he [Nimrod] who argued with Abraham about his Lord, because God had given him the kingdom? Abraham said: ‘My Lord is He who gives life and death.’ He replied: ‘I give life [by sparing people] and death [by executing them]!’ So Abraham replied: ‘God causes the sun to rise from the east, so cause it to come from the west!’ Thus was the disbeliever confounded. [2:258]

Nimrod initially feels smug in his response to Abraham that he too has power over the life and death of his subjects. Hence, having seen the way Nimrod is prepared to twist the issue, Abraham takes the argument to another level by challenging him to alter the movement of the sun as it courses through the sky. Nimrod is silenced; stupefied; his pretences shattered, and he is made to realise that divinity can’t be claimed merely by having sovereign power over a people in some tiny corner of God’s earth.

3. In addressing the Christian claim of Jesus’ divinity, the Qur’an says: The Messiah son of Mary was no more than a Messenger, before whom other Messengers had passed away. His mother was a saintly woman. They both ate food. See how We make the signs clear for them; then see how they are deluded from the truth. [5:75]

The ordinary human life which Christ lived has troubled those who wish to make him into a deity, in spite of evidences to the contrary in the Gospels. The Qur’an’s logic is clear. Food is eaten to satisfy an unquestionable physical need. Whoever needs to eat earthly food cannot, therefore, be a true deity possessing absolute perfection and thus be worthy of worship. The saintly Mary and her son, Jesus, both ate; thus they cannot be divine.

In fact, based on the likes of this verse, many theologians went on to rationally define a true deity, or ilah, as: ‘One who is independant of all needs beyond Himself, while all else is totally in need of Him (mustaghni ‘an kulli ma siwahu wa muftaqir ilayhi kulli ma ‘adahu). Now, this is less a definition of ilah  – which has been unanimously defined as al-ma’bud, or “that which is worshipped” – as it is the least common denominator that would rationally qualify something to be worthy of being the true deity.5

As for condemning the attitude which deifies Jesus – see how they are deluded from the truth – can this be a justification for Muslims to not respect the beliefs of others? Well, that all depends upon how we define respect. Respect can mean to admire, honour or approve of a thing. It may also be used in the sense of being polite, civil, courteous and considerate. If a belief is blasphemous or idolatrous (which for both Jews and Muslims Jesus’s alleged divinity is), it is inconceivable that believers could respect it in the sense of honouring, admiring or approving it. If, on the other hand, respect refers to a call to tolerate other peoples’ beliefs with civility, courtesy and dignified engagement, whilst remembering faith must be freely chosen, for There is no compulsion in religion [2:256], then this must surely be the mandate.

We may not respect a particular belief, but we must be respectful of those who hold it. Call to the way of your Lord, asks the Qur’an, with wisdom and beautiful exhortation, and reason with them in the most courteous manner. [16:125] And speak kindly to people [2:83] is another Quranic prescription.

4. The Qur’an utilises the “logic of Lordship” to expose to the pagan Arabs or mushriks, the folly of idolatry – of worshipping gods alongside the One true God. It says:

If you were to ask them: ‘Who is it that created the heavens and earth and subjected the sun and the moon?’ they will say: ‘God!’ Why then are they lying. [29:61]

Thus, having affirmed the role of God as sole Lord, Creator and Sustainer, the Qur’an demands that the pagan Arabs take the logic of this Lordship to its logical conclusion: that nothing else must be worshipped besides God. Ibn Kathir wrote:

‘The pagans who worshipped others along with Him affirmed that God is the sole, autonomous creator of the heavens and earth, sun and moon, alternating night and day; and that He alone is the Creator and Provider of His servants, meting out for them their livelihoods and life spans … Despite this being so, why worship others, or depend on others? For just as dominion and sovereignty is exclusively His, then likewise, He alone deserves to be worshipped.’6

Hasn’t man seen that We created him from a drop of sperm, then he becomes an open opponent? And he makes comparisons for Us, and forgets his own creation, saying: ‘Who can revive dry bones after they have rotted away?’ Say: ‘He who created them the first time will again give them life!’  [36:77-79]

The Qur’an is eager to demonstrate the plausibility of the resurrection to many of the Arab idolators who rejected the notion, by simply reminding them of “the first creation” of man. The fact that every individual has been brought into existence once before by the Creative Will of God, should be proof in itself that the same Creative Will is capable of doing so a second time:

Do they not consider how God begins creation, then repeats it? That is easy for God! [29:19]

The Qur’an also alludes to how the phenomenon of resurrection is actually prefigured in this world. “Mini-resurrections” take place all the time in the natural world: flowers and foliage die partial deaths in winter, only to be brought to life again in spring.

The Qur’an also gives the simile of a desert whose scorched dead earth springs to lush green life with each merciful drop of rain:

He it is who sends the winds as glad-tidings to herald His mercy, till, when they bear a cloud heavy with rain, We drive them to a dead land and then cause the rain to descend, thereby bringing forth fruits of every kind. Thus shall We raise up the dead. Perhaps you will remember. [7:57]

The above are some instances of how the Qur’an uses a rational discourse to vindicate its key theological truths, without having to revert to a circular argument (i.e. it is true because the Qur’an says so). So whilst the Qur’an does insist upon it being the revealed truth and the Word of God, and that it should be accepted as such, it permits a defence to be made of itself and its core metaphysical claims based on rational arguments and sound reasoning. As for how the Qur’an vindicates itself, that shall be the concern of a future posting; God-willing.