“It is just a swimsuit for heaven’s sake” 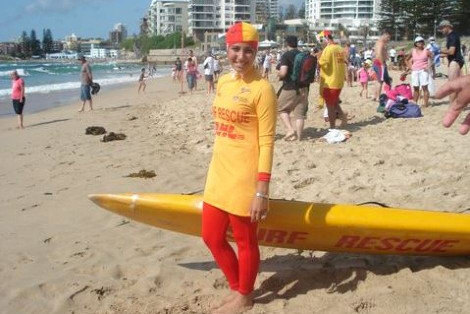 The burkini is seen as a symbol of integration, says its designer. Here lifesaver Mecca Laa Laa wears a burkini on her first patrol at North Cronulla Beach, Sidney, Australia, in 2007

Over the past eight years, Aheda Zanetti has sold 700,000 swimsuits to clients all over the world. Her designs, costing from $80 to $200, are sought out from Norway to Israel and are each made in Villawood, western Sydney.

Zanetti is the Australian inventor of the burkini and the swimsuits she sells under the label Ahiida are full body, hooded and inspired by Islamic modesty. 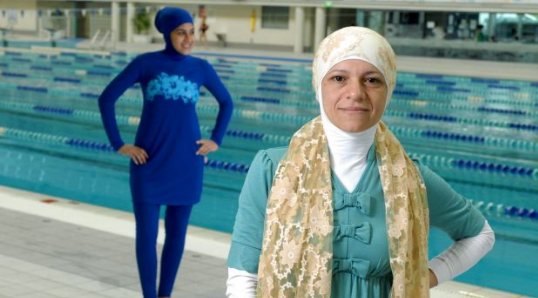 But what is particularly interesting about Ahiida, which now finds itself in the crosshairs of controversial French rules banning the garment on the basis of secularism laws, is that 45 per cent of its clients, Zanetti estimates, are non-Muslims.

“This is about choice,” says Zanetti, who hails from Lebanon and moved to Bankstown when she was two.

“The burkini stands for freedom, flexibility and confidence, it does not stand for misery, torture and terror.”

She says she receives messages from shoppers of all religions and backgrounds. One, from a non-Muslim in Warwick, Queensland on Friday morning said

“It is just a swimsuit for heaven’s sake.”

Another, from a client in the US:

“I am a non-Muslim southern Californian woman. I am a skin cancer survivor, which means I can’t get out in the sun [in a regular swimsuit].”

“We get so many emails from people asking ‘Would the Islamic community be offended if I purchase a burkini swimsuit?'”

And news of recent bans in France has only increased sales, she says, forcing Ahiida to change courier companies to enable faster delivery to Europe.

“Every time anyone says something bad about the burkini, I get enquires and sales out of it.” 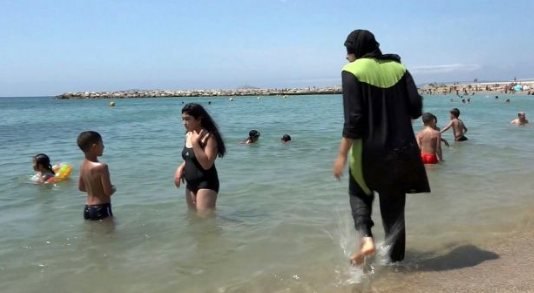 Nissrine Samali, 20, gets into the sea fully clothed in Marseille, southern France. The Cote d’Azur city of Cannes has banned burkinis. Photo: AP

She believes French authorities in Cannes, Corsica and Le Touquet have made hasty decisions when it comes to banning swimwear that she says has given so many women access to sports and experiences they would have otherwise avoided because of health, body or religious concerns. She says of the new rules made by French mayors :

“It’s nonsense and it’s silly. They have not thought hard enough, they are using a piece of fabric as a political item. Little do they know a lot of non-Muslims are wearing it.”

And within the Muslim community, the garment, like the veil, is a symbol of female choice and empowerment, Zanetti adds.

“It’s not a crime to choose what to wear, we’re not restricted, we’re not forced upon. We have more power than people think we do. We choose to be modest. I know women who have divorced their husbands because they didn’t allow them to wear the veil.”

Not that wariness of the suit is anything new, even from within the Muslim community. When she first launched, older muslim women were hesitant about buying or stocking the garment, she says. In 2007, when Ahiida was asked to design burkinis for the surf lifesavers, it was a powerful sign of inclusion, she recalls.

“The Muslims themselves were so happy that the Western world accepted it. They felt it was a part of integration.”

To change the image of a typical beachgoing woman took courage, she believes, and it is a hard-won matter of choice that she and her broad base of clients is not going to give up lightly.

“We do as we please and we’ll work around it. We’ll find another beach. Maybe [French burkini wearers] should come to Australia. You can wear what you please here.

The French authorities are looking silly around the world.”