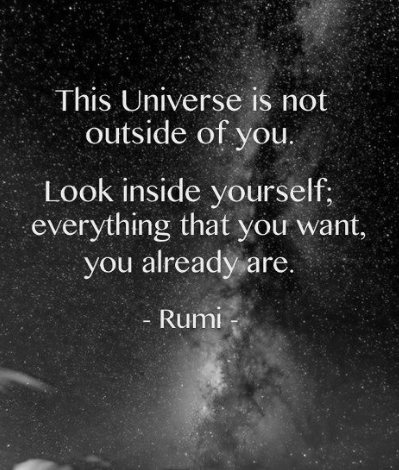 Rumi was a 13th-century Persian poet, jurist, Islamic scholar, theologian, and Sufi mystic. His poems have been widely translated into many of the world’s languages, and he has been described as the most popular poet and the best-selling poet in the United States.

His poetry has influenced Persian literature, but also Turkish, Ottoman Turkish, Azerbaijani, Punjabi, Hindi, and Urdu, as well as the literature of some other Turkic, Iranian, and Indo-Aryan languages including Chagatai, Pashto, and Bengali. 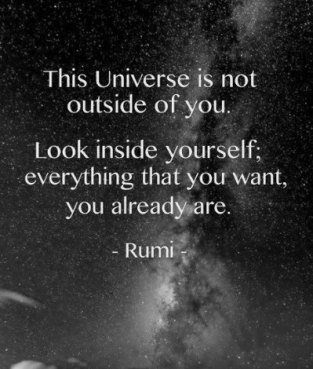 Due to quarrels between different dynasties in Khorāṣān, opposition to the Khwarizmid Shahs who were considered devious by his father, Bahā ud-Dīn Wālad or fear of the impending Mongol cataclysm, his father decided to migrate westwards, eventually settling in the Anatolian city Konya, where he lived most of his life, composed one of the crowning glories of Persian literature, and profoundly affected the culture of the area.

When his father died, Rumi, aged 25, inherited his position as the head of an Islamic school. One of Baha’ ud-Din’s students, Sayyed Burhan ud-Din Muhaqqiq Termazi, continued to train Rumi in the Shariah as well as the Tariqa, especially that of Rumi’s father. For nine years, Rumi practised Sufism as a disciple of Burhan ud-Din until the latter died in 1240 or 1241. Rumi’s public life then began: he became an Islamic Jurist, issuing fatwas and giving sermons in the mosques of Konya. He also served as a Molvi (Islamic teacher) and taught his adherents in the madrassa. During this period, Rumi also travelled to Damascus and is said to have spent four years there.

It was his meeting with the dervish Shams-e Tabrizi on 15 November 1244 that completely changed his life. From an accomplished teacher and jurist, Rumi was transformed into an ascetic.

On the night of 5 December 1248, as Rumi and Shams were talking, Shams was called to the back door. He went out, never to be seen again. Rumi’s love for, and his bereavement at the death of, Shams found their expression in an outpouring of lyric poems, Divan-e Shams-e Tabrizi. He himself went out searching for Shams and journeyed again to Damascus.

Rumi found another companion in Salaḥ ud-Din-e Zarkub, a goldsmith. After Salah ud-Din’s death, Rumi’s scribe and favourite student, Hussam-e Chalabi, assumed the role of Rumi’s companion. Hussam implored Rumi to write more. Rumi spent the next 12 years of his life in Anatolia dictating the six volumes of this masterwork, the Masnavi, to Hussam.

In December 1273, Rumi fell ill and died on the 17th of December in Konya.