Muslim women and their clothes, their relationships with men and their place in British society are written and talked about and discussed and debated to death – but rarely are Muslim women included in those discussions themselves. In an attempt to correct this, Huma Qureshi asks five women to share their experiences. 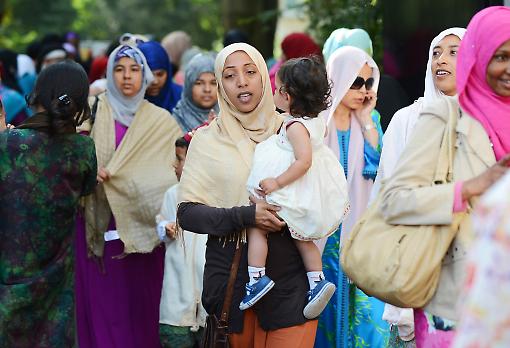 What does it feel like to have your hijab yanked off your head by a man shouting abuse at you? Or to be chased down the street, shouted, sworn or spat at because what you are wearing identifies your beliefs?

These are examples of what are described as anti-Muslim incidents specifically against women. Tell Mama, the government-backed organisation which records anti-Muslim behaviour, has said Islamophobic attacks against women have increased in the aftermath of the brutal killing of Drummer Lee Rigby in Woolwich in May. It says approximately 70 per cent of the calls it received since then have come from women. Of reported street attacks, 75 per cent have been against Muslim women wearing Islamic dress.

For Andrew Gilligan, who has criticised Tell Mama’s statistics in theTelegraph and accused it of exaggerating Islamophobia, incidents such as “hijab yanking” are “at the lower level of seriousness” because they do not result in physical injury. Nothing has been as critical as the latest incident in France, where a pregnant Muslim woman miscarried last week after two men attacked her, but to entirely dismiss what some women have been reporting in the UK is still deeply undermining to those who have found themselves at the receiving end of unprovoked assault, physical or verbal, simply because of their faith.

Muslim women and their clothes, their relationships with men and their place in British society are written and talked about and discussed and debated to death – but rarely are Muslim women included in those discussions themselves. That’s why I contacted five Muslim women who have experienced varying degrees of anti-Muslim incidents to find out how it has affected them.

Some have been terrified. Others say things are not bad. Some wear the hijab, some don’t. Most asked to be anonymous because they don’t want their family or jobs to be affected by what they say. All are horrified by Drummer Lee Rigby’s murder. None claim their experiences are representative of Muslim women as a whole – if anything, they are tired of being seen as a homogenous group.

Finally, all agree the media doesn’t help. “No one ever lets us speak for ourselves,” one woman told me. Some feel silenced and ignored by the press, not just because of their religion, but because of their gender too. By sharing their views, they hope they will be heard and not disregarded as statistics that some consider to be utterly meaningless. Here are their experiences.

Ayesha, a 32-year-old who works as an IT analyst in London, was verbally abused and followed on a work trip in Manchester, two days after the Woolwich murder.

“I was going back to my hotel after work meetings. There was a pub down the road from my hotel and as I walked past I heard a group of white men shouting things like ‘Oi, Paki’ and ‘Oi, bin Laden.’ I quickened my pace because I didn’t want anything to kick off. I heard footsteps catching up with me. Then I felt my headscarf pulled back and something tugging on my abaya. At that point, I just ran to my hotel, told the receptionist what had happened and asked him to make sure the men didn’t come in. Then I noticed a slit in my abaya – it had been cut. That’s when I got really scared, because I realised the man who followed me had something sharp in his hands. I couldn’t stop wondering, ‘What if?’ I was shaking. I felt incredibly vulnerable. I just locked myself in my hotel room. Now, I worry about my mum going out on her own, and there have been days I’ve been scared to take the tube.

“Ten years ago, I was set upon by eight youths near my university campus. They called me a terrorist and beat me up. My mistake was to fight back; then they urinated on me. They left laughing. I couldn’t stop crying. The university reported it to the police, but they didn’t find them.

“As a visible Muslim woman, I know I’m an easy target. But it’s cowardly to pick on a woman just because of what she is wearing. It’s not just Islamophobia – this is sexism, too. These men saw me as a weak target, and tried to assert their masculinity over me. I wish people could understand you can’t blanket an entire faith just because of a few  individuals who had nothing to do with us.”

Leila is a 28-year-old who lives in Oxford. She worked as an accountant before becoming a full time mum to two young children.

“I was walking home with my two kids in their pushchair through the park when a white man on his bike came towards me, looked at me, stopped and spat first at me and then at my children. I felt angry, embarrassed, anxious and scared. But more than anything, I felt shock. What upset me more was that he didn’t just spit at me, but my children too. I knew I had to get home, and as soon as I got in, I phoned my husband. Then I called Tell Mama. I didn’t call the police because, well, what would they do?

“This happened the day after the soldier was killed in Woolwich. Since then, I’ve been nervous to go out. I feel people looking at me though I don’t know if I’m being paranoid. This isn’t the first time something like this has happened. I’ve been chased off a bus by three women who threatened to beat me up because of my hijab. Everyday I heard comments against me on the bus. I was terrified by what they said they’d do and was too scared to go out on my own. Eventually we moved house because of the threats.

“I take my children to a playgroup in a church every week, and I’ve never even taken them to a mosque. It’s upsetting that just because I wear a headscarf, they might get treated differently. I blame the media. It portrays a distorted image of Islam and makes out all of us are bad. I hope things change for my kids.”

Sophia is 34 and lives in Bradford with her family. Four severed pigs heads were left outside her home.

“A fortnight ago, my dad found a pig’s head by our front door. He called the police to report it. I went into the garden to see if there was anything else, and there was another pig’s head. I smelt it before I saw it. It was foul. The police told us to ‘preserve’ them so we kept them under bags overnight until they could come round. They asked if there had been anything else, and I suddenly remembered two bags in the bushes while I’d been gardening two weeks before. At the time, they were too heavy for me to lift and I never got round to it. So we went into the garden and found two more pigs heads in the bags, badly decomposed. They had been there a month – since just after the Woolwich attack. They smelt foul.

“I’ve never suffered any discrimination. We’re not the most devout Muslims, we don’t really go to the mosque and I don’t wear a headscarf. You wouldn’t be able to tell we’re Muslim. I see this as racism not Islamophobia, because no matter how Western we are, or how integrated into society we are, some people don’t see us as British or English. I think this was someone jumping on an EDL bandwagon. They tried to scare us, but it didn’t work. It hasn’t stopped me or my mum from doing anything. I’m not offended by a pig, though I am offended by the foul smell.

“However, I reported it to Tell Mama, because although the police were sympathetic, they told us it was an isolated hate incident and nothing like that had happened in our area before. But I later told my neighbour who is also Muslim. He had found a pig’s head on his property a month ago too, and reported it to the police then. So it just shows they didn’t listen.”

Mehnaz is originally from the UAE and was living in America until three years ago, when she came to England with her husband and three children to study for her PhD.

“I was dropping my eldest daughter off at school and was reversing the car when another car blocked us in. At first, I thought I was in the way, so I was ready to apologise but then I saw the two young men in the car were screaming and shouting, pointing at me and gesturing at my headscarf in a very aggressive and threatening way. I was just holding my breath all the time. I felt so worried, and all I kept thinking was ‘Please don’t get out of your car.’” I managed to turn the car around and moved, but I was really scared of what they might do. I didn’t want my children to see. It really unsettled me.

“I’m wondering whether this sort of behaviour will be a long-term thing or whether it will go away. My husband and I lived in the States, and even after 9/11, I never felt threatened. The media coverage of Muslims in Britain makes it worse – after the Woolwich murder, the media was so intensely focused on Muslims that I can see why it made people so angry, even though it had nothing to do with us. But we are not all bad, we are well-educated people who pay our taxes and contribute to the economy. Right now, we need an environment that fosters peace rather than hatred and I don’t think the media is helping.”

Ola is a 21-year-old psychology student who was born and brought up in Cardiff. Her parents are from Palestine.

“Because I wear hijab, I always feel slightly more vulnerable. It’s always at the back of my mind that something might happen because of it – but it definitely doesn’t keep me up at night or stop me from living my life.

“In the past, I’ve been followed home and spat at in my car. I often get people calling out ‘Paki go home’ when I’m out jogging. One time I came out my house, and people drove past shouting ‘BNP’. At school I used to get my hijab yanked. I’m not bothered what this is called – whether it’s racism or Islamophobia – as long as it’s tackled.

“But I also know that’s it’s just a minority of people who do this. Muslim people don’t like being generalised, and I think it’s important we don’t generalise non-Muslims too. I have plenty of non-Muslim friends and they completely disagree with this kind of behaviour. On the times when I’ve had to involve the police, like when I’ve been followed or harassed, they were very understanding.

“Since the Woolwich attack, I have felt more concerned but mostly I see people sticking together a lot more. My friends and I, whether non-Muslim or Muslim, text each other to remind each other when there’s an EDL demo going on so we can be safe and stay away.

“The way I see it is I just have to show the best side of Islam that I can. My cousins in Gaza worry everyday about staying alive or being bombed by Israel. All I have to deal with is a few slurs. That puts it in perspective.”

Some names have been changed