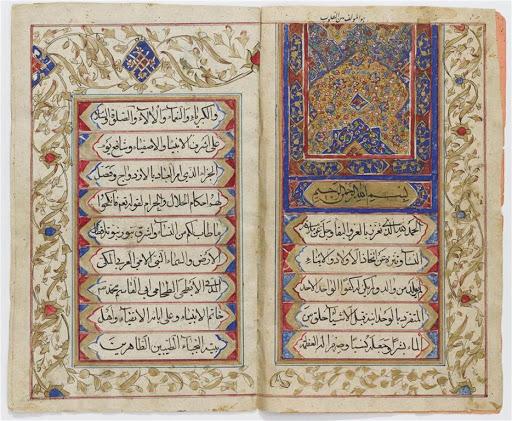 Muslim marriage is a contract, not a sacrament. Though it has importance as the only religiously sanctioned way for individuals to have legitimate sexual relationships and to procreate (now that slave-concubinage is no longer practiced), marriage is a civil agreement, entered into by two individuals or those acting on their behalf. (Read more about consent and forced marriage.) And because it is a contract (‘aqd), it conveys legal rights and obligations to each spouse. This brief essay will discuss those rights along with the crucial issues of how and whether they can be modified through contractual stipulations (shurut, sing. shart). The focus here is on “Islamic law” in the sense of jurisprudence (fiqh), and not, it should be stressed, on what Islamic marriage ideally should be according to the Qur’an or prophetic tradition.

Islamic jurisprudence, as elaborated by various schools of legal thought, considers the main purpose of the marriage contract to make intercourse lawful (halal) between a husband and wife and to legitimize any resulting offspring. The marriage contract also establishes further rights and duties for each spouse. Aside from the basic requirement of “mutual good treatment,” which is not legally defined, these rights and duties are differentiated by gender. They are also interdependent: a failure by one spouse to perform a specific duty may jeopardize his or her claim to a particular right.

The husband’s first duty is to pay an agreed-upon dower (mahr or sadaq) to his wife; this property, which can range from a token sum to a substantial amount of wealth, is legally hers and she may save, spend, or invest it however she chooses. In exchange for the payment of dower, the husband receives what is referred to as milk al-nikah, milk al-‘aqd, or milk al-bud‘, “ownership (or control) of marriage (or intercourse) / the marriage contract / [the wife’s] vulva”; this milk is a prerequisite for lawful intercourse. Because he possesses this control, he and he alone can unilaterally end the marriage at any time by a pronouncement of repudiation (talaq). If the wife wishes to end the marriage, she must either pay him to gain his agreement (in divorce for compensation, khul‘) or, if she has grounds (which vary according to the different schools of legal thought), she may seek judicial divorce.

In addition to dower, the wife has a right to lodging, clothing, and support, as well as, in most cases, support for at least one servant to perform domestic chores and wait on her, as was common in pre-modern societies. If she has co-wives, she also has the right to an equal share of her husband’s time. In exchange for his support of his wife, jurists hold that a husband has the right to restrict her movements and to expect that she be always available for sexual intimacy. A wife who refuses his advances or leaves the marital home without permission, or with permission but on her own behalf, loses her right to support as well as any claim to a portion of her husband’s time.

The jurists disagree over whether the rights established by the marriage contract can be modified by the inclusion of stipulations. Most often, such stipulations are aimed at securing certain rights or privileges for the wife. The most commonly debated provisions specify that the husband will not take any additional wives or will not relocate his wife from her hometown. Among the four Sunni legal schools, the Hanbalis grant the most recognition to these stipulations, holding that if the husband violates either stipulation, the wife has the right to dissolve her marriage. (It does not mean that any additional marriage he concludes will be void, only that she can opt to leave him if he marries again; likewise, she cannot bind him to remain with her in her town, but can obtain a divorce if he insists on relocating her.) Jurists from three other legal schools (Maliki, Hanafi, and Shafi‘i), by contrast, consider both clauses to be utterly void and without effect. A woman can include these stipulations in her marriage contract but, at least according to the predominant view of jurists from these three schools, she cannot enforce them in any way. However, if her husband had delegated to her a right to divorce if the stipulation was breached or had pronounced a suspended divorce that would take effect automatically if he violated the stipulation, then the binding power of the husband’s divorce oaths serves as guarantor of the stipulation. (Read more about divorce.)

The inclusion of stipulations in marriage contracts is discussed by many Muslims today as the best way to protect women’s rights within marriage. In majority-Muslim societies, current legal codes determine how stipulations will be enforced. For Muslim minorities living in secular societies where Muslims are not subject to a particular interpretation of Islamic law by government decree, the legal strategy of including conditions in a marriage contract can be a useful way of making clear the spouses’ expectations for the marriage and their roles within it. In general, such contracts will be only morally binding and, unless very carefully drafted, not legally enforceable under civil law, though there are organizations, such as Karamah, working on model marriage contracts that will be enforceable in the United States.

There is disagreement among Muslims about the degree to which such modified contracts address the legal disadvantages Muslim women face during marriage and in case of divorce. When husbands and wives agree that they wish to enforce traditional rules, such as dower obligations, the marriage contract is a vital tool. But for those who object to the overall framework of differentiated rights and duties, or to particular male prerogatives, modifications to marriage contracts cannot successfully resolve the problem. For example, regardless of which stipulations are attached to the contract, the legal structure of marriage in Islamic jurisprudence presumes the husband’s continual sexual access to his wife and his right to end the marriage unilaterally at any time. To resolve these issues will require a fundamental rethinking of the legal concept of milk, ownership or control, and its place in Muslim marriage – in other words, the basic nature of the marriage contract itself.