One wonders how the followers of this brazen liar, known as Mirza Ghulam Aḥmad Qadiani, can attach any credibility on anything. He was nothing more than a lunatic agent of shaitan who’s only motive was the heretical attempt at proclaiming prophethood. 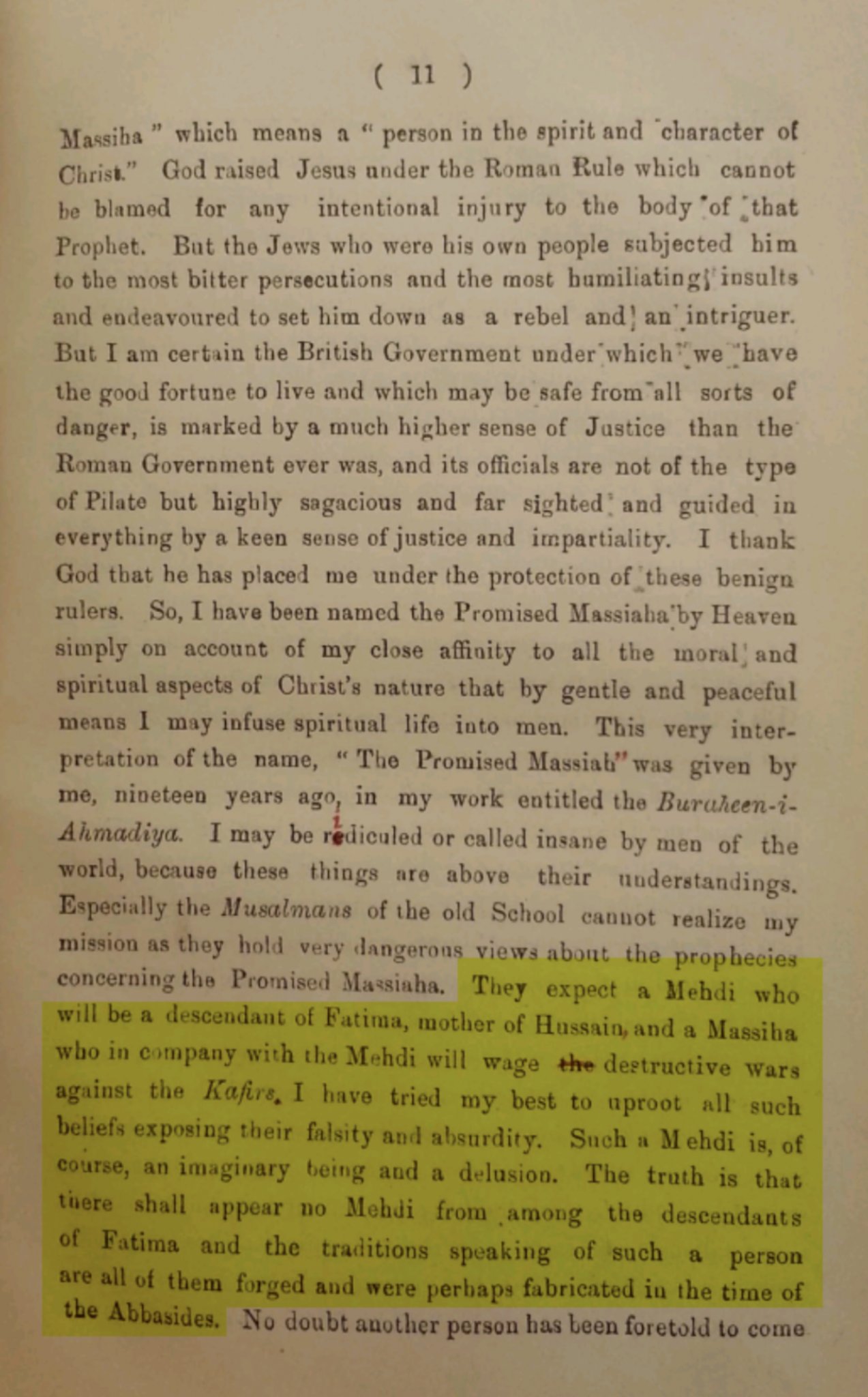 Here Mr Qadiani is saying, there shall be no Mahdi from the progeny of Fatima.

Now look at what he says in “Eik Ghalati Ka Izala” (A Misconception Removed), first published in Urdu, in 1901, is 3 years after the above statements made in “Kashful Gita” 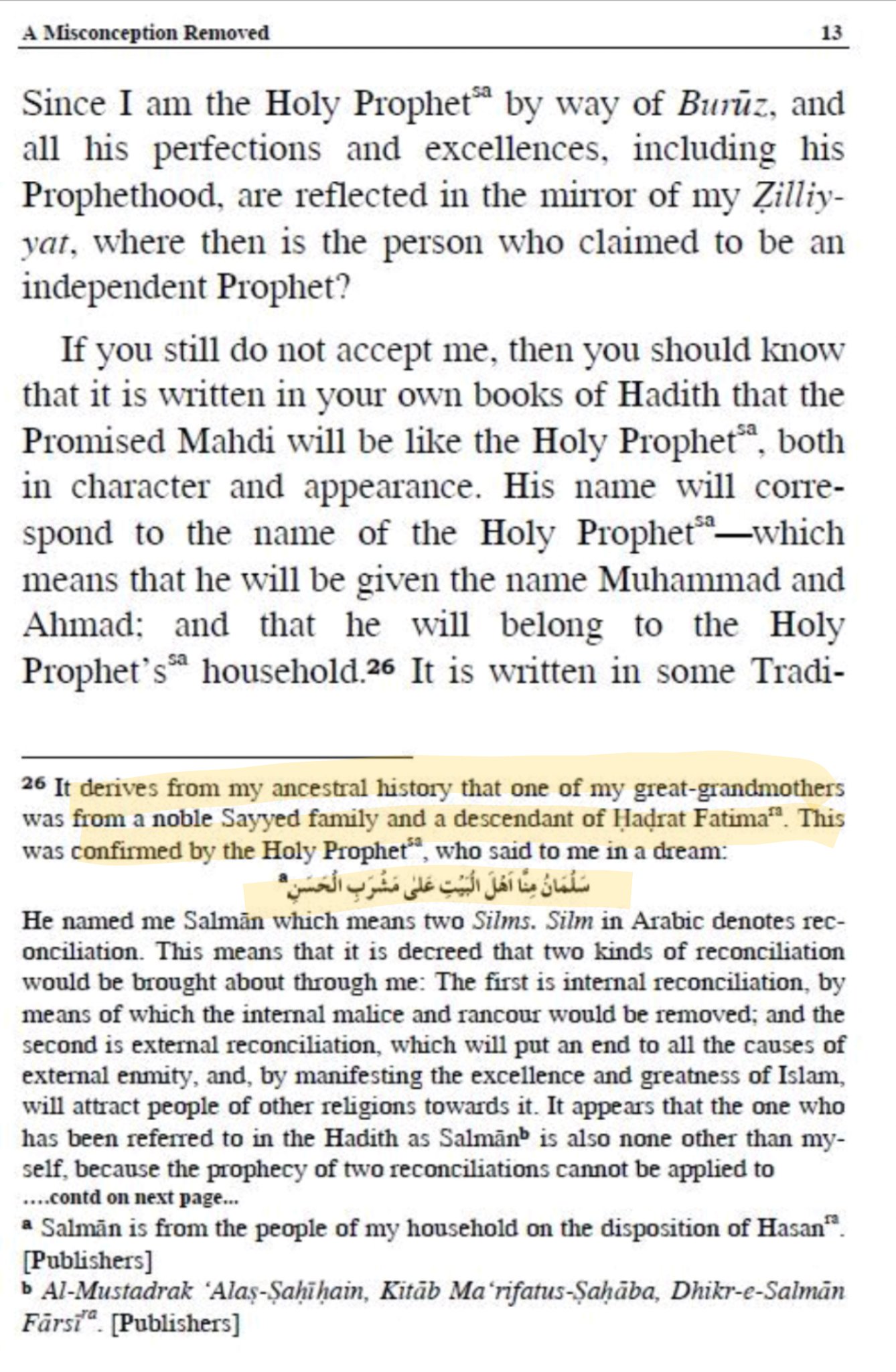 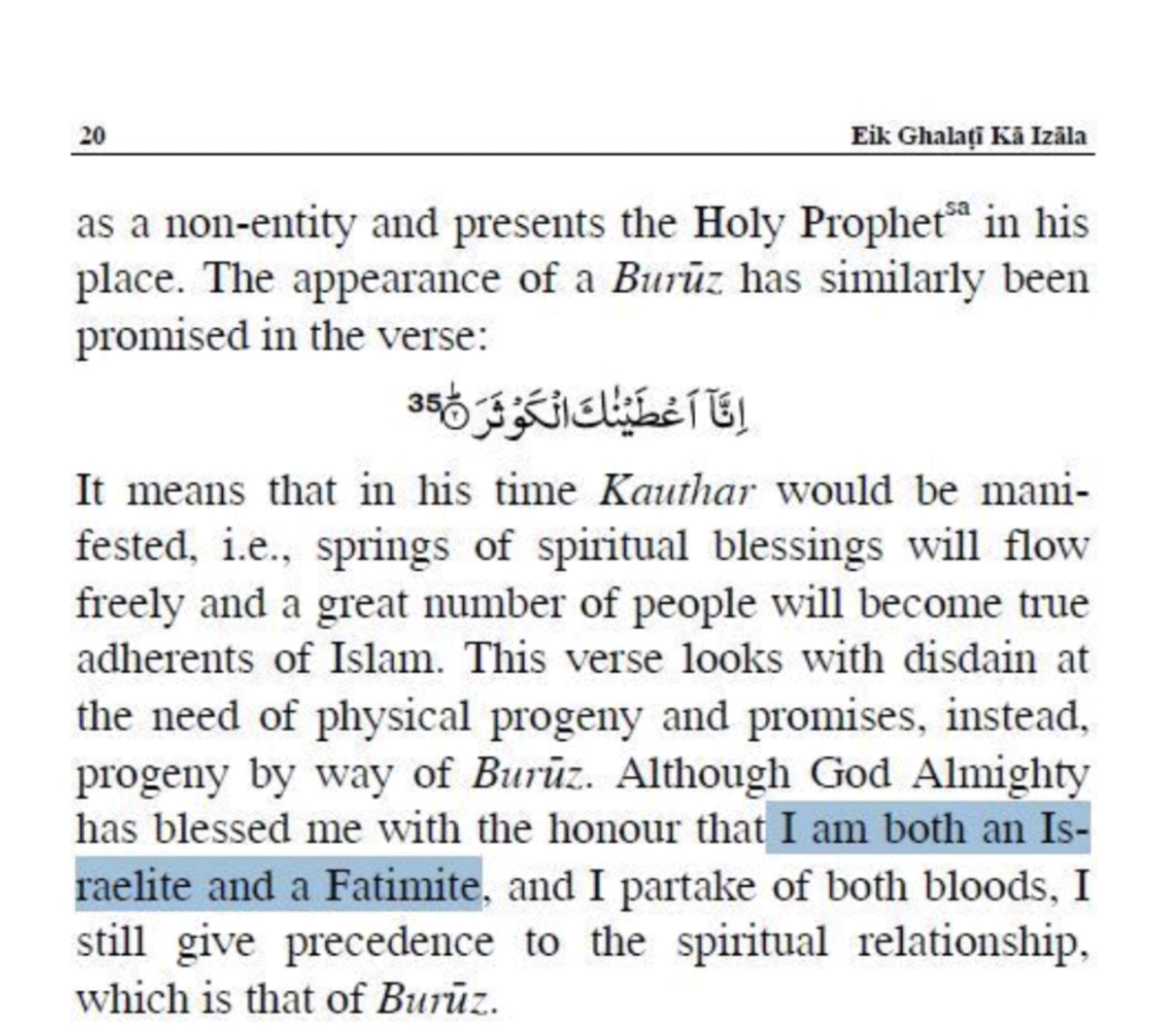 Not particularly satisfied at the utter lie of being a descendant of Fatimat-al-Zohra, he further adds his lineage comes from Bani Israel

(as well as being a Fatimite, Mughal Barlas and Farsi)

It is left to the reader to wonder who in their right mind would rely on matters of deen/faith to such a lying charlatan, even on simple deeni issues, leaving aside his desperation of wanting Muslims to accept his deluded claims of apostleship and such other hair-brained tomfoolery

Then whoever argues with you about it after [this] knowledge has come to you – say, “Come, let us call our sons and your sons, our women and your women, ourselves and yourselves, then supplicate earnestly [together] and invoke the curse of Allah upon those who lie.