You Are Here » Home » Miscellaneous » Topical and Current Affairs » Moderate alcohol use has been associated to a number of malignancies, including colon cancer. 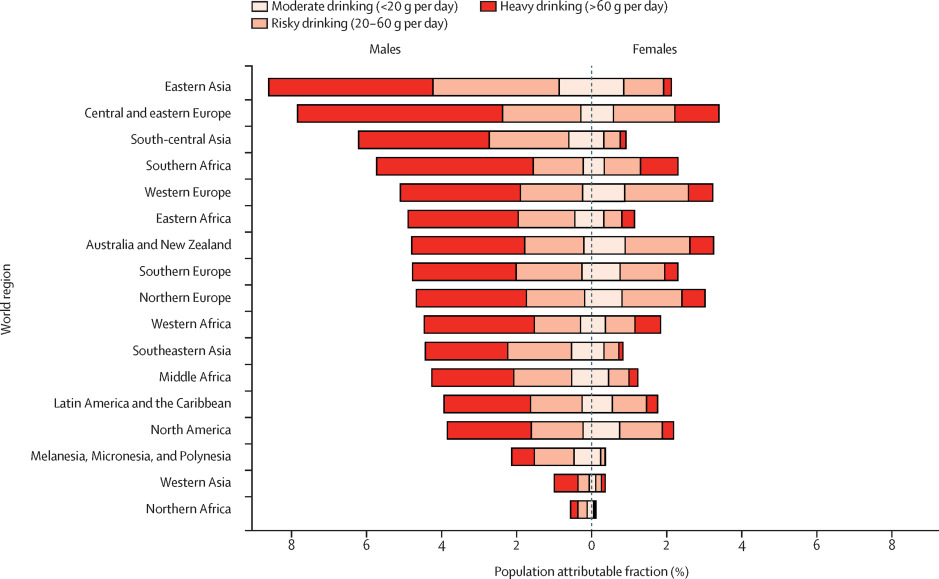 Moderate alcohol use has been associated to a number of malignancies, including colon cancer.

There is solid evidence that alcohol intake has caused a significant burden of cancer worldwide, with more than 600,000 cases related to alcohol consumption in 2020. Alcohol use, according to researchers, is connected to a greater number of tumors than previously assumed.

When alcohol breaks down into acetaldehyde in our bodies, it damages DNA and stops cells from rebuilding themselves, making them cancer-prone. Certain physical parts, such as the lips and throat, are particularly vulnerable to the effects of alcohol. However, experts have discovered that drinking is connected to a variety of cancers.

Imperial College led the study, which looked at data from 680 assessments of published papers to see if there was a link between alcohol and different cancers.

The study discovered a correlation between alcohol and cancers of the head, neck, mouth, pharynx, and larynx, oesophagus, and intestine, as well as the more well-known links with breast and liver cancer.

“This umbrella review validates the evidence for alcohol and coffee in relation to cancer,” said Giota Mitrou, director of research and innovation at the World Cancer Research Fund (WCRF).

According to studies, alcohol use is connected to 16,800 new cancer cases.

The authors have asked for more stringent public health regulations to assist individuals realize the link between alcohol consumption and cancer.

Coffee drinking was also connected to a lower risk of liver cancer and skin basal cell carcinoma, the most common type of skin cancer, according to the study.

Researchers believe this is due to coffee’s chemical compound’s antioxidant and anti-inflammatory properties, which protect against diseases induced by inflammation.

While the majority of alcohol-related cancer cases were linked to severe or “risky” drinking, the study indicated that even moderate alcohol use was predicted to have caused cancers.

Lower levels of drinking, according to Harriet Rumgay of the International Agency for Research on Cancer, raised the risk of cancer, with data showing that drinking up to 10g of alcohol per day contributed between 33,400 and 145,800 cases globally in 2020.

“The effect of alcohol on cancer,” she remarked.