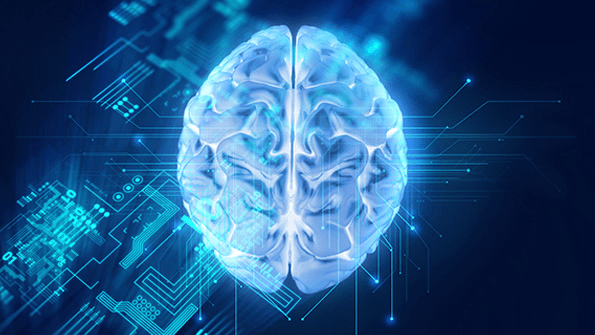 Artificial Intelligence is being developed in uber-secular western labs. What should devout Muslims make of it?

Conceived in the research labs of the Silicon Valley, artificial intelligence is deeply rooted in secular ideals of progress. Yet – as AI goes global – advocates of different ethical traditions are weighing in, often calling for greater regulation of the technology. In particular, Muslim AI researchers have reignited a long-standing debate about the relationship between modern liberalism and Islam. Should algorithms be allowed to play God?

On June 25 last year, Facebook announced the winners of its Ethics in AI Research Initiative Asia Pacific, a $25,000 (£19,000) grant to support the integration of diverse traditional knowledge from around the world into the study of artificial intelligence.

Among those selected are Dr Junaid Qadir and Amana Raquib, two Pakistani academics who have been studying how Islamic ethical and legal principles can be used to regulate AI in Muslim countries. “Islam professes ethical traditions going back more than 1,400 years” says Qadir, chair of electrical engineering at Lahore’s Information Technology University.

“There’s a lack of representation in AI for the two billion people who profess these beliefs. Our work will plug this gap.”
According to Qadir and Raquib, liberal regulation of technology has precipitated a moral crisis in the Islamic world, where they believe colonial values have supplanted native worldviews. “Much of the advancement that has taken place over the last century has been imposed on Muslims, not created with Muslims at the helm” argues Raquib, a professor of philosophy and ethics at Karachi’s Institute of Business Administration. “As a result, no one asks the crucial question of why we need these technologies in the first place.”

One question they seek to answer is whether using AI to prolong life is Islamically permissible. Healthcare is now the biggest driver of investment in AI, with medical AI startups raising over $4 billion(£3.08 billion) in funding in 2019. Researchers in longevity now argue that AI wearables can predict biomarkers of aging before traditional medicine – allowing for preventative action to stem the process.

Yet Raquib is sceptical. “In Islam, life prolongation is not something to value for its own sake. The number of years one lives has to be weighed against the moral-spiritual struggle one could undertake during those years” she comments. “During this pandemic, Muslims have even struggled with the question of ventilators. Some have a theological belief that there’s a certain time for death, and you cannot delay it.”

Driverless cars are probably out of the question too. When I ask Qadir how an Islamically minded automobile might react if forced to choose between running over a pedestrian or crashing and killing the driver – a popular thought experiment in AI circles – he says that is the wrong question to ask. He believes AI should be designed to be non-maleficent – it should, first of all, do no harm. This yardstick in Islam is called falah, or spiritual success according to Quranic injunction, which the professors say is sharply distinct from the west’s profit-driven approach. Any new technology should be judged on this basis – even if, Qadir argues, this entails delays in developing ideas, or even shelving them. “Is it really useful to have a device that presents you only harmful options to choose from?” he asks.

Not everyone agrees with this stance. Dr Muhammad Aurangzeb Ahmad, an associate professor at the University of Washington researching the applicability of AI in healthcare, thinks that implementing any algorithm implies trade-offs. “Both AI and a human doctor are working with finite resources: a hospital will have a budget, which sadly means not everyone’s life can be saved,” he says. “The only difference is that a doctor will work with localised, maybe imperfect information, and AI [works] across a huge data-set – ideally allowing for more optimal risk-assessment.”

Falah, for him, is less a test of which AI to permit, but a question of what outcomes it should deliver. “I’d agree a falah-optimising algorithm would maximise saving lives over profit, but that doesn’t mean resource constraints disappear. The real ethical question then becomes, who does it save?” says Ahmad. It is an issue close to his heart. “My own father passed away seven years ago when he refused to use a resuscitator. But I don’t believe it’s a pan-Islamic perspective.”

The same principle applies for driverless cars – balancing harms, Ahmad believes, is a process intrinsic to Islamic thought. Indeed, the Islamic jurist Al-Ghazali posed a predecessor to the trolley problem as early as the 11th century, when he asked his students whether one might be justified in throwing some passengers off a sinking ship, if it meant saving the life of the majority.

Trolley problems, Ahmad notes, might even understate the case for autonomous cars, because they fail to take into account the status quo – human drivers. “Say we have 100,000 road fatalities a year due to bad drivers – we might be able to halve that with AI vehicles. Perhaps not having driverless cars is deeply immoral.”

Right now, it would seem that the Islamic world concurs, at least if a vote by wallet counts: the popularity for ventilators, anti-aging products, and Uber only seems to be increasing across the Middle East. But Qadir and Raquib remain up to the challenge.

“This project initiates a dialogue” says Raquib. “We are already in the middle of the ocean, but we need to rebuild the ship.”