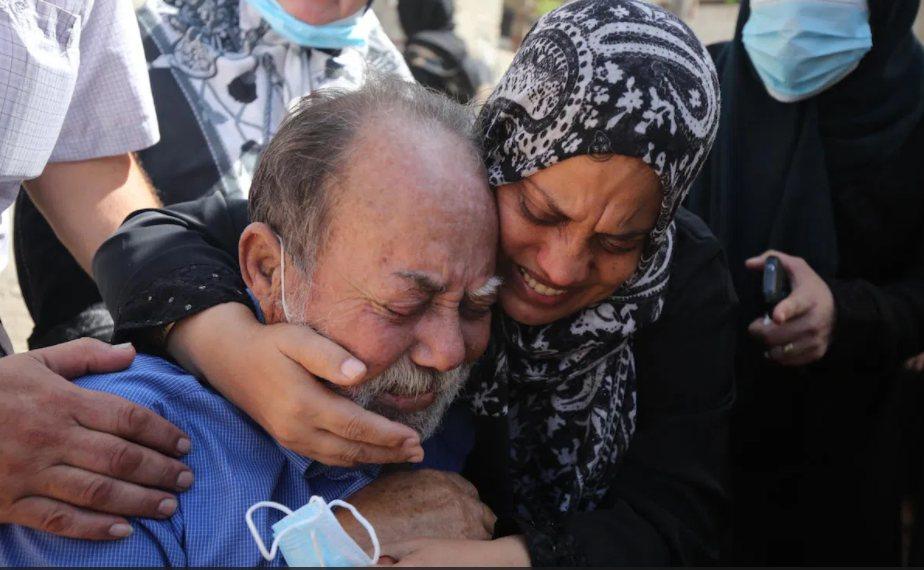 Image :Loved ones mourn the death of Palestinian fishermen after the Egyptian army shot them dead at the border of Rafah on 27 September 2020

The International Union of Muslim Scholars (IUMS) yesterday condemned the killing of two Palestinian fishermen by the Egyptian army.

IUMS Secretary-General Ali Al-Qaradaghi said in a statement that “the Union strongly condemns the incident of killing the fishermen Hasan and Mahmoud Al–Zazoua and injuring their brother Yaser in Gaza Sea by the Egyptian army.”

Al-Qaradaghi explained that the three fishermen “were looking for a source of livelihood to support their elderly parents, wives and children.”

He stressed that “shedding the innocents’ blood and the unjust loss of lives are great sins, as Allah Almighty says ‘But whoever kills a believer intentionally – his recompense is Hell, wherein he will abide eternally, and Allah has become angry with him and has cursed him and has prepared for him a great punishment’ (An-Nisa: 93) and also says ‘whoever kills a soul unless for a soul or for corruption [done] in the land – it is as if he had slain mankind entirely’ (Al-Ma’idah: 32).”

Al-Qaradaghi called on “the Egyptian authorities to expedite the investigation into the incident in order to prevent crimes of this type from happening again, and ensure retribution against the killers.”

He also offered the organisation’s condolences and sympathy to the families of the victims.