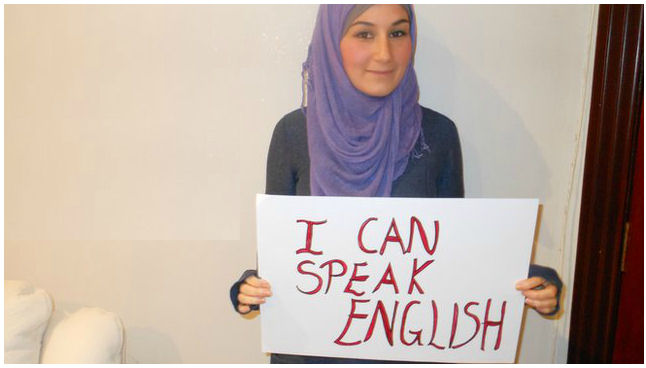 A group of Muslim women in Glasgow have created an exhibition to challenge stereotypes.

It comes after they spoke to pupils in the city’s schools who used words such as “terrorist”, “oppressed” and “uneducated” to describe Muslim women.

The exhibition called I Speak For Myself features Muslim women photographed with personal messages challenging convention.

BBC Asian Network reporter Catrin Nye spoke to some of the women involved.