Muslims give more to charity than other religious groups, new research suggests.

At almost £371 each, Muslims topped the poll of religious groups that give to charity.

When they donated last year, atheists averaged £116, The Times reported (£).

The ICM poll found that Jewish donors gave an average of £270 per person.

Roman Catholics averaged just over £178, Christians just under £178 and Protestants £202.

According to the poll of 4,000, carried out in conjunction with the JustGiving website, nearly four in 10 atheists did not donate at all, compared to three in ten Muslims, Catholics and other Christians, nearly three in ten Protestants and more than four in ten Jewish people. 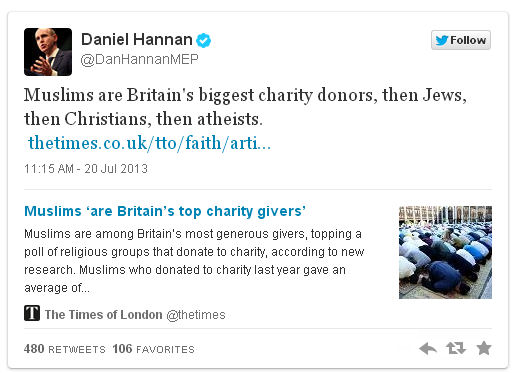 JustGiving said a growing number of Muslims were making their charitable donations online.

Zakat, one of the five pillars of Islam, is the compulsory giving of a proportion of one’s wealth to charity.

JustGiving said religious charities such as Muslim Aid and Islamic Relief benefited most, but many donations also went to the likes of Cancer Research, Macmillan and the British Heart Foundation. 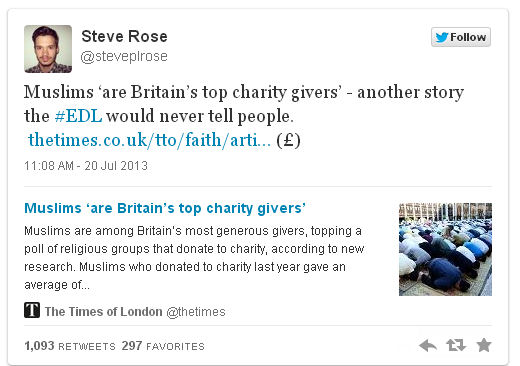 Zarine Kharas, chief executive of JustGiving, told The Times: “Our data shows many of Britain’s Muslim communities are at the forefront of digital giving, driving an increase in zakat donations.”

Farooq Murad, secretary general of the Muslim Council of Britain, said: “It highlights the true spirit and reality of Islam in Britain, in caring not just for the community but also humanity at large and supporting national causes.”