You Are Here » Home » Miscellaneous » Topical and Current Affairs » No, Afghanistan did not improve much with U.S. intervention 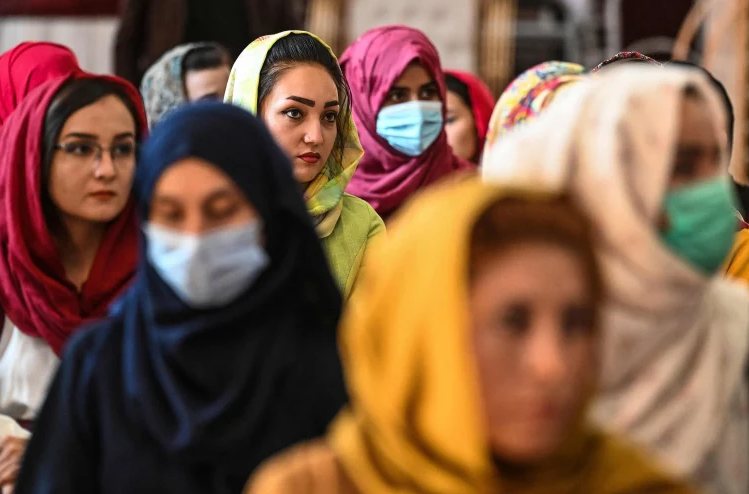 Critics of President Biden’s decision to withdraw from Afghanistan often paint a rosy picture of the country, arguing that with the help of the United States, the Afghan government had reached a stable stalemate with the Taliban and made great advancements for women’s rights. Afghans themselves would probably say otherwise.

It’s difficult to think differently after reviewing a 2019 survey of Afghan public opinion sponsored by the Asia Foundation, the latest in a 15-year series of polls. The foundation had polled thousands of Afghans each year since 2004 asking their opinions on a host of matters, including security and their views toward women. The 2019 poll, taken after news of peace talks with the Taliban had been mentioned but before any deals had been struck, provides an excellent snapshot into the facts on the ground in that nation.

Afghans’ concerns about security have also been on the rise. The 2019 poll found that fear for personal safety rose every year but one throughout the 15-year timeline. In 2006, only 40 percent feared for their safety; in 2019, 75 percent did.Think about that: Three-quarters of all Afghans worried that they and their family were in danger on the eve of the peace deal being negotiated by the Trump administration. Perhaps those in Washington who are proud of U.S. achievements in Afghanistan are okay with this assessment; Afghans themselves are unlikely to be.

Even this understates the true state of deterioration. Those who created the survey selected villages to visit (Afghans were interviewed in person because so few owned telephones). Each year, the methodologists had to replace some of the initially selected villages because they were inaccessible for one reason or another. The share of villages that pollsters were unable to visit rose from 6.8 percent in 2006 to 32.7 percent in 2019. The biggest reason villages were removed from the survey was “Taliban presence in the village, military operations, or other security issues.” Nearly 70 percent of the villages removed from the 2019 survey were excluded for this reason, up from about 33 percent in 2008.

This matters because Afghanistan remains an overwhelmingly rural country. Most Western reporters operate out of Kabul, which contains more than 4 million residents. But that’s only a bit more than 10 percent of the nation’s 37 million inhabitants. Fully 75 percent of Afghans lived in rural areas in 2019. If interviewers couldn’t get to a third of all villages, it meant they theoretically lacked access to nearly one-quarter of the entire population.

Afghans also remained resistant to the idea of gender equality. The survey asked many questions about women’s rights, and the answers to most — such as access to education — were suitably positive from a Western point of view. But one question shows how tenuous, and perhaps artificial, those positive answers were. Respondents were given six options for what a woman should wear in public. The No. 1 answer, chosen by 32 percent of Afghans, was the burqa. Twenty-eight percent chose the only slightly less oppressive niqab, which differs from the burqa only in allowing a slit for a woman’s eyes to be visible.

Fourteen percent chose the chador, the outfit that shocked Western sensibilities this week when CNN reporter Clarissa Ward wore it on camera, as the Taliban requires. Given that nearly three-quarters of interviewed Afghans think women should be allowed to appear in public only if they are dressed head to toe in black — a number that excludes Afghans in Taliban-contested villages that presumably hold even more restrictive views — it’s clear the country remains far from conducive to women’s rights.

It is also notable that the survey did not ask a single question about religious belief or practice. That’s a stunning omission, especially considering that the Taliban is motivated by an extreme view of Islam.

Biden’s haphazard and ill-conceived withdrawal surely caused the humanitarian crisis unfolding in the country. But no one should be under the impression that Afghanistan has greatly improved. This survey clearly indicates that the nation was steadily slipping out of control and remained barren ground for the Western-style society that nation builders tried to construct despite nearly 20 years of American-led war and reconstruction.
Share
Facebook Twitter Pinterest Linkedin