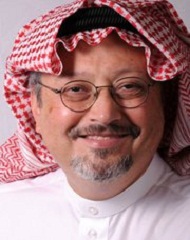 I managed to watch a big part of “Innocence of Muslims,” the controversial film which derides Prophet Mohamed (peace be upon him) and which triggered a spat of violent protests in Cairo and Benghazi last Tuesday.

However, it was the fact that a person had sent me that clip via Twitter to ask me to report it that managed to upset me the most; for by doing that, he actively participated in publicizing this film and as such he acted as idiotically as those who stormed the consulate in Libya and the embassy in Egypt.

I was extremely furious to see the Prophet insulted in such a disgusting way, but I would never engage in violent demonstrations or call for them, let alone storm the American embassy or attack it with missiles.

To pay tribute to the prophet I would, instead, call for punishing all those who attacked or called for attacking the embassy and the consulate. We have to have the courage to condemn our own people’s crimes before doing so with our enemies.

This movie is not the first of its kind and will not be the last. In fact, it would be possible for any scholar to write a whole thesis on the insults directed at the prophet by some Jews and Christians.

The fact is, Islam clashed with both religions, or rather their clerics, very early on. However, a lot of Jews and Christians found in Islam unprecedented tolerance and willingly converted. That is how Islam spread across the Levant, Iraq, Egypt, and North Africa. Those who did not convert coexisted with those who did and that was an ultimate proof of how tolerant Islam is. Comparing this to what happened in Spain after Christians defeated Muslims in the 15th century makes this argument much clearer.

This historical clash that has lasted for 14 centuries on both the military and the cultural levels but it took an ugly turn when it started targeting the prophet himself. The first case was in 749 A.D. when a monk called John of Damascus wrote a book in which he labeled the prophet an impostor, accused him of tampering with the Bible, and made false allegations about his personal life. This book was the start of a series of insults that more or less propagated the same lies including this latest film.

The relationship between Islam and Christianity has been tense since the conquest of Damascus in 643 A.D. and probably till September 11, 2001, actually till the present moment. Many people amongst us and them refuse to acknowledge changes that took place in the history of humanity, but this is a complicated philosophical issue that requires volumes and cannot ne summed in one article.

The prophet has been derided frequently at times through official papal instructions and at others through voluntary initiatives on the part of extremist priests. Even the enlightened fell into the same trap such as Martin Luther, the most famous reformist in the history of Christianity, and Italian poet Dante in his Divine Comedy. Sometimes those insults took an organizational form like the case of Christian zealots in Andalusia, many of whom were executed by the Caliph only to be gloried by their followers who in turn walked in their footsteps.

Several of those attempts took place in our modern time like the novel Satanic Verses by Salman Rushdie, the Danish cartoons, and the movie Submission written by the Somali-Dutch Ayaan Hirsi. The latest of those attempts was The Innocence of Muslims, but it will not be the last. In fact, it is easier to produce such works nowadays behind the façade of “freedom of expression,” a very vague term in the West, one that allows people to desecrate the holiest of beliefs, with the exception of course of the Holocaust that can never be doubted or questioned.

On the other hand, we must have realized that there was nothing “innocent” about the film; as it is certainly not an exercise of the right to freedom of expression as it claims to be. Like all other anti-Islamic works, there is always a political agenda involved. There is no longer a Pope in Rome who orders one of the monks to write a book that derides the prophet. It is rather a conservative xenophobic right and the film illustrates this point since it is the result of collaboration between an Israeli director, an American producer, and extremist Copts.

But those who react to this through inciting violence are not innocent as well, for they too have a political agenda.

In fact, there seems to be some kind of an “unholy pact” between the two camps as one acts and the other reacts. Those who insulted the prophet could predict the ensuing violence which was actually the main purpose of making the movie in the first place.

The second camp is made up of conservative far-right Islamists which is a xenophobic as the first one. Its members are intolerant to other religions and sects and are totally against all sorts of reforms even within their own community. The best ideology to represent this trend is that of al-Qaeda, whose flag the protestors raised above the American embassy in Cairo.

In Europe, dealing with extremist groups is always tricky. They are usually banned when the law permits it like what happened with neo-Nazi movements, which are always vulnerable if only because they represent a trend that was crushed in World War Two. But when one of those groups gains legitimacy and turns into an officially recognized ultra-conservative party, it becomes respected and even popular like the National Front in France. Former French President Nicolas Sarkozy exaggerated in his stance against immigration to win the votes of the extremist right, but they did not save him in the last elections because they knew he was not genuine. That is why they supported Marine le Pen, the candidate that really represented them, when they thought she stood a chance to win.

But intellectuals are different from politicians for they enjoy a greater deal of freedom and that is why they are vocal about their stances against extremist groups and many of them wrote entire books dedicated to deconstructing their ideologies and warning of the threat they pose.

In our region, politicians are repeating Sarkozy’s mistakes through being lenient with extremists and even currying favor with them because they need their support in elections or at least try to ward off their evil. At the end, they will be ruthlessly stung by them like what happened with Egyptian President Mohamed Mursi and other Arab leaders who thought they could “dance with the wolves.”

As for Arab intellectuals, their hands are tied to a great extent, for the moment they start criticizing those groups they are accused of treason and apostasy. Politicians make it worse because they sometimes accuse intellectuals of spreading chaos when they lash out at extremists who they are always trying to appease. Intellectuals, in turn, are left with no choice but to pull back and change their tactics. That is why they turn to symbolism and subtle references and would end their articles with phrases like, “If only my people knew!”

(Jamal Khashoggi is a writer for Al-Hayat newspaper where this article was published on Sep. 15, 2012)