Normalisation has failed to change Arab solidarity with Palestine

Arab solidarity with Palestine has not changed. Those who are normalising with the Israeli occupation are an isolated few who seek small gains and ignore the best interests of the people The Arab nation’s conscience cannot be changed by an artificial online army or poisonous and suspicious television programmes during Ramadan, or by false allegations that contradict our history and our faith.

Growing anti-normalisation sentiments confirm the failure of campaigns aimed at embellishing Israel’s image and inciting against Palestine and its people. Some Arab regimes under the spell of Zionism and Donald Trump have spent billions of dollars on such campaigns in preparation for normalisation and the establishment of diplomatic relations with Israel. And all to no avail, because they have gone unheeded.

The past days and weeks have proven that the Arab people are against normalisation and that all attempts to falsify public opinion have failed, as have all efforts to demonise the Palestinians and get people to hate them. They have also proven the failure of attempts to convince the Arabs that Palestine is a marginal issue of no importance, and that Israel is a friend which can be useful to us. None of this nonsense has worked.

For the first time we have seen normalisers resort to promoting and justifying their steps towards Israel by demonising the Arabs of Palestine. Previous normalisation was justified on the basis that it was a way to solve the Palestinian issue, restore Palestinian rights and implement international law through peace treaties instead of resistance and war. This was the claim made by Egyptian President Anwar Sadat in 1978 and Jordan’s King Hussein Bin Talal in 1994 when they signed peace treaties with Israel. 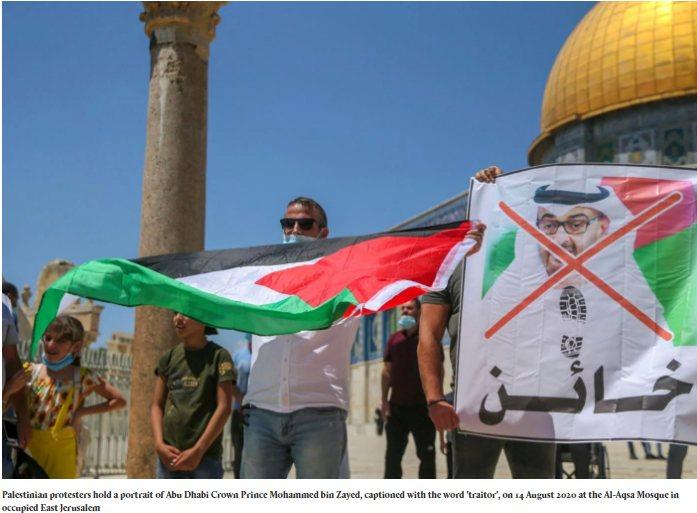 Latterly, the campaign to demonise the Palestinians and boost Israel’s image in the Arab world began in earnest around 2016, and went further when Trump arrived in the White House. His obvious and very open support for Israel culminated with his “deal of the century”, which some Arab regimes swallowed whole and decided to push it forward, spending billions of dollars in the process.

The failure of their campaign has been evident on social media. The flood of anti-normalisation posts has swamped the electronic army engaged to promote the normalisation deception. It is now obvious that the colonial state of Israel and its vile occupation of Arab land cannot be transformed into an integral part of the region simply by taking a political decision in one or more of the Gulf capitals.

It is gratifying to see that the popular and official positions of many Arab countries still reject normalisation. Take a bow Kuwait, Algeria, Morocco and Tunisia, to name but a few.

Kuwait is probably the clearest and most honourable example, as it has resisted pressure from other Gulf States and remains loyal to the Palestinians. The latter still remember that Fatah was established in Kuwait and benefited from the solidarity of the Kuwaitis and their warm embrace.

Moreover, in Sudan the people still honour their promise to Palestine. All of the political forces there have announced their rejection of the extortionate attempts to push Khartoum towards normalisation with Israel in exchange for removing the country from the US list of states which support terrorism.

All of this confirms that Arab solidarity with Palestine has not changed, and that those normalising with the occupation are the exception, not the norm. 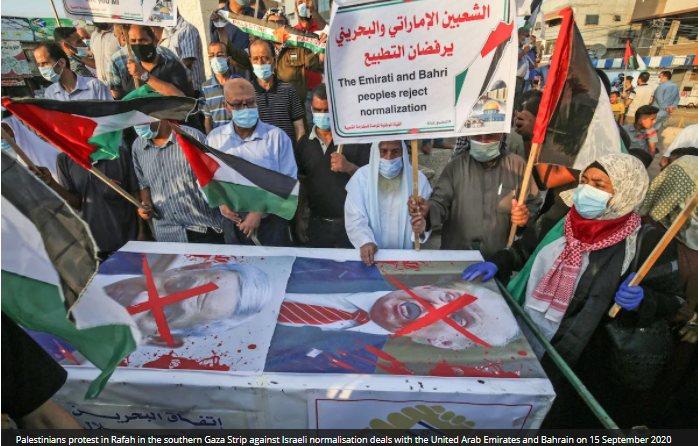