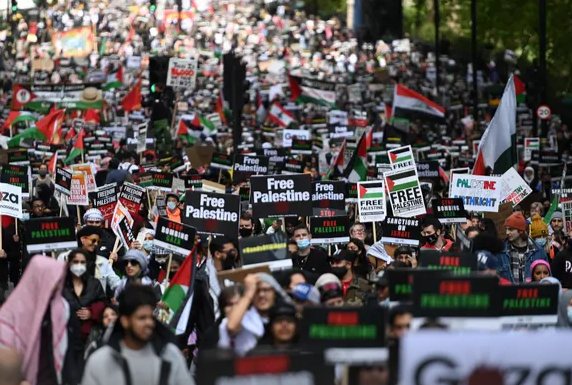 Thousands of people have gathered in central London in solidarity with the people of Palestine. Organisers estimated that more than 180,000 joined the protest on Saturday, and that it could be one of the largest pro-Palestine demonstrations in British history. The protest went ahead despite the announcement of a ceasefire on Friday morning after a 11-day Israeli bombing campaign, with organisers saying they wanted to demand that the UK government implement sanctions on Israel 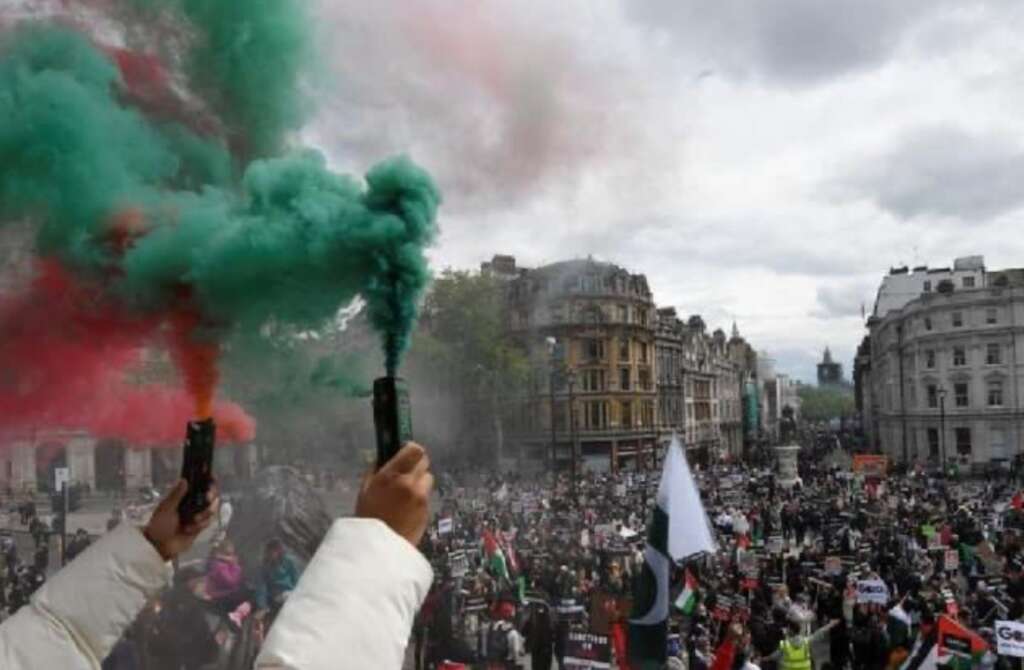 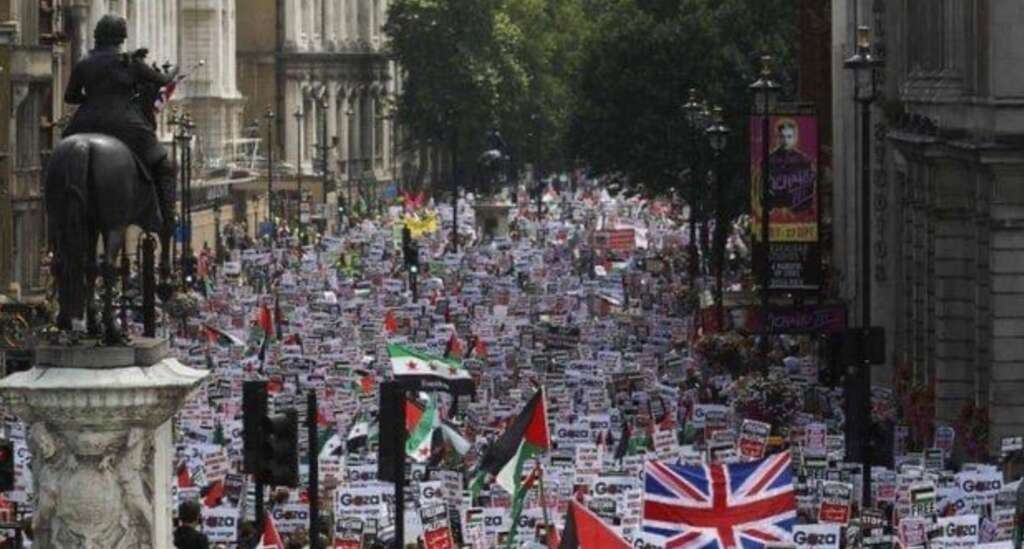 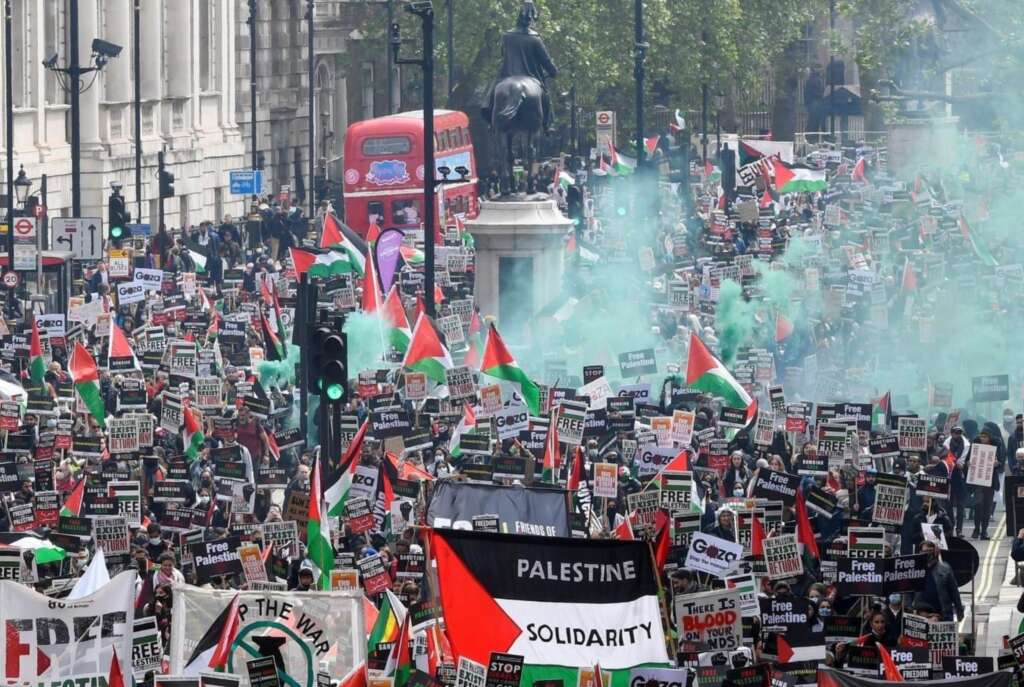 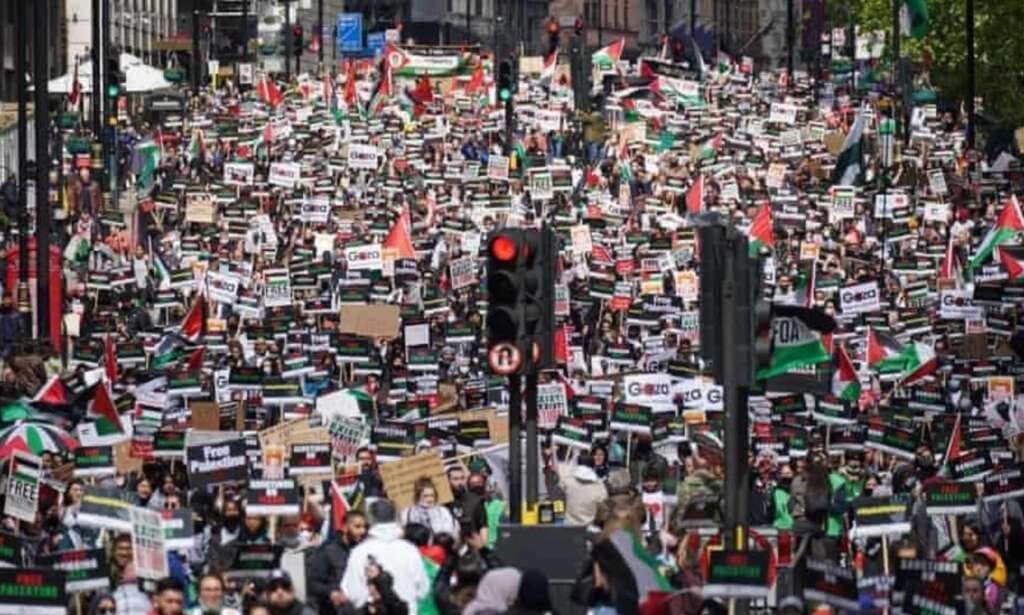 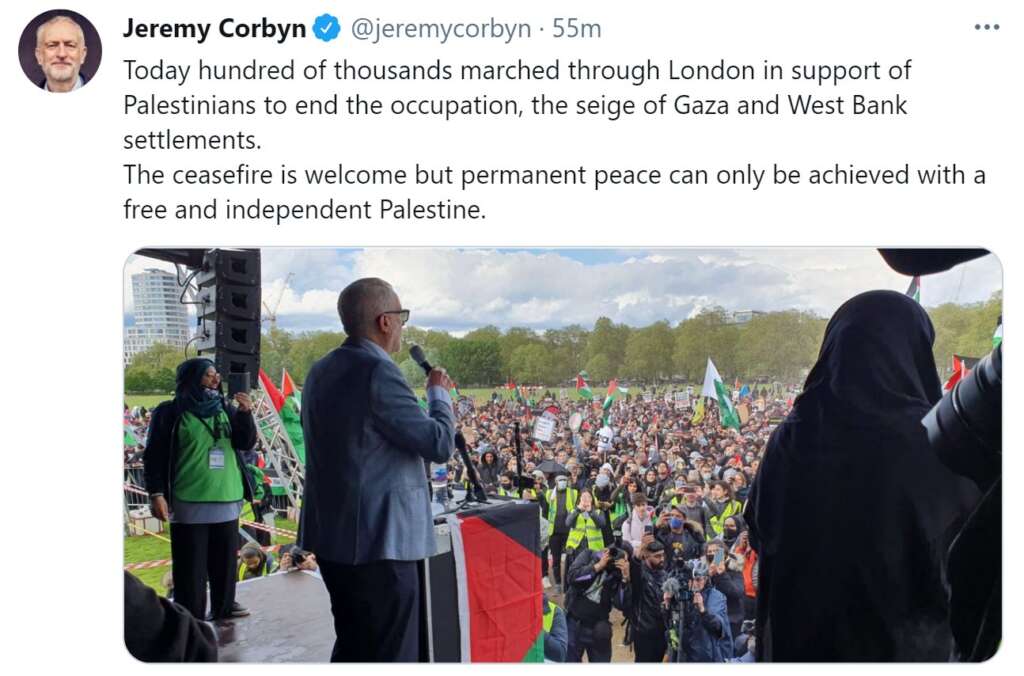 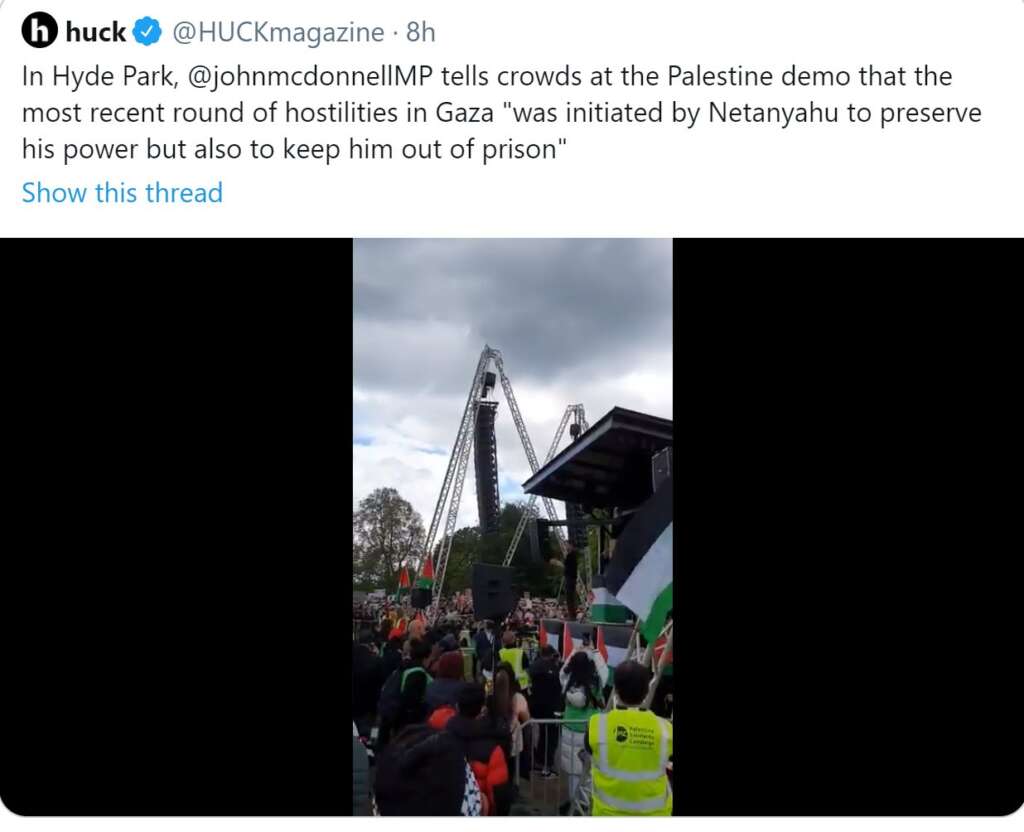