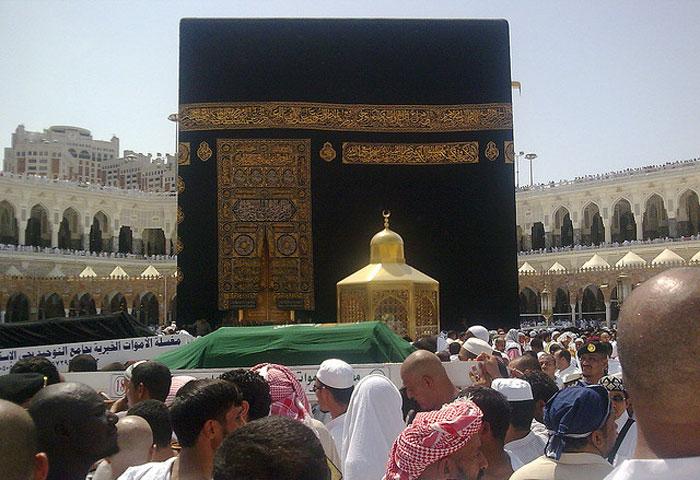 Participation in the burial service of a Muslim and accompaniment of the funeral procession up to the graveyard have been designated as acts of great merit in ahadith: in fact our most exalted Prophet ﷺ has called it a right of the dead that the living ones pray for them and accompany them to the graveyard.

Although participation in burial service and burial are ford kifayah, i.e. if a few do these, it does not remain compulsory for others, yet both are acts of great merit.

“Whosoever participates in burial service (namaz-e-janazah) carps one carat and if he remains till burial is complete, then he gets two carats, each carat being equal to the Mount of Ohud”.

They should participate in this prayer not as a matter of pure form but for the sake of Allah’s pleasure; this would certainly fetch much merit. Accompanying the funeral procession after the prayers is, as said above, an act of great goodness which, according to Mujahid, is of a higher order than nafl prayers. (Fath- al-Bari. p.193. vol 3. ref. Abd-al-Razzaq).

It is an act of great merit to offer condolences on somebody’s death and to console the bereaved family by word and deed. Abd Allah ibn Mas’ud رضي الله عنه has quoted our beloved Prophet ﷺ as saying:

It may be noted that condolence is generally taken to mean expression of grief and so, instead of consoling and comforting the bereaved family, causes them more grief. Condolence actually means consoling and sympathizing, hence it encompasses all ways and means of comforting the mourners and giving them solace and reducing their anguish.

The act of comforting does not deserve and earn merit only when someone dies: the Hadith quoted above shows that comforting and commiserating with anyone who is in pain, trouble, or sorrow earns the same merit as the sufferer is getting for his suffering.